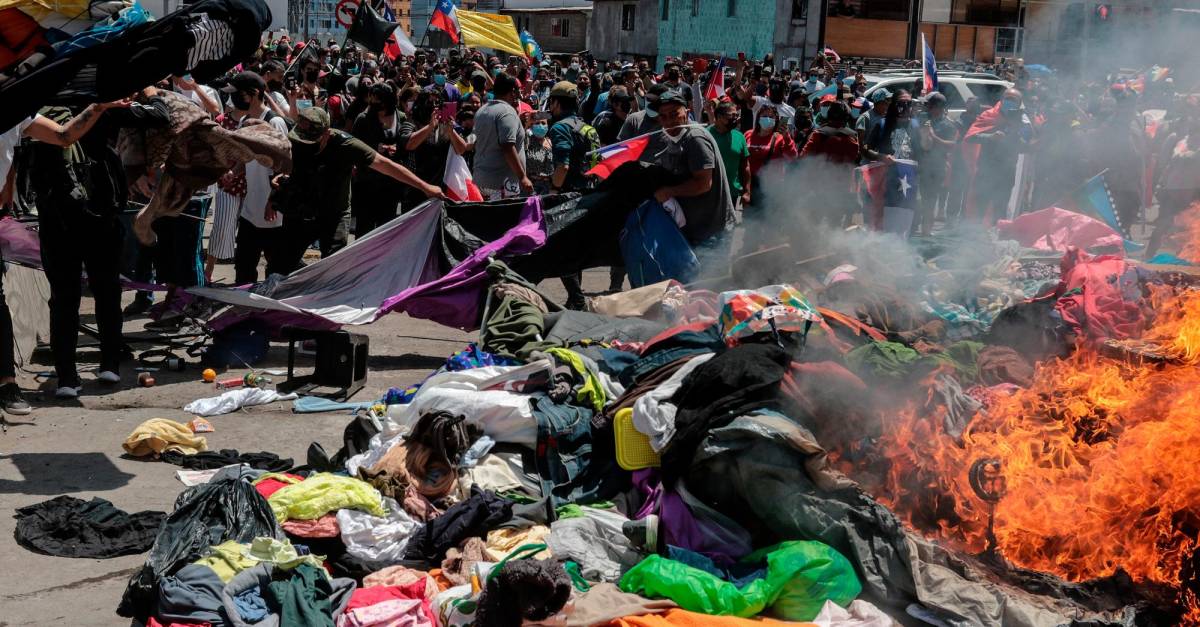 The Government of Venezuela on Sunday repudiated the attacks against migrants that occurred in recent days in the city of Iquique, in northern Chile. where protesters set fire to the belongings of a group of foreigners, including several Venezuelans.

“Venezuela repudiates xenophobia and attacks against Venezuelan migrants and demands that the national and local authorities of Chile respect the physical and psychological integrity of our nationals,” said Executive Vice President Delcy Rodríguez on Twitter.

The events to which the official refers took place at the end of a massive march in Iquique, in the north of Chile, which was attended by some 5,000 people, and in which a group of protesters burned the tents that were used by foreigners to spend the night in squares and beaches.

In this regard, Rodríguez reported that President Nicolás Maduro ordered the activation of the so-called Vuelta a la Patria plan, a plan that seeks to facilitate the return of migrants suffering from xenophobia in receiving countries, so that Venezuelans attacked in Chile could return to Venezuela.

The UN special rapporteur on the human rights of migrants, Felipe González, described the event as an “inadmissible humiliation.”

“Inadmissible humiliation against especially vulnerable migrants, affecting them in the most personal way,” González wrote on Twitter regarding these events.

“The xenophobic discourse, assimilating migration to crime, which unfortunately has become increasingly frequent in Chile, fuels this kind of barbarism”He continued.

Speaking to Efe, the director of Incidence and Studies of the Jesuit Migrant Service (SJM), Carlos Figueroa, also condemned the violence of this march, “occurred in response to a humanitarian and health problem”.

To date, there are around 3,500 migrants – according to some neighbors – who are stranded on the streets of Iquique, most of them after having entered Chile through non-authorized border crossings and crossing the route to the coast.

Most come from Venezuela looking for an opportunity in Chile, but amid sanitary restrictions, immigration policy and the scarcity of economic resources, they are trapped without being able to continue the trip, sleeping in shelters or makeshift camps.

According to the Investigative Police (PDI) of Chile, Between January and July of this year, 23,673 complaints were registered for entering that country through non-authorized steps, which is 40% than in all of 2020.