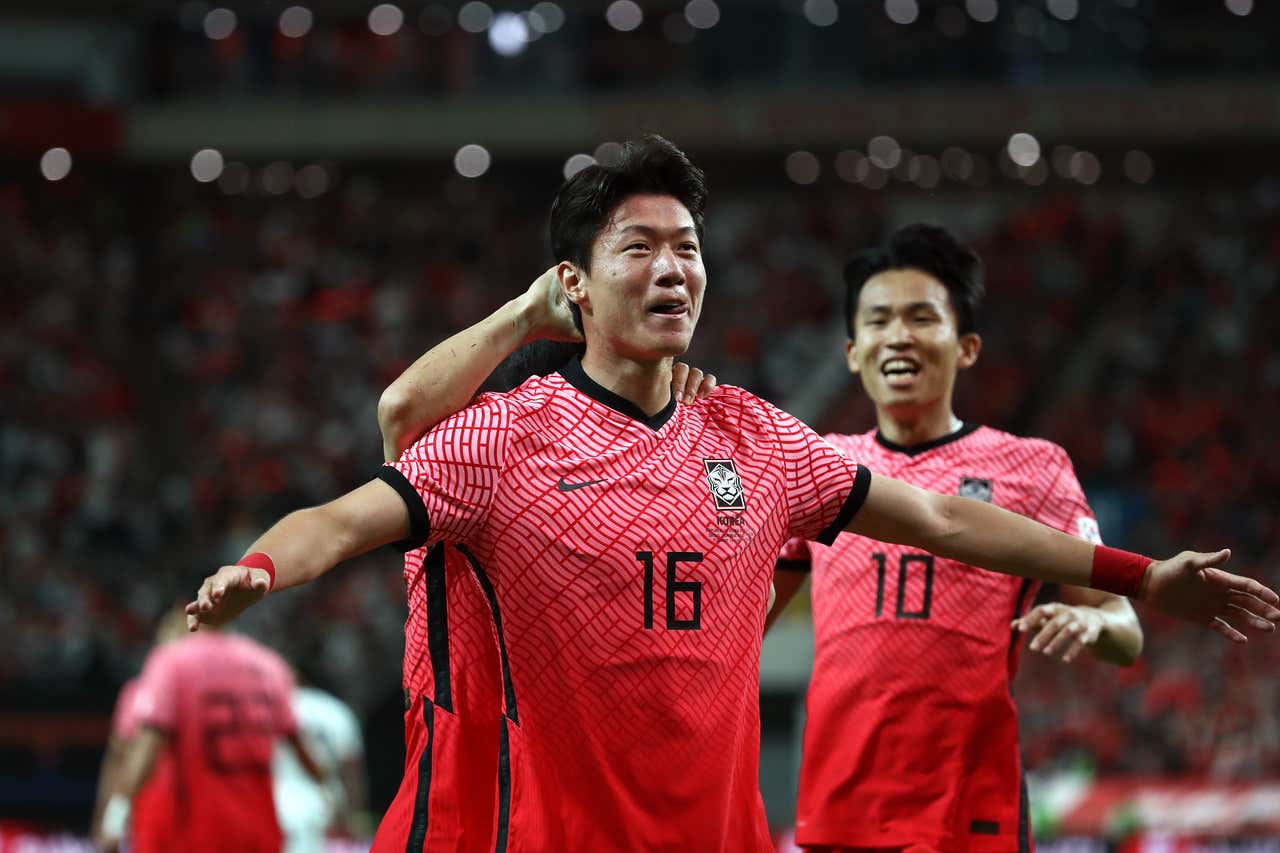 [골닷컴, 상암] Reporter Kang Dong-hoon = National striker Hwang Eui-jo (29, Girondaeng Bordeaux) performed a ‘shhh’ ceremony after scoring against the world’s strongest Brazil earlier, and then played it again against Egypt. While being called Hwang’s Joe Signature Celebration among fans, he opened up the possibility, saying, “I’m thinking of giving it a try.”

Hwang Ui-jo started in the last friendly match in June at Hana Bank invitation against Egypt held at the Seoul World Cup Stadium at 8 pm on the 14th and led the attack with Son Heung-min (29, Tottenham Hotspur) in a two-top attack, leading to a 4-1 victory.

Hwang Eui-jo broke the goal net with a header shot as Kim Jin-su (29, Jeonbuk Hyundai) made a precise cross in front of the gate from the left flank in the 16th minute of the first half. With his goal, he ran in front of the fans, closed his eyes and put his right index finger to his mouth to perform a ‘shhh’ ceremony.

Then, in the 22nd minute of the first half, in a corner kick situation, he exquisitely changed the direction of the cross to the head and dropped it in front of the door, and helped Kim Young-kwon (32, Ulsan Hyundai) score an additional goal. After that, he showed agility from the front until he was substituted out in the 34th minute of the second half. In the midst of such performances, Hwang Eui-jo was selected for the Gyeonggi MOM (Man Of the Match) and was awarded trophies and prize money.

Hwang Ui-jo, who attended the official press conference after the match, said, “We played a good game according to the plan we wanted. I think we did well as we scored a lot of goals.” It was satisfying and meaningful to put it in,” he said with a happy feeling.

He continued, “I want to give 50 points for 4 consecutive games. Although I scored, there were games where the results were not good, and there were also games where we were dragged to equalize. I was grateful for the many fans who came to visit me throughout the match. I will show you a more advanced image until the next convening.”

Following the last match against Brazil, on the same day, after scoring, a ‘shhh’ ceremony was held. Regarding this, Hwang Ui-jo said, “There is no particular meaning,” but “I’m thinking of continuing it if there is an opportunity,” leaving the possibility of developing into a new signature ceremony.