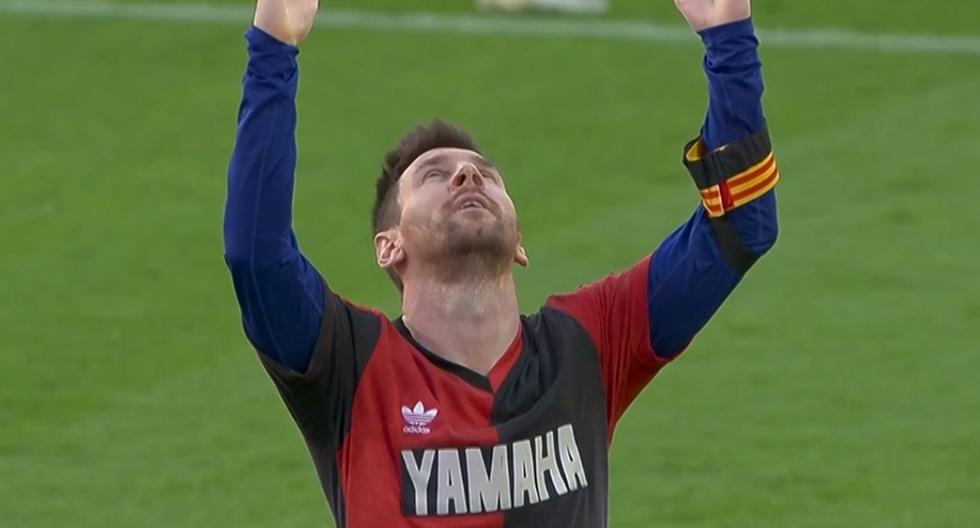 The best tribute of the many that have been seen so far after the death of Diego Maradona. And Lionel Messi did it in the Barcelona vs Osasuna for the date 11 of LaLiga Santander in the Camp Nou, after marking the 4-0 with which the Barcelona team prevailed in their fiefdom.

Leo scored a great goal after getting rid of several rivals and shooting from outside the area, and in celebration, Maradona dedicated the goal to him in a special way.

Messi took off his Barça shirt and showed the one he had inside: one from Newell’s Old Boys, a team of which he is a fan and that ‘Pelusa’ defended in his time as a player.

In the preview of the game, Barcelona coach Ronald Koeman was satisfied with the return to the call-up of forward Lionel Messi and midfielder Frenkie de Jong, whom he gave a break to face Dynamo Kiev in the last match of the Champions League.

To face Osasuna this Sunday in LaLiga Santander Koeman will not be able to count on the injured Gerard Piqué, Sergi Roberto, Samuel Umtiti, Ronald Araujo and Ansu Fati. To them we must add the doubt of Sergiño Dest, who also has physical problems.

In Europe, Barcelona comes from beating Dinamo Kiev at home (0-4) with a refreshment eleven full of young footballers. In LaLiga, to offer, again, a poor image against Atlético de Madrid Wanda Metropolitano (1-0).