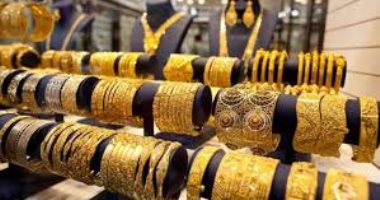 Gold prices fell a while ago in the Egyptian market by about 8 pounds, after the global price of the yellow metal fell to levels of 1889 dollars per ounce, and 21 karat gold, which is the best-selling in Egypt, went down from 835 to 827 pounds per gram at the time of drafting these lines.

The movement of gold is still volatile, after recording yesterday the highest levels in almost a year, as the price of an ounce of gold in some trading sessions reached 1970 dollars, gold returned to decline at the close of trading yesterday, to descend to levels of 1888 dollars, while the scene of the Ukrainian-Russian war remained dominant, as Demand for gold and other safe havens is back on the rise.

Palladium led the precious metals’ gains as fears escalated in the wake of Russia’s invasion of Ukraine that a war in Europe could erupt, prompting investors to shy away from risky assets and seek safe havens..

Where palladium jumped more than 7% to $ 2665.99 an ounce, its highest level since August last year, before giving up its gains and returning to the red zone with the conclusion of trading Thursday..

Are these price levels fixed or continuous?.. The acceleration of events in the markets makes the prices of stocks, gold, currencies and oil constantly change, so the news advises against speculating now because of the possibility of exposure to loss..

The United States largely relaxes its recommendations on the mask

realme launches realme 9i in the Egyptian market and 2 Series r . phone