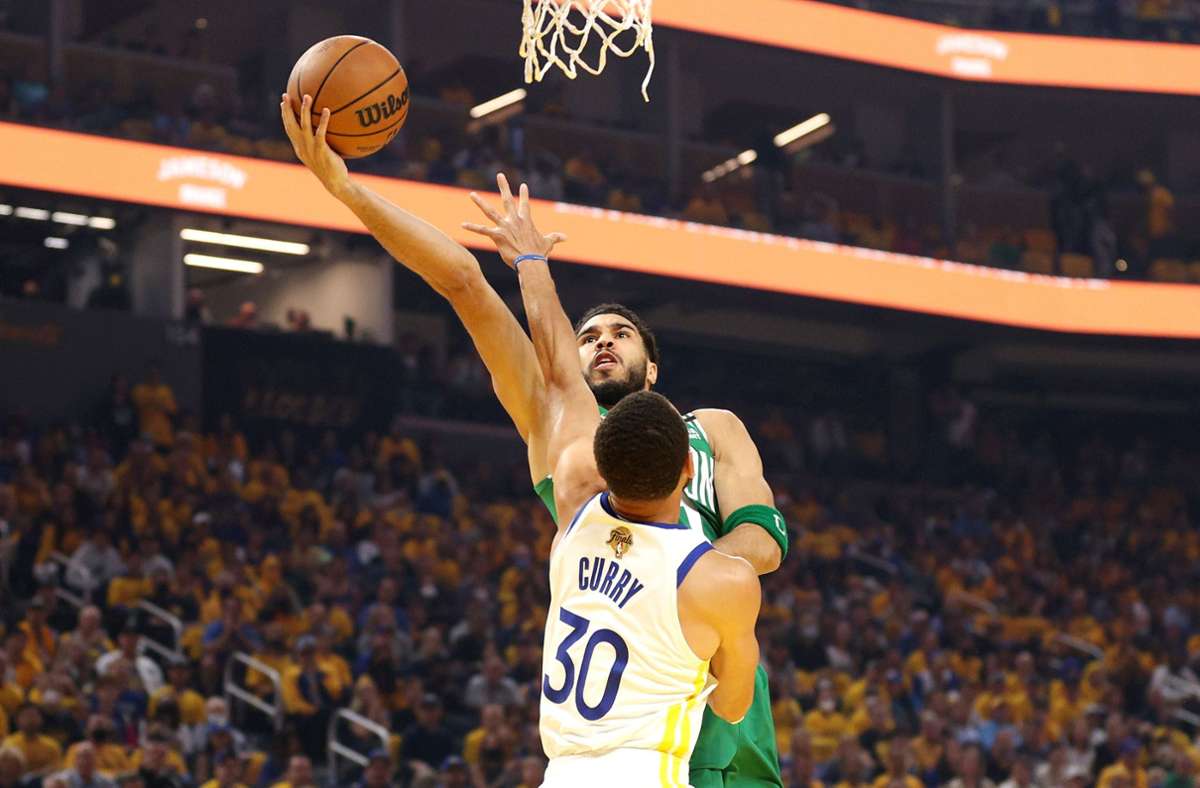 The score is 2-2 in the NBA Finals between the Golden State Warriors and the Boston Celtics – and the tension before the decisive duels reaches its peak.

The NBA Finals between the Golden State Warriors and Boston Celtics are practically back at the beginning before the fifth game. Before the game in the night from Monday to Tuesday (3:00 a.m. CEST) in San Francisco, the score is 2: 2 – the best-of-seven series becomes a best-of-three duel. “The whole world is watching you, it’s about being the last team, I love everything about it,” said Golden States Stephen Curry, who has been the standout player in the Finals series so far.

“I think the narrative is just opening up [Stephen] Curry and what he does,” said Celtics coach Ime Udoka about the Warriors star. Curry played a large part in the Warriors’ equalizer in game four with 43 points and has converted at least five three-pointers in each of the final games so far. In view of Curry’s consistency, Udoka also added that so far it has been more decisive how Boston is doing on the offensive.

The Celtics, in which Daniel Theis played in the first two final games, are particularly concerned about losing the ball. If they allow themselves more than 16, like in finals games two and four, they’ve lost every playoff game that year. With fewer ball losses, however, they have a balance of 14:2. Boston benefits from the fact that the team has already won close series against the Miami Heat and Milwaukee Bucks, especially with important away wins – and seven in a decisive game.

The importance of gas for industrial growth