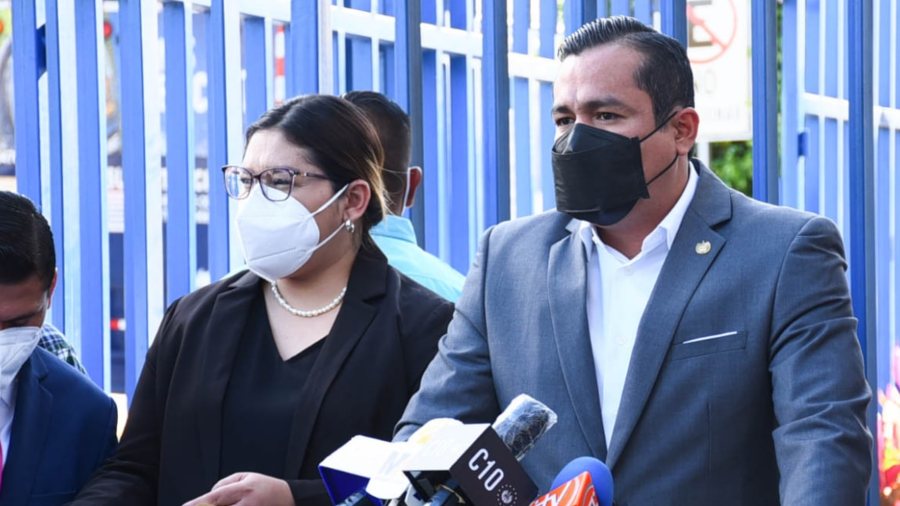 Minister Alejandro Zelaya said this afternoon that what was said by magistrate Roberto Anzora a week ago is a lie and that it is not lawful for him to have revealed data from an ongoing audit.

The Minister of Finance, Alejandro Zelaya Villalobo, went this afternoon to the Attorney General’s Office to present a criminal notice against the president of the Court of Accounts, Roberto Anzora, because in his opinion he violated the Criminal Code and ethics, but He also advanced criteria when he revealed that the government did have income to pay the Fodes to the mayors.

“Let Magistrate Anzora tell us: How many times has the Court of Accounts carried out a process of accessing files and revealing the information before ending the investigation?” Said Zelaya, accompanied by the Vice Minister of Finance, Jerson Posada.

For the head of the Treasury, magistrate Roberto Anzora violated the Penal Code and the Code of Ethics, but also violated the auditing regulations by revealing information from audits in progress.

SEE ALSO: The Court of Accounts confirmed that the Treasury has money to pay the mayors and the Assembly

“It revealed information from ongoing audits. It seemed strange to me that the preliminary information from the audit did not reach (the Ministry of Finance). He came out to say that there were funds to pay the FODES, which is a lie, ”the minister snapped.

A week ago, the president of the Court of Accounts revealed that the government did have the income that allowed it to pay not only the Fodes to the mayors.

The mayors have been publicly complaining, have made demonstrations and have presented a lawsuit of unconstitutionality against the Ministry of Finance for the delay of five months of 10% of the nation’s budget for the communes, money with which the Treasury has been claiming that he has no money due to the drop in income to the treasury and that he will make disbursements in priority issues, something that contravenes the law, which forces him to deposit little more than $ 40 million to the municipalities every month.

Anzora said that time that the Treasury has also had income to pay the salary to the workers of the Assembly and the Judicial Branch, whom he kept for almost a month without the salary claiming not to have money, something highly questioned by different sectors that pointed out that the government has had to make onerous expenses in advertising and other items that are not urgent.

SEE: Minister of Finance admits that he does have $ 75 million available for mayors

“According to the data, the preliminary financial analysis that the audit teams have, we have confirmed that there were indeed funds to make the transfers,” Anzora said on November 19.
He explained that the government had financial resources from January to September, according to the analyzes.

Having disclosed this information has been enough for Zelaya to say that what Anzora said is a lie and that he has violated ethics and the law.