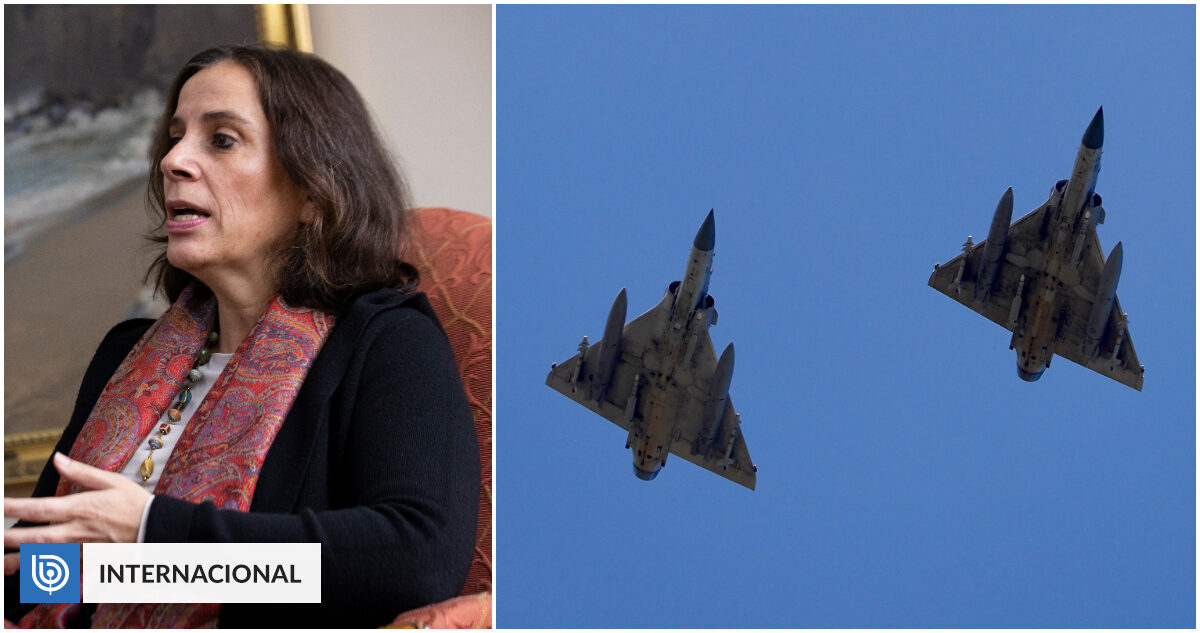 China insists on “reunifying” the People’s Republic with the island, which has been governed autonomously since the Kuomintang (KMT) nationalists withdrew there in 1949 after losing the civil war against the communists and continued with the regime of the Republic of China.

The Government of Chile expressed on Tuesday its support for China in the dispute it has with Taiwan and expressed its “permanente” commitment to the principle of “one China” defending Beijing.

the chancellor Antonia Urrejola, had a telephone conversation with the Chinese State Councilor and Foreign Minister, Wang Yi, in which he transferred “Chile’s permanent commitment to the ‘One China’ principle expressed since the beginning of the bilateral relationship in 1970”.

“Both authorities agreed on the importance of multilateral dialogue, the defense of International Law and the principles of the United Nations Charter,” the Chilean Foreign Ministry said in a statement.

Following the trip by the Speaker of the US House of Representatives, Nancy Pelosi, to the island earlier this month, China began military maneuvers around the island.

Added to this was the response with trade sanctions to some Taiwanese products, as well as to the veteran Democratic politician.

China claims sovereignty over the island and considers Taiwan a rogue province since the nationalists of the Kuomintang withdrew there in 1949, after losing the civil war against the communists.

The Asian giant is one of Chile’s main trading partners, with which it established diplomatic relations in 1970 and signed a Free Trade Agreement (FTA) in 2005.

In 2019, the bilateral trade volume reached 41,000 million dollars, 5.8 times more than before the signing of the FTA, according to official data.

During their talk, Urrejola and the Chinese minister also “They agreed on the importance of diversifying the bilateral relationship based on cooperation in various fields.”

The above, such as “the development of vaccines, drug production, clean energy generation and 5G communication, among others,” the statement said.

The Chinese official also reiterated the invitation for the Chilean president, Gabriel Boric, visit the country in 2023, which “accounts for the convergence of mutual interests”, added the Foreign Ministry.