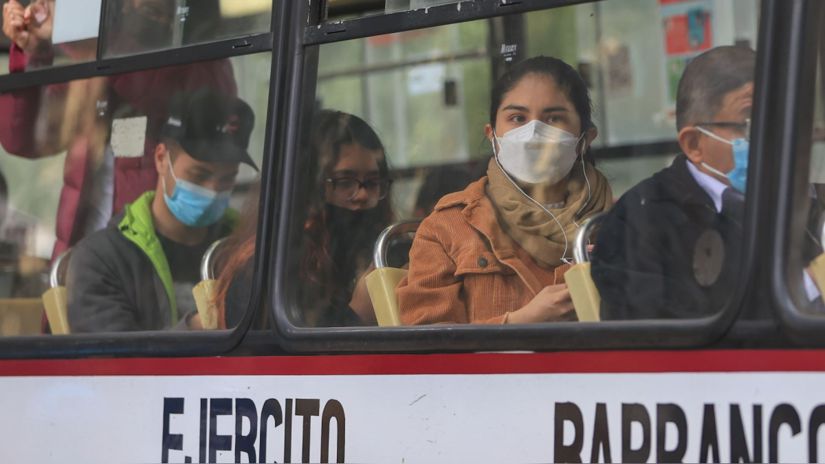 The government enacted regulations mandatory use of masks in hospitals and public transport, as announced on September 22 by the Minister of Health at a press conference. In addition, he extended the state of emergency nationwide.

Under the Supreme Decree Nº 118-2022-PCM the government states in article 4.1 that “the use of a KN95 face maskor failing that, a three-fold surgical mask and a community mask (cloth) on top of it, in health establishments, vehicles of the ground transportation service for people and closed spaces without ventilation.

“The use of masks in open spaces and closed ventilated spaces is optional. The use of a mask is mandatory. KN95 face maskor failing that, a three-fold surgical mask and on top of it a community mask (cloth), for people with respiratory symptoms, both in spaces
open and closed”, is mentioned in the decree.

In addition, they maintain that in educational institutions, the use of the mask is optional for both students and teachers, but they must guarantee adequate ventilation in the classroom. For restaurants or similar enclosed spaces without ventilation “the mask(s) may be removed only at the time of eating food.”

In addition, the government extended the State of National Emergency, as I was going to culminate tomorrow, September 30. It will govern “as of October 1, 2022, due to the serious circumstances that affect the life and health of people as a consequence of the COVID-19“, rule that has been published in the Official Gazette The Peruvian.

The supreme decree indicates that, during the state of national emergency, the exercise of constitutional rights related to personal freedom and security, the inviolability of the home, and the freedom of assembly and transit in the territory, included in the article 2 of the Political Constitution of Peru.

Let us remember that the Minister of Health announced that it will no longer be mandatory to present the vaccination cardwhich was necessary to enter public premises.

“The use of meat It will also be gradually withdrawn. It will only be requested from all those who arrive from abroad, it will be mandatory to show their meat. Likewise, we have seen that on the border between Peru and Chile, Tacna, there have been queues because they had to fill out a form. That has also been excepted, it will only be necessary to present the vaccination card“, ad.

Biden asks during event about legislator… who died in August (Analysis)

007 car at auction, Ram 2500 Rebel and other industry events – Autoreview