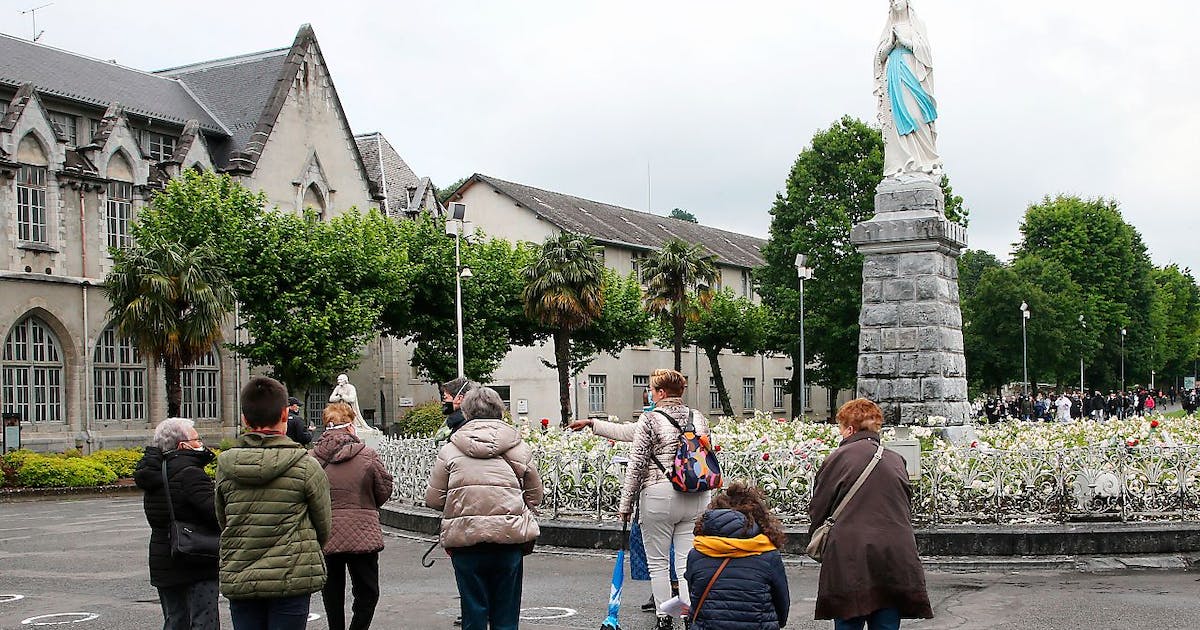 The French sanctuary of Lourdes is preparing to welcome around 60% of the usual pilgrimages, especially French people, in the coming months, its rector told AFP on Tuesday. Before the health crisis, the place attracted millions of worshipers from all over the world.

After a “historic” year 2020 with the closure of the sanctuary for two months and the cancellation of 85% of pilgrimages, “the prevailing feeling at the moment is hope,” says Bishop Olivier Ribadeau Dumas.

Thus, for the months of July, August, September and October, “more than 60% of the usual pilgrimages were maintained”, welcomes the rector of the sanctuary of Lourdes (Hautes-Pyrénées). He specifies, however, that projections for 2021 are only “30% more attendance than in 2020”, the pilgrimages in April and May having all been canceled.

“2021 will be a better year than 2020 even if we will not yet find the levels of 2019 where we were in a virtuous spiral, with an increase in the number of pilgrims from all over the world such as Brazilians, Filipinos or Koreans”, estimates Mgr. Ribadeau Dumas.

No faithful from across the Atlantic yet

“Those who come to Lourdes will be mainly French people. The Spaniards usually came in June but they were few in number this year ”, underlines the rector, insisting on the importance of Italian pilgrims in particular. “The airlines will reopen with a number of European capitals, but it will undoubtedly take longer for the faithful from across the Atlantic to return,” he adds.

According to him, despite the improvement of the situation, the operating loss of the sanctuary in 2021 is estimated at five million euros, higher than that of 2020 (four million euros), mainly because of “significant fixed costs and a reduction in state aid ”.

The sanctuary, which can accommodate up to 30,000 people on its 56 hectares, “is ready to welcome everyone, without worrying about the level of the gauges, but the processions will be made by gatherings of 500 people”, specifies the rector of one of the first Catholic pilgrimage sites in the world. The “sanitary pass” will not be required to access it.