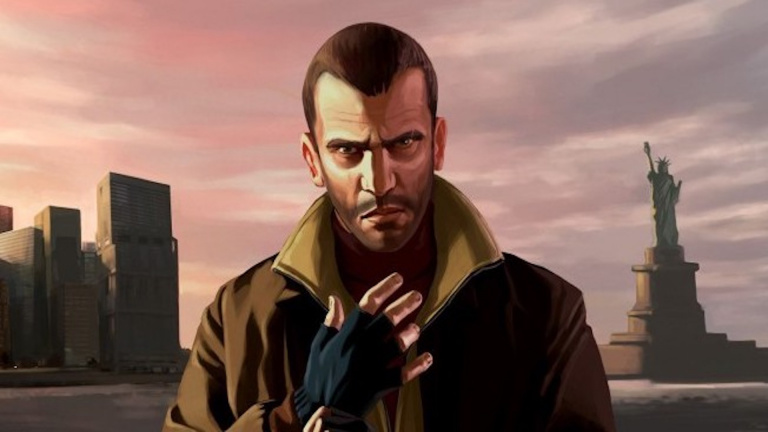 Game News Grand Theft Auto: an anniversary not to be missed for fans of GTA 5 and those waiting for GTA 6

During the 2000s, Rockstar Games built its legend around a flagship license: Grand Theft Auto. Now hard at work on the future of the franchise with the long-awaited GTA 6, which we imagine will bear this name, the New York studio remains faithfully attached to what made it famous, as evidenced by the success monumental of Grand Theft Auto 5, which was released on three generations of consoles. But before this revolution, there was Grand Theft Auto 4, an opus which will celebrate its fourteenth anniversary tomorrow.

The 2010s are fast approaching and, at their premises in the heart of the city that never sleeps, Rockstar Games must reflect on the transition that is coming. Indeed, for the teams of Sam and Dan Houser, Sony’s PlayStation 2 and Microsoft’s Xbox have spearheaded a more than insolent success thanks to hits such as Grand Theft Auto III, Grand Theft Auto : Vice City, Grand Theft Auto : San Andreas. It’s not for nothing that Rockstar devoted a remastering to them in the form of trilogy in November 2021, not without making a few blunders.

However, the new generation of consoles of the time, namely the PlayStation 3 and the Xbox 360, is emerging, and it absolutely makes them a new hit able to write a little more of their legend within the history of the video game. While consoles from Microsoft and Sony were released on November 22, 2005 and November 11, 2006 respectively, Rockstar, on the other hand, is giving itself the means to make this transition smoothly by developing a brand new game engine, called RAGE, which will accompany them for more than a decade.from Table Tennis to Red Dead Redemption II.

On April 29, 2008, it is therefore with immense pressure on the shoulders that, on the one hand, Rockstar launches on PC, PS3 and Xbox 360the two representatives of the new generation of consoles, and that, on the other, the illustrious Niko Bellic leaves his native Serbia to try to live the American dream in the city of Liberty City. A dream that will take on the appearance of a nightmare in the heart of the affairs of the sordid local mafia.

With this new story of which only Rockstar has the secret, Grand Theft Auto IV panics the counters well before his younger brother GTA 5 which will be released in September 2013. Even before the release of this fourth opus, the stock market is agitated on the side of Take-Two, analysts are already talking about colossal figures and receipts which amount to several million, for one, and hundreds of millions, for the other.

Au final, Grand Theft Auto IV is a game that, in its time, was already breaking records : the best-selling game in one day, the best-selling game in one week, etc. Until reaching, in 2012, a huge sales plateau with more than 25 million copies sold worldwide. Fourteen years later, the DNA of success is still very much present in the GTA franchise, and Grand Theft Auto 6 will certainly prove it to us. But, in the meantime, wish a happy birthday to GTA IV !