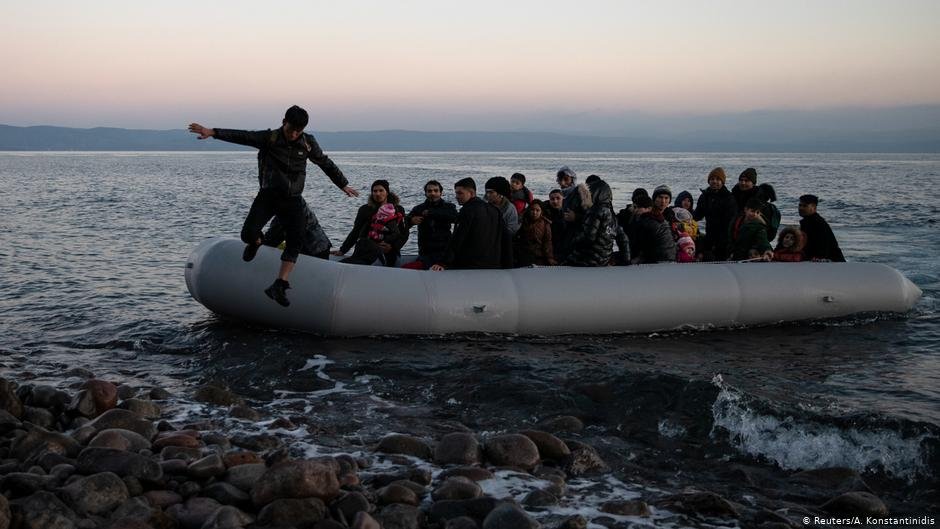 The floating barrier, almost three meters long and more than a meter high, off Lesbos will soon be erected, according to the Greek Ministry of Defense. With this artificial border, Athens hopes to reduce the arrival of migrants on the Aegean islands.

The floating barrier off the island of Lesvos wanted by the Greek authorities to stop the arrival of migrants will soon see the light of day. It is, according to the Greek Ministry of Defense, in its final phase: all the equipment has been delivered and the installation should not delay, he said.

Almost three meters long and more than a meter high, 50 cm of which is above the water, this artificial border should be installed in the northeast of the island where, since 2015, hundreds of thousands of migrants have crossed the Aegean Sea in makeshift boats to reach Greece and Europe.

A call for tenders had been launched by the Greek government on January 29. According to the text, the dam will be set up by the Greek armed forces. It should be embellished with flashing lights for better visibility. The total budget including design, installation and maintenance announced by the authorities is 500,000 euros.

This floating barrier project in the open sea had raised concerns among NGOs. “This plan raises worrying questions about the possibility for rescuers to continue to help those who attempt the dangerous sea crossing,” Amnesty International said.

For months, Athens has been trying by all means to prevent the arrival of new migrants on the Aegean islands where more than 33,000 asylum seekers are already crammed, with a capacity of 5,400 places. Greece is also regularly accused by NGOs and migrants of violent “push back” on the open sea: Greek forces would forcibly return migrant boats to Turkish waters so that they do not reach the Greek coast.

With the coronavirus crisis, arrivals on the islands facing Turkey have dropped drastically. Since April, only 350 people have arrived on the island of Lesbos. But the Greek authorities fear a resurgence of departures from Turkey with the end of containment measures imposed in the country to fight against the coronavirus pandemic.