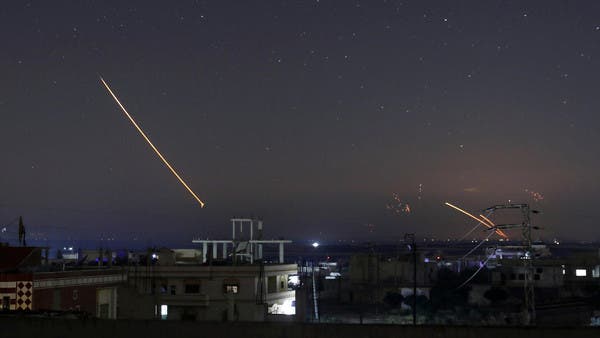 The Israeli air strikes, which took place on Wednesday evening, targeted new locations of the Lebanese Hezbollah militia, in Homs Governorate, located in central Syria and other parts of its countryside, sheds light on the recent series of targets that targeted the militia during the past 6 months, that is, since the beginning of this year, as well as sheds light on the relationship between the parties on the ground.

Lost Israel has implemented since the beginning of this year To date, more than 14 targets, whether through missile or air strikes, have resulted in the injury and destruction of about 41 targets, including buildings, weapons and ammunition depots, headquarters, centers and mechanisms, and these targets have been met with Russian silence or disregard at best.

Perhaps the latest strikes are the second in just a week. Last Monday, at least 5 pro-Iranian fighters were killed in an Israeli bombardment of locations where they were stationed in Aleppo Governorate, northern Syria.

Six months ago, these strikes also caused the death of approximately 104 people, distributed among about 7 targeting Damascus and its countryside, 3 targeting Quneitra and 2 targeting Hama, and one each in Deir ez-Zor, As-Suwayda, Latakia, Homs, and Aleppo.

Several areas were also targeted in one day, according to the Syrian Observatory for Human Rights.

Usually, the Israeli bombardment focuses on Iranian militia sites only, and results in the destruction of sites and depots of weapons, missiles and ammunition.

According to the observatory, this bombing comes with a Russian green light, as Moscow does not object to Israel’s targeting of Tehran’s militia sites in Syria, but rather considers the strikes an important factor in order to limit Iran’s role in the country, as the different strategies between Moscow and Tehran have created a clear competition for all parties despite denying them.

Perhaps the economic goals of each party and the different from the other, and the Russian silence regarding the Israeli attacks on Syria, and the attempt of some armed groups loyal to Tehran to be present in Latakia Governorate is what triggered a kind of confrontation between them, which has appeared again recently, especially about recruitment operations in some areas.

They both use local groups to achieve their goals and eventually compel each other to make some concessions.

No to the consolidation of the Iranian presence

As for Israel, it rarely confirms the implementation of strikes in Syria, but the army stated in its annual report that it bombed about 50 targets in Syria during the year 2020, without providing details about them.

However, it always reiterates that it will continue to confront what it describes as Iran’s attempts to consolidate its military presence in Syria.

Destruction of weapons and ammunition depots

It is noteworthy that, according to the latest information, the Israeli strikes, yesterday night, Wednesday, targeted military sites belonging to the militia, specifically in the area of ​​Al-Dabaa Military Airport, and Al-Qusayr in the western countryside of Homs, and other points of the same militia in the eastern sector of the Homs countryside, according to the Syrian Observatory for Human Rights.

Members of Iran’s militias in Syria

And it managed to destroy weapons and ammunition depots, amid confirmed information about deaths and injuries in the bombing that took place from Lebanese airspace.

In addition, while violent explosions resounded in the vicinity of Homs, the Syrian regime announced that its defenses had confronted what it called hostile targets, at dawn on Thursday.