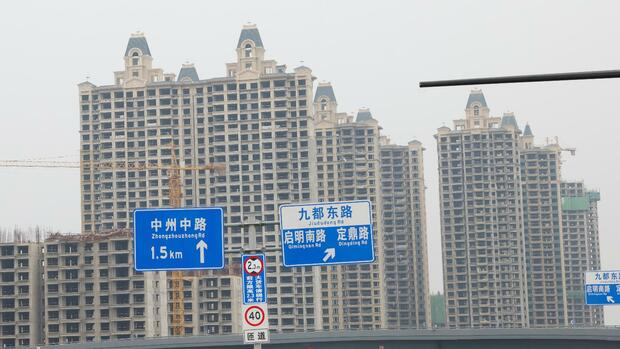 Düsseldorf The Chinese real estate company Evergrande is running out of money. Nevertheless, management is apparently reluctant to sell lucrative properties in booming regions such as Shenzhen. At an internal crisis meeting, founder and majority owner Xu Jiayin is said to have described the land reserves as “the Evergrande Group’s largest, magical weapon and the last asset,” the business magazine “Caixin” quotes him.

According to official figures, the company, which is called Heng Da in Chinese, has accumulated debts of the equivalent of more than 300 billion dollars. Because the Chinese government has been regulating the overheated real estate market more tightly since last year, Evergrande is now having problems refinancing. A payment default is becoming more and more likely.

According to information from the financial news agency Bloomberg, interest payments are due on Monday, for which the company may not have sufficient liquid funds. However, the banks in China will remain closed on Monday and Tuesday due to the moon festival. Interest payments of $ 120 million on two Evergrande bonds will also be due on Thursday.

Web and in our app for 6 weeks.