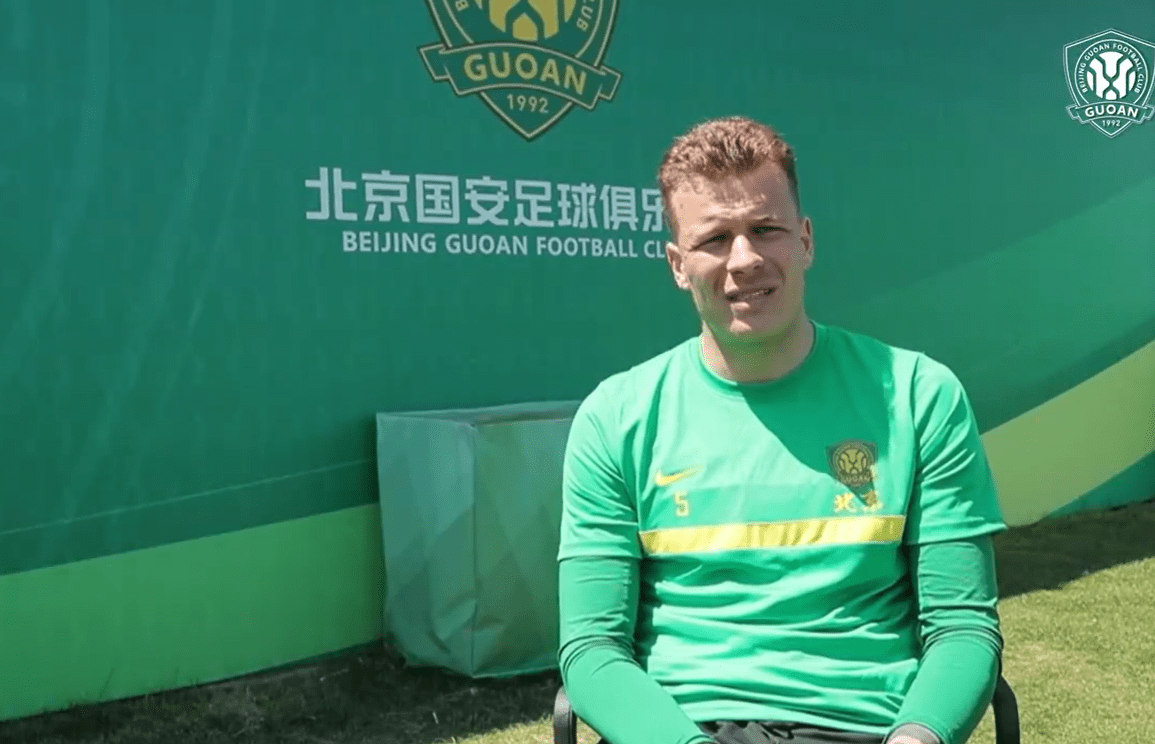 Original title: Guoan went to Meizhou to undergo 7 days of medical isolation and observation before they could prepare for war normally

New aid Memisevic took over the No. 5 jersey, which once belonged to Augusto, Madzic and Ralph.Screenshot of Beijing Guoan Weibo video

Beijing News (Reporter Zhou Xiao) Although the start time of the 2022 Chinese Super League has not yet been finally confirmed, the Chinese Super League teams are currently preparing for the game according to the schedule for the start of the game in early June. On May 13, Beijing Guoan went from Beijing to the Meizhou competition area. After arriving in the competition area, Guoan and his party will undergo a 7-day medical isolation observation.

Shanghai Shenhua and Shanghai Haigang, who entered the Dalian Division on May 7 and 8 respectively, were the first Chinese Super League teams to take their place. Beijing Guoan flew from Beijing to Jieyang, Guangdong on the morning of the 13th, and then took a bus from Jieyang to Meizhou. Entered the Meizhou Division. Like the Shanghai Shuangxiong, Guoan must strictly implement the relevant epidemic prevention policies after entering the competition area. The entire team first undergoes medical isolation and observation, and after the observation period ends, they can prepare for normal battles.

At present, it is basically a foregone conclusion that Haikou will host the third division of the Chinese Super League this season. However, due to the need to implement relevant procedures, the league start time is tentatively scheduled for June 3. The reason why the three teams from Beijing and Shanghai set off early is also for the purpose of Allow time for quarantine observation.

According to the arrangement of the Chinese Football Association and the Chinese Football Federation preparatory group, this year, the Chinese Super League will have 4 stages of competition in three divisions. 18 teams will be grouped in a serpentine arrangement based on the results of the previous seasons. The only host team in the three divisions, Meizhou Hakka, is located in Meizhou. In the competition area, they are in the same group as Beijing Guoan, Shenzhen Team, Cangzhou Lions, Tianjin Jinmen Tigers and Chengdu Rongcheng.

In order to ensure that the 18 teams play 34 rounds, there will no longer be a situation where teams have not met in the previous two seasons. The top two teams do not participate in the rotation and continue to remain in the original division. Judging from last year’s ranking and host principles, the top two teams in the Meizhou Division are Meizhou Hakka and Beijing Guoan, the Haikou Division is Shandong Taishan and Changchun Yatai, and the Dalian Division is Shanghai Haigang and Guangzhou.

Montreal: several obstacles on the road network for the weekend