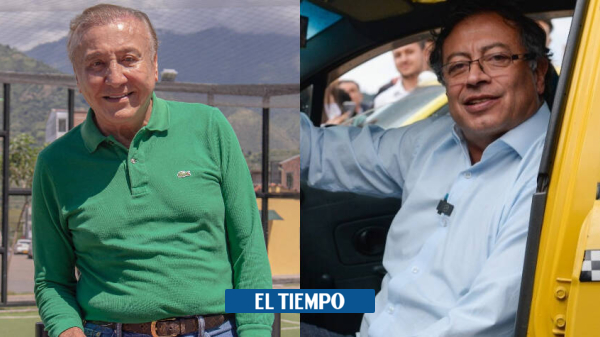 The commotion for the realization of a debate between Gustavo Petro and Rodolfo Hernández took a new path. The National Electoral Council (CNE) ruled against a request filed by former congresswoman Ángela María Robledo, who claimed that the candidate for the League of Anticorruption Governors had “violated the electoral guarantees” of citizens by refusing to attend these spaces in Second round.

Robledo, along with Diana Otavo Morales, Juana Afanador, Viviana Vargas Vives, Martha Lucía Ortiz Cárdenas and Ana María Sánchez Ospina, had cited the statements of the former mayor of Bucaramanga, in which he made the decision to decline his participation in second-round debates.

Since the first of June last, Hernández said that he preferred to communicate his proposals through interviews with the media and social networks.

I will not attend debates because I will not be a participant in these polarizing and hateful dynamics. I will present my ideas and proposals in interviews and on my social networks, speaking with Colombians. It’s time to stop dividing and work on the union that Colombia needs 🇨🇴🫂 pic.twitter.com/pVQvp7c3zA

However, after admitting Robledo’s request, the CNE rejected his arguments.

(Keep reading: Gustavo Petro comes out in defense of his daughter Sofia after controversy in networks).

Why did the CNE deny the request?

Requesting the presidential candidate to attend these has no basis whatsoever

“The norm does not impose on the candidates the obligation to hold electoral debates, but rather makes it possible for them to do so, presenting the respective joint request to the media system, with the fulfillment of the foreseen requirements,” reads resolution 3135 of 2022 issued by the highest electoral body.

Namely: Rodolfo Hernández and Gustavo Petro do not have to attend debates, according to the CNE. This cannot be required of them, since the candidates, instead of an obligation, they have the right to present their ideas in at least three of these.

“The norm does not establish that said activity is mandatory, hence, requesting the presidential candidate to attend these has no basis whatsoever,” they stressed.

(Don’t stop reading: Last movements of the campaigns before the presidential elections).

Thus, the CNE pointed out that the candidates can use spaces in the media to publicize their eventual government plans. One of them is the Colombian National Radio Television Public Media System (RTVC); only that if they want to develop a debate there, they must make “a joint request”.

What will happen with the ruling of the Superior Court of Bogotá?

Parallel to the CNE’s decision, The Superior Court of Bogotá granted a guardianship filed by other citizens and demanded that the candidates organize and attend a debate no later than this Thursday ahead of the June 19 elections.

The Court argued that Petro and Hernández would be violating the fundamental right established in article 40 of the Political Constitution. According to this, citizens have the right to participate in the formation of political power through, for example, presidential debates.

The candidate for the Historical Pact accepted the decision of the judicial entity and said he was ready to hold the meeting.

The court has ordered the presidential debate between candidates. It is the right of the people. I’m ready for it.

Nevertheless, Hernández emphasized that his legal team was analyzing the scope of the guardianship to make a decision.; something that Petro criticized him for.

(We recommend: “We are going to ask for a clarification of what the court is asking for”: Rodolfo).

My opponent took her body out to comply with the judge’s sentence. Are you so afraid of a debate?

With the pronouncement of the National Electoral Council of non-compulsory nature, the case takes a turn.

You can also read:

– Does the tutelage that orders a debate between Petro and Hernández have a future?

– Rodolfo Hernández: head of debate attacks Petro and his campaign.

A new children’s literature festival is born in Vevey – rts.ch

Revealed the date of the premiere of the new Toyota Crown