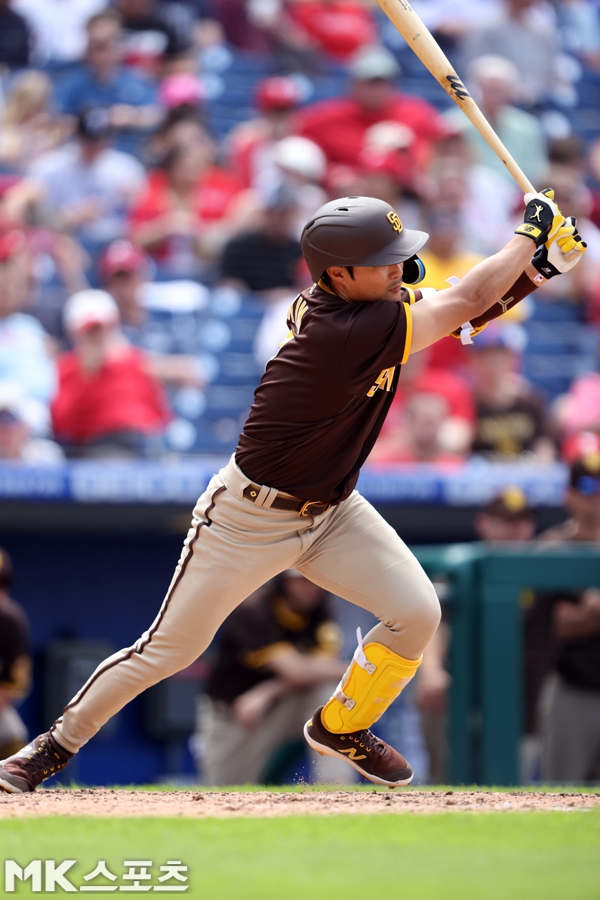 Haseong Kim of the San Diego Padres played a multi-hit game, but the team did not win.

Kim Ha-seong made a start at shortstop 7 times in the away game against the Los Angeles Dodgers held at Dodger Stadium in Los Angeles, California on the 3rd (Korean time), and scored 2 hits in 4 at-bats. His batting average for the season was 0.228.

From the first at bat in the second inning, he started off in a good mood by hitting a clean heavy hit against starting Tyler Anderson. His disappointment was that second base runner Luke Voight was slow and could not lead to RBI even though he was at 2nd and 2nd.

In the 7th inning, he hit a hit with a line drive batted ball to center field once again against the same pitcher at first base. He was hitting enough to send first-base runner Austin Nola to third. This time, Trent Grisham hit a sacrifice fly to score. It was the team’s first goal of the day.

Aside from Kim Ha-seong’s efforts, on this day, startinger Darvish You (6 innings, 8 hits, 3 homers, 10 strikeouts and 5 runs) allowed many runs and played a difficult game.

Darvish allowed three homers to hit Freddie Freeman, Will Smith, and Justin Turner in just one inning. He allowed one point in the second and third innings, adding one more painful memory at Dodger Stadium.

Dodgers starter Anderson had two hits from Kim Ha-seong, but the damage was minimal. He became the winning pitcher with 6 1/3 innings, 6 hits, 2 walks, 6 strikeouts and 1 run.

6 great series, the trend has hit until #I can’t take it anymore | TrueID Creator

Aqaba explosion: The Jordanian government holds a press conference to announce the details of the accident