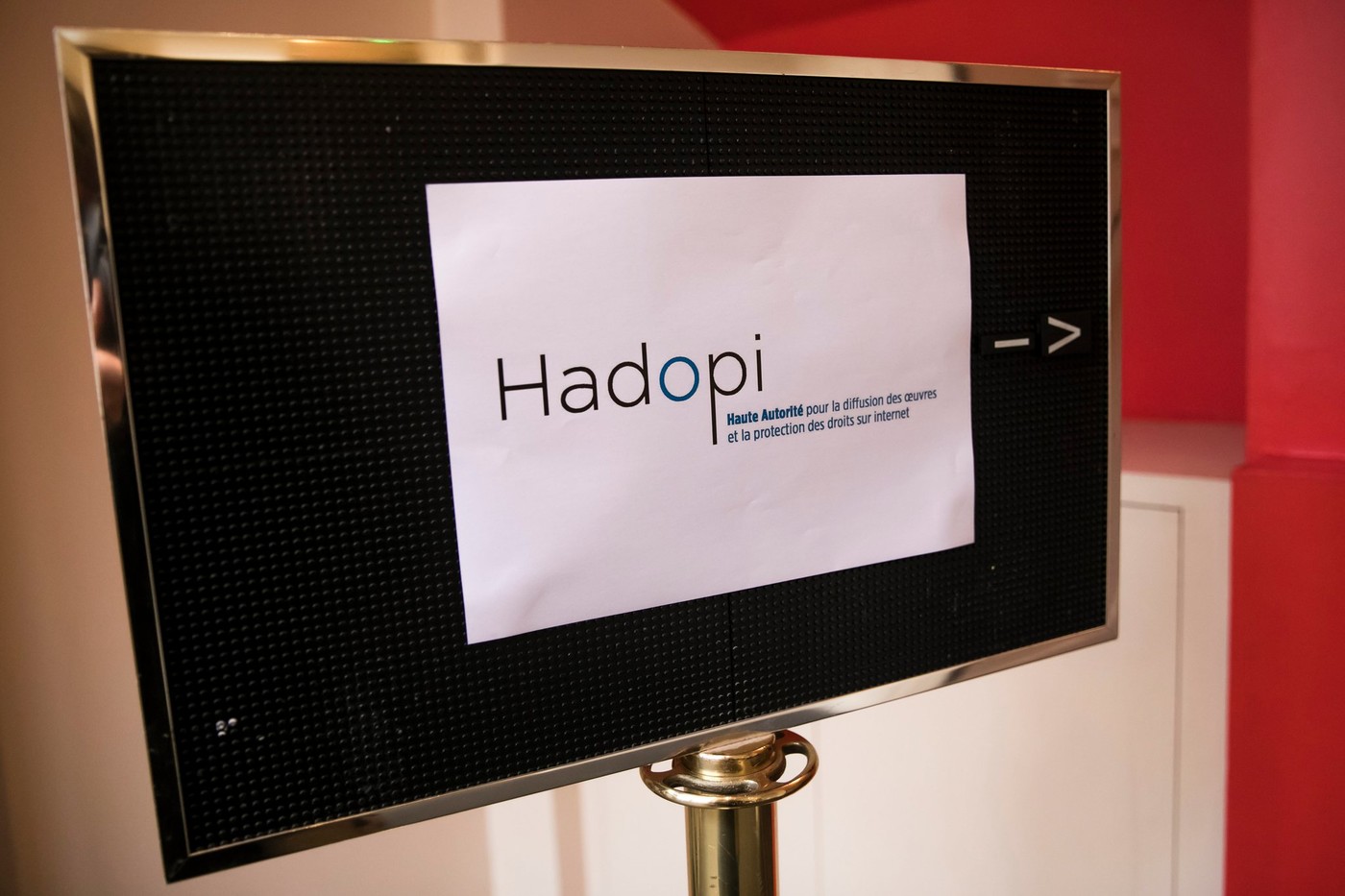 A few months before its merger with the CSA, the High Authority for the Distribution of Works and the Protection of Rights on the Internet (Hadopi), delivered its 10e activity report at the end of July. The one who must protect copyrighted works from illegal downloading is pleased to have sent 13 million warnings in eleven years of existence, “Which denotes an efficiency which is difficult to contest”, writes President Denis Rapone.

Created in 2009, at a time when illegal downloading was in full swing, Hadopi aims to fight against pirating of films, music, series, video games subject to copyright. According to a “graduated response” mechanism, the offender will receive two warnings by mail before the authority takes legal action. The amount of the fine can reach 1,500 €. “Originally, our mission was anything but users to pay. We want people to change their behavior ”, would like to underline Pauline Blassel, the general secretary.

Decrease in the number of pirates

The report welcomes the dissuasive effect of its letters: in 70% of cases, after a first warning, the facts are not repeated and half of people turn to a legal offer. The number of pirates has also declined. According to Médiamétrie studies, there were 8,000 in 2010 and half as many in 2019 in “peer to peer” (P2P) exchanges, these computer networks that make it possible to transfer data. files between them, including protected cultural works.

Pauline Blassel admits it, “It’s not just about us. It is a combination of several efforts, in particular the development of the legal offer. ” Indeed, the Netflix movies and series platform or the Spotify music platform have millions of users and have been very successful in recent years.

A limited field of action

Another problem: the hacking targeted by Hadopi, P2P, only represents a part of illegal consumption. However, many alternatives exist to dispense with this system: downloading via online platforms or streaming (direct reading of the content, no prior download required) for example. “There, the business is well established, and the authority is not invested to fight against”, points out Bastien le Querrec, member of Quadrature du net, an association which campaigns for free access to all online content.

“The audiovisual law (which provides for the merger with the CSA, Editor’s note) plans to expand our missions so that we can take care of sports retransmission sites for example. At the time, we did not know much about these alternatives, it was difficult to legislate on them ”, wants to qualify Pauline Blassel.

“A public authority is not about making money. “

Another figure in the report gives grain to grind to its opponents, who consider Hadopi useless and liberticidal. The authority reveals that thanks to its reports to the courts, a fine of € 87,000 for non-respect of copyright has been paid in eleven years. A drop in the bucket compared to its budget, which amounts to 82 million euros over the same period.

Pauline Blassel defends herself: “There is a real misunderstanding. Already, it is not us who set the fines but the judge. Then, piracy costs more than us: a billion euros. Finally, a public authority does not aim to make money. “

Despite the criticism, the Hadopi should not go away. By the end of the year, it will therefore merge with the CSA to become the Audiovisual and Digital Communication Regulatory Authority (Arcom), a new giant in the fight against illegal practices. The general secretary certifies it: “The law is clear, it is a merger to broaden our missions, amplify our action and be more powerful together. “