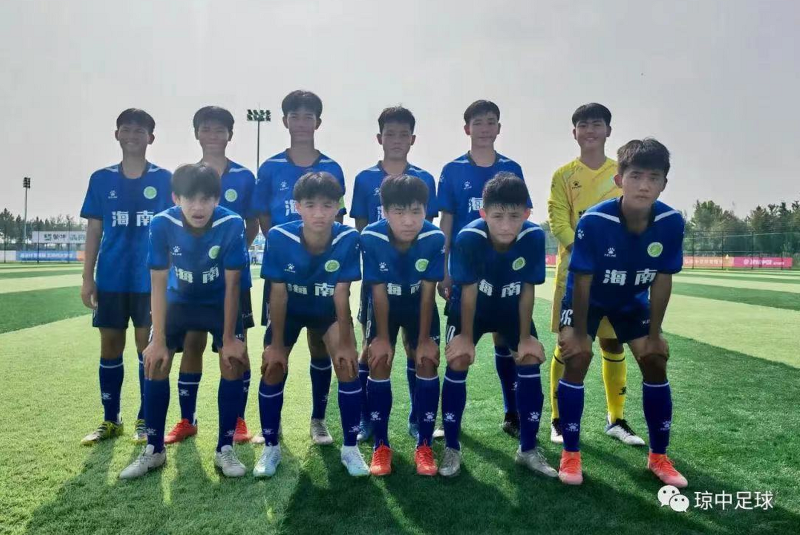 At the beginning of the fourth round, the Hainan Qiongzhong Men’s Football Team continued to adopt a 433 offensive formation, with a high-position rushing tactic in the frontcourt and taking the initiative in the possession rate. Facing the “dark horses” of the Hainan Qiongzhong Men’s Football Team, the West Railway No. The middle school adopted a 541 defensive formation to effectively defuse the attack of the Hainan Qiongzhong men’s football team. In the 32 minutes of the first half, Xitie Yizhong Lugang Middle School seized the opportunity and chose a direct lob shot from the midfield. The Hainan Qiongzhong men’s football team was still relatively stable mentally and played steadily. At the end of the first half, No. 7 Wang Shicong from the left made a cross to find No. 10 Wang Taixian, who turned sideways and punched through the goal to equalize the score. At the beginning of the second half, the Qiongzhong Men’s Football Team adjusted its tactics, adjusted the formation to 442, and strengthened the scheduling ability of defense and attack in the middle. Tactics, pass the ball to the wing, pass the ball low to the back of the goal, and the No. 9 disc, who was lying in ambush at the back, scored with one foot, completed the lore, and won the game. Before that, Hainan Qiongzhongmen is enough to defeat three teams including Beijing Yishengheqiu Raptors, Chongqing No. 7 Middle School, and Shaanxi Normal University Affiliated Middle School. Currently, Hainan Qiongzhongmen has won four consecutive group matches and temporarily ranks first in the group. The chances of getting out are very high.

In the game with Xitieyizhong Lugang Middle School, Hainan Qiongzhong men’s football player Pan Jianhua staged a lore at a critical moment of the game, which is the best proof of his hard training. “In addition to completing the cultural classes and football training classes, Pan Jianhua often practiced by himself and learned a lot of football skills, which surprised me and surprised me. He can see the spirituality of football and feel it. His love for football” said Xiao Shan, the head coach of the Qiongzhong Women’s Football Team. The Hainan Qiongzhong Men’s Football Team was formed by a group of children who love football like Pan Jianhua.

These foods harm the ability to plan, execute, and act health