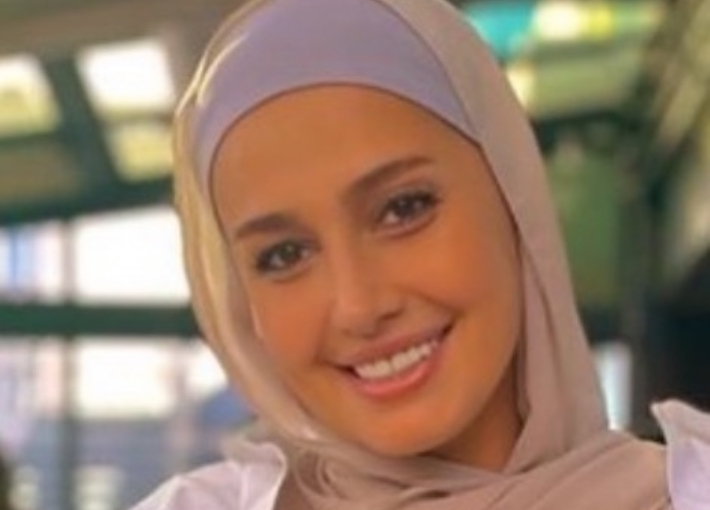 Actress Hala Shiha shared with her followers a new photo of her on her Instagram account, while she was wearing the hijab.

Hala Shiha commented on the photo, saying, “There is nothing more beautiful than spiritual happiness and inner peace… Praise be to God.”

The publication of this photo comes in the wake of the statements of Hala’s father, the plastic artist, Ahmed Shiha, about her that she is not veiled now, as he stated during his meeting on the “Horouf Al-Jar” program presented by the journalist Youssef Al-Husseini on Radio and Star FM channel, that his daughter Hala does not wear the hijab now, indicating that she When she decided to take off the veil, it was her decision alone, without anyone affecting her.

He spoke, saying: “Solution, when I put on the hijab, I said it will come one day when your faith is full, you will know that this has nothing to do with God.

Ahmed Shiha also talked about the appearance of veiled announcers, saying that this is discrimination, and television in the past had conditions for any media person to appear on screens, including being neutral.

On the other hand, Hala Shiha explained that she does not have any accounts on social networking sites except her Instagram account.

And Halal Shiha wrote through her Instagram account: “On the occasion of the rumors that every little bit come down from me and link old photos with malicious press addresses from non-professional journalists, who do not respect their profession and their great responsibility, I would like to make it clear that I do not have any official account on the communication sites except my account on Instagram.”

It is noteworthy that Hala Shiha provoked the crisis of the last period after she published a picture of the movie “Not Me” on her Instagram account and commented on the photo, declaring her regret for filming scenes collected by artist Tamer Hosni in one of the clips inside the film and said that she asked him to delete those scenes.

We recommend: Hala Shiha attacks Tamer Hosni after showing a clip from the movie “Mesh Ana”

Tamer Hosni replied, explaining that he had already deleted what she requested and tried to communicate with her more than once, but she did not answer his calls.for more details).