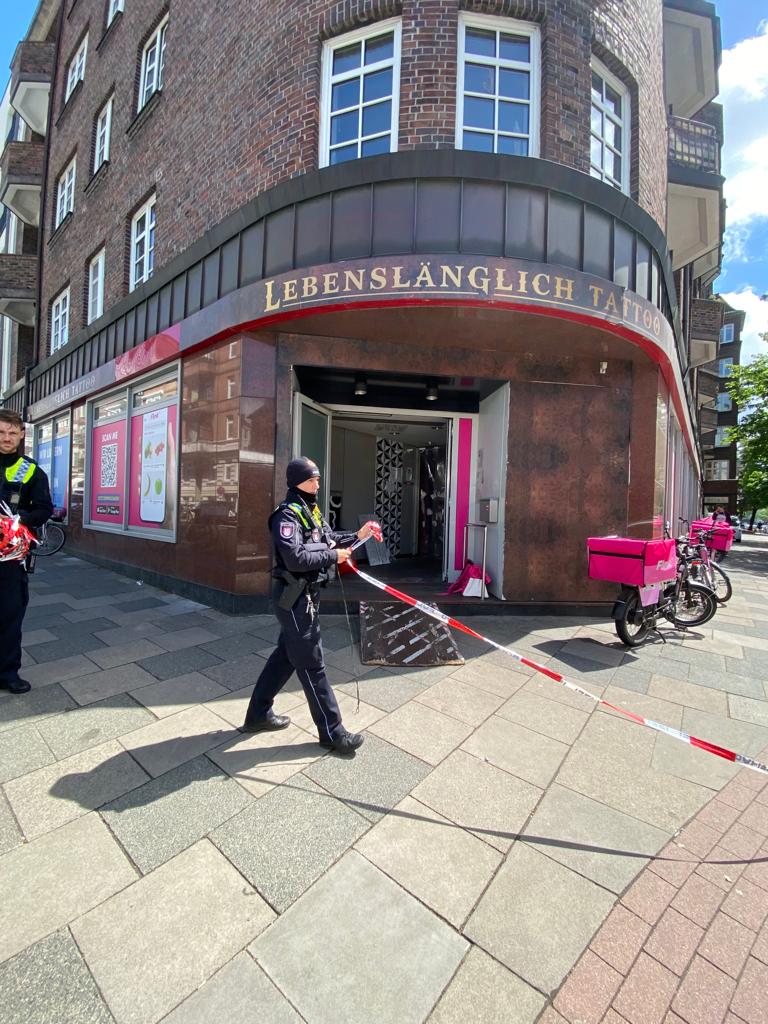 In the middle of the otherwise quiet composers’ quarter (Barmbek-Süd), a horrible crime took place on the street on Saturday morning: according to police information, a woman was stabbed in the neck on the corner of Winterhuder Weg and Mozartstrasse. The alleged perpetrator (25) was overpowered and arrested.

The man is said to have kicked the door of a food delivery service, into which an employee pulled the heavily bleeding woman and in front of whom the crime had apparently taken place shortly before. Another employee informed the police. The perpetrator is said to have tried to get into the store before officers arrived.

Hamburg: Man stabs woman with a knife in the neck

“The man had fled in the meantime, but was arrested by officers from PK 31 near the scene of the crime as part of the search,” said a situation service spokesman. The knife was also found and seized.

Whether it’s police raids, major fires, storm surges or serious accidents on the motorways: the police and fire brigade are on duty around the clock in Hamburg and the surrounding area. The MOPO reporters keep an overview for you and conveniently deliver the most important blue light reports to your inbox from Monday to Saturday.

The woman, a 41-year-old and also an employee of the delivery service, was treated by fire brigade paramedics and was then taken to the hospital with serious injuries. There is danger to life, said the situation service spokesman. An employee later told the MOPO: “In the meantime, she is doing better again, given the circumstances. Luckily the police got here so quickly and our colleagues immediately provided first aid.”

In the meantime, the permanent criminal service had started work on the case, but the murder squad is now investigating. The exact background to the fact is still unclear. Victims and alleged perpetrators are said to have known each other according to police findings. (dg/röer)

Video summary of the war Ukraine – Russia: May 20 | Video