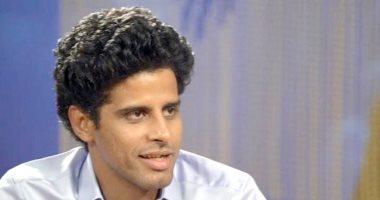 The artist Hamdi Al-Marghani was infected with the Corona virus in the past few days, as a result of which the filming of his new movie “Zombie”, which co-stars with the artist Ali Rabie, came to a halt.

In another context, Hamdi Al-Mirghani recently finished shooting the movie Crocodiles of the Nile, written by Louay El-Sayed and directed by Sameh Abdel Aziz, and a large number of stars, including Mustafa Khater, Karim Afifi, Khaled El-Sawy, Wizzo, Suleiman Eid, and others participate in it.

The movie “Zombie on My Side”, written by Amin Gamal, directed by Amr Salah, and starring Ali Rabie, Hamdi Al-Mirghani, Karim Afifi, Hajar Ahmed, Mohamed Otaka, Arefa Abdel Rasoul, Mohamed Mahmoud, and a number of other artists, and its events revolve in a comic framework around a popular singing group, Led by Ali Rabie.