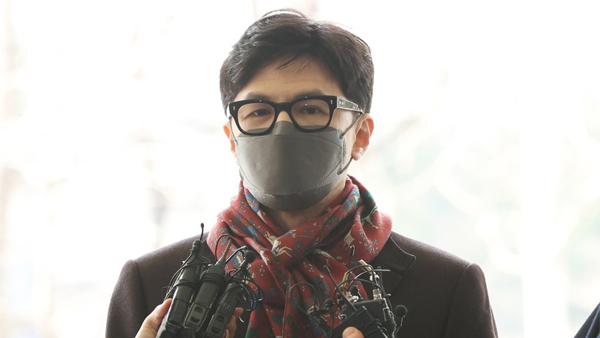 Han Dong-hoon, deputy director of the Judicial Research and Training Institute, claimed that he was demoted four times because of remarks made by Yoo Si-min, former chairman of the Roh Moo-hyung Foundation.

Vice President Han appeared as a witness in the defamation case of former chairman Yoo at the Seoul Western District Court today, and said, “I am the only incumbent prosecutor to have been demoted four times” because of Yoo’s remarks. said.

Deputy Director Han led the investigation of corruption in the family of former Justice Minister Cho Kuk as the head of the Anti-Corruption Forces Department at the Supreme Prosecutors’ Office in 2019.

In a YouTube broadcast and radio interview in 2019, former chairman Yoo Si-min was put on trial for making remarks to the effect that the Supreme Prosecutor’s Office for Anti-Corruption and Forces illegally tracked him and the Roh Moo-hyung Foundation account.

Former Chairman Yoo admitted that the allegations were false in an apology posted on the Roh Moo-hyung Foundation’s website early last year, but denied the allegations during the trial.

F1: Daniel Ricciardo “I was jealous of Verstappen competing for the title”[F1-Gate .com]

Canadian National: Jean Charest will have to speak… in English!