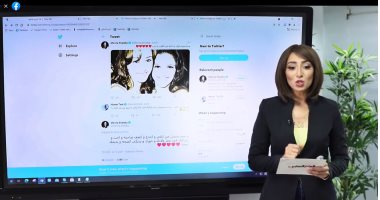 The Seventh Day TV presented a special coverage prepared by Ramy Nawar and presented by Nisreen Fouad, which dealt with the top of the artist’s name, “Hanan Turk”, in search engines and social networks, after the artist, Menna Shalaby, published an old photo that she collected with her friend, retired artist Hanan Turk.

And the artist, Menna Shalaby, wrote and said: “You miss me very much and always in the heart, love.” And the artist Hanan Turk responded to the photo published by Menna Shalaby and commented and said: “My love, Mango, I miss you. May God bless you in Mama and her health and make your heart happy, Lord.”

Menna Shalaby replied to her and said: “And I do not deprive you of the purest, most purest and cleanest companion and sister, and bless you in the age of your children and your husband, and give you health and give you a blessing.”

After the photo and the comments exchanged between Hanan and Menna, a large number of the social media audience interacted with the photo, and a difference of opinions emerged between the attack on Menna Shalaby because of Hanan’s picture, who “without a veil” and demanded that it be deleted.

Actress Hanan Turk officially announced her retirement from art in August 2012, and at the time she said: “I decided, thanks to God, to retire from acting. At this moment, this is the step I had hoped for.”