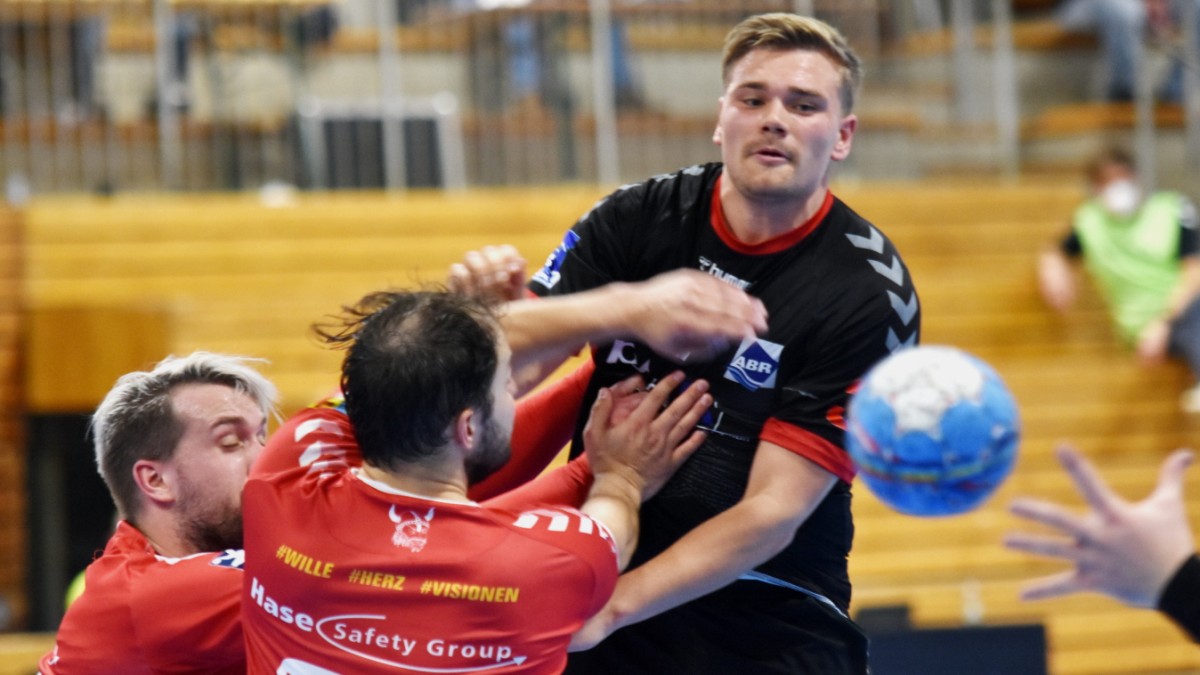 By Heike A. Batzer, Fürstenfeldbruck

The lights go out as always. For a few seconds only the portal lights up, through which the protagonists are about to run onto the field. “Traum 2. Liga” reads like a neon advertisement. Fürstenfeldbruck’s handball players made their dream come true, but the start in the professional game class did not go very well with two heavy defeats. Now Corona has also swept the last of the initially sparse spectators out of the hall. The concept of the Handball Bundesliga (HBL) stipulates that no audience will be admitted to a “high pandemic level”. That starts at a seven-day incidence of 35, the Fürstenfeldbruck district has been well above this for days.

It is idle to speculate whether the handball fans, who have been an important factor in the success story of TuS Fürstenfeldbruck for years, could have turned the ghost game on Saturday. Martin Wild doesn’t want to speculate about it: “Maybe, maybe not.” The game against fellow promoted Wilhelmshavener HV was close, significantly closer than the two lost games against Eisenach and Gummersbach. And yet the Brucker Panthers were defeated in their third second division game – with 27:30 goals.

The rating of the game doesn’t sound clear. Wild’s assessment fluctuates between “annoying because there was more in it” and a game “that gave me courage”. The game has shown that the team can keep up in the league. Several times his team had tied again after Wilhelmshaven tours in the first half, for example at 3: 3 (7th) or 10:10 (22nd). It was 12:15 past the break.

The Panthers showed bite and tried to avoid mistakes in the two defeats against Eisenach and Gummersbach and this time not to push the pace too briskly. “We tried not to run into an open knife,” says Wild. Much went better than at the beginning. Julian Prause, who showed himself to be assertive at the circle, will be remembered, the young right-winger Stephan Seitz, who also plays A-Jugend-Bundesliga at TSV Allach, but made five second division goals, and playmaker Falk Kolodziej as a sure seven-meter shooter.

After changing sides, there were several opportunities to make friends. Between 19:20 (45th) and 22:23 (51st), the Bruckers came up to a goal four times, but it wasn’t enough to equalize or even more. The throwing rate remained in need of improvement, and 33-year-old Jens Vortmann was in the goal of Wilhelmshaven, who was last under contract with the first division club SC DHfK Leipzig, has made a few appearances in the German national team and countered numerous attempts by the Brucker with his parades.

Two newcomers met at eye level, which Wilhelmshaven’s coach Christian Köhrmann indirectly confirms: “We knew that this would not be a walk in the park.” Especially since his team only returned to training recently. The sporting events in Wilhelmshaven had only faded into the background four weeks earlier after the club’s managing director and main financier had been arrested on suspicion of investment fraud. Now the team from the North Sea is missing a large part of the budget, which is said to have been around 2.5 million euros. Since then, the association has tried to raise money through crowdfunding and support campaigns. Two players, Juan de la Pena and Tim Rozmann, have already run away and are now under contract with league rivals Bietigheim and first division club Essen.

All handball clubs will of course lack important income as long as they are not allowed to let any or only a few spectators into the hall. The expenses continue to run. TuS Fürstenfeldbruck has to play the away game on Wednesday evening at the Dessauer-Roßlauer AGM, which is almost 500 kilometers away, and the next home game against Rimpar is due three days later. It is unlikely that viewers will then be admitted. Nevertheless, people in Fürstenfeldbruck are combative. “We are far from burying our heads in the sand,” said coach Martin Wild.