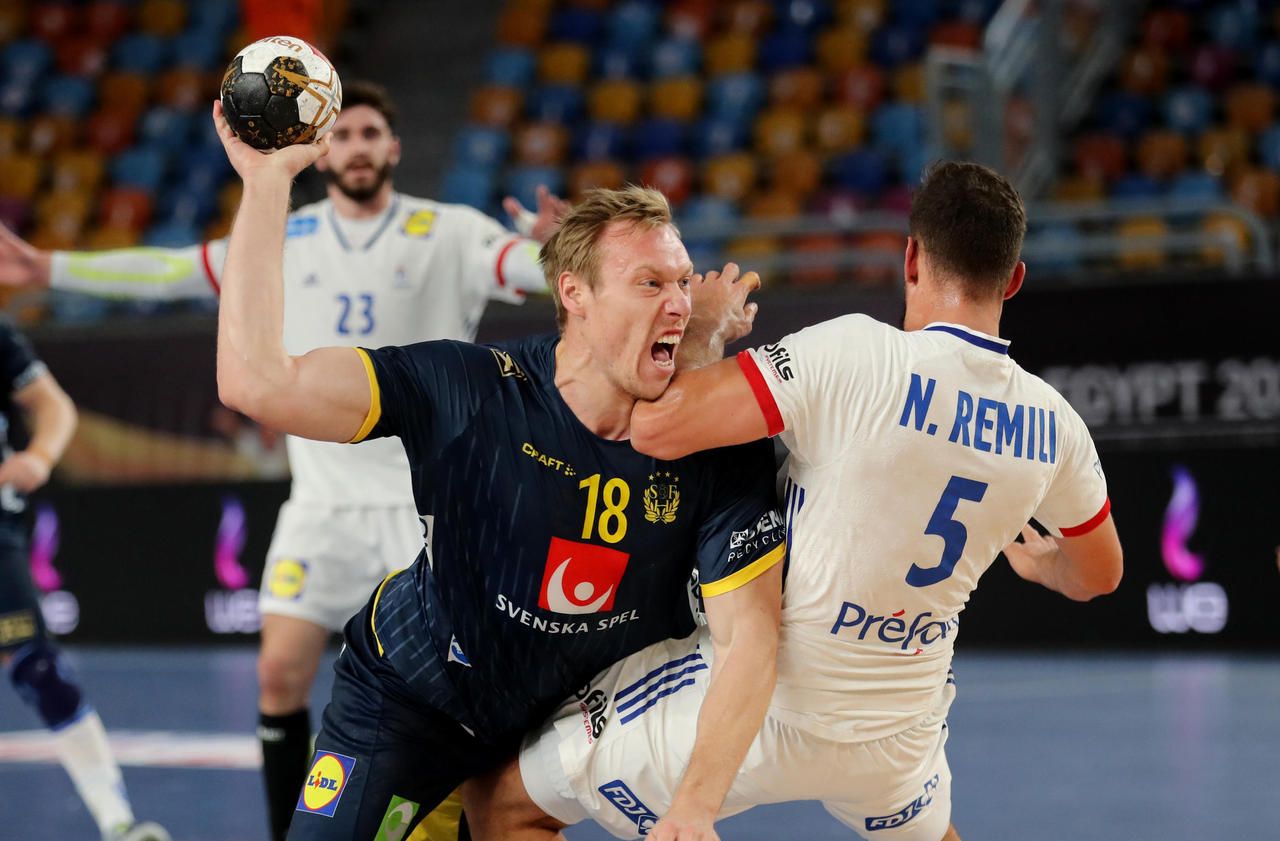 The Egyptian campaign ends there for the France team. The triumphal march of the France team came to a halt in the face of solid Swedish Vikings in the semi-finals. Favorites against Sweden, the Blues were ghostly and took a handball lesson from young and solid Scandinavians who had everything to gain (26-32). The disappointment is inevitably huge but the Egyptian campaign does not stop for Guillaume Gille and his players, who will try to win the bronze medal on Sunday (2:30 p.m.), against the loser of Denmark – Spain which is played this Friday evening. (8:30 p.m.).

The afternoon had started badly for the France team, with the confirmed packages of the back Timothey N’Guessan (right thigh injury) and his pivot Luka Karabatic (abdominal injury), both affected in quarters against Hungary. Faced with the weakened French defense, the Swedes do not ask themselves any questions (1-3, 6th). As against Hungary, the Blues reattach by Michaël Guigou, but behind no one manages to muzzle the unbearable Hampus Wanne, the Scandinavian top scorer. In goals, Vincent Gérard then Yann Genty are out of the game (1 save in all for Genty!), Unlike Andréas Palicka who released the last attempt by Valentin Porte before the break (13-16).

France is not in the game after thirty minutes, as on multiple occasions since the fortnight (Norway, Switzerland, Algeria, Hungary). But this time, the machine is no longer responding. Sweden, which had a rather easy journey, especially in the quarterfinals against Qatar (35-23), does not weaken (17-21, 40th). Max Darj, the master of his defense, continues to cause misery to the Blues. Hugo Descat made a good comeback but the gap did not weaken (20-24, 47th). The exclusion of Adrien Dipanda (51st) is symptomatic of a team overwhelmed by the event. It’s over, and it’s very sad.

The Parisian (4 goals) was the only French (with Descat, also 4 goals) to have emerged from the tsunami, personified by the drowning of the defense and the goalkeepers. Opposite, Sweden provided a full match like Wanne (9 goals) and goalkeeper Palicka.

That is the number of years that the Swedes have waited to climb into a World Championship final. Obviously, those under twenty do not remember it, but in 2001, France and Sweden came face to face for the title at Bercy. Guillaume Gille (2 goals) and his illustrious teammates had snatched the victory in overtime (28-25). The Scandinavians have their revenge.