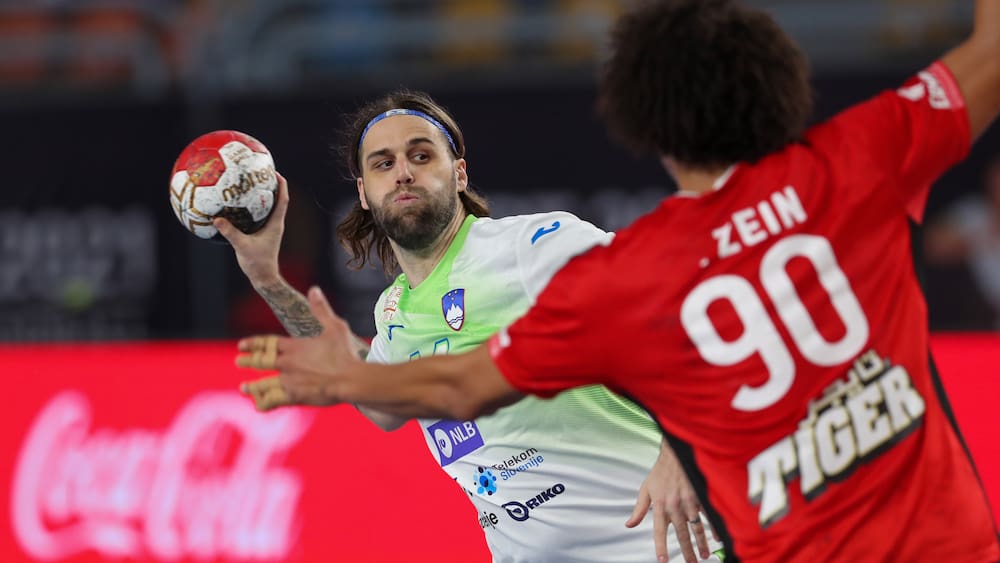 Poisoning allegations at the Handball World Cup in Egypt!

«We are dissatisfied with the unfair organization of the tournament. About twelve players from our team were poisoned before the game against Egypt, while the Egyptian organizers did not take care of the incident », complains the Slovenian handball association on its own website.

In fact, several Slovenian players – including their star Dean Bombac – complained of food poisoning before the final main round match. Blaz Blagotinsek is said to have collapsed in the cabin. Without the Slovenian defense chief, the game against Egypt ended 25:25, which meant that Slovenia was out and the hosts reached the quarter-finals.

The Egyptians of course defend themselves against these allegations. OK boss Hisham Nasr told the Spanish newspaper «As»: «The statements of the Slovenian side are completely wrong and it is embarrassing to repeat these words. I was hoping the Slovenes would thank them for the good organization and hospitality instead of making up such excuses for their defeat. “

Apart from the Slovenes, no other nation would have complained about the food. “Why didn’t all Slovenes suffer from food poisoning even though the whole team was getting the same food at the same time?” Asks the OC boss rhetorically.

Where did the pizza come from?

Denmark’s sports director Morten Henrikson provides a possible explanation for the stomach problems in an interview with the TV broadcaster “TV2”: According to this, the Slovenes ordered pizza from outside the hotel and thus violated the hygiene concept of the World Cup. Photos would prove this. The Slovenes, in turn, claim that the order came from the hotel restaurant.

However Pizza-Gate ends, the Egyptians have nothing to do with the sporty outcome of the tournament after the penalty drama in the quarter-final against Denmark (38:39). Sweden and France (5.30 p.m., Eurosport) and Denmark and Spain (8.30 p.m., TV24) will duel for a place in the final on Friday evening. (red)