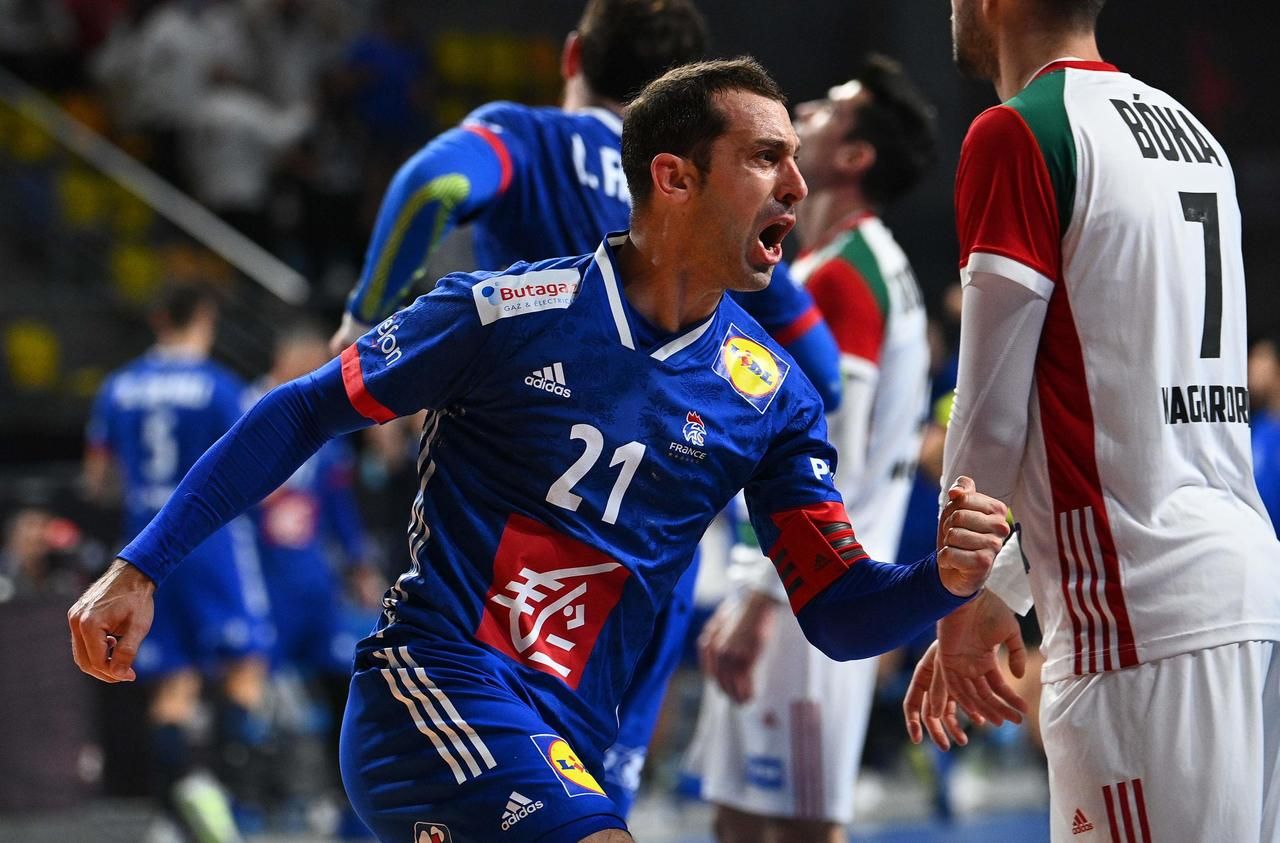 Hang in there: this discreet little guy of 1.79 m has one of the finest achievements in French sport: two gold medals and one Olympic silver; four world championship titles; three European coronations; two Champions Leagues and if that is not enough, ten French league titles with Montpellier. This is exceptional.

This Thursday, Michaël Guigou celebrated his 39th birthday, a canonical age for a high level champion. A celebration that comes on the eve of a world semi-final against Sweden. Another than him would have hung up, took advantage of his relatives and quietly watched Wednesday night, like 1.3 million viewers, the qualification of the Blues.

He preferred to be in the field for the 284th time with a blue jersey on his back: “I’m like you,” smiles the dean of the France team ( Editor’s note: Luc Abalo is “only” 36 years old ), I love what I do and so as long as I can have fun, I keep doing it. I feel like I’m aging well and still living a World Cup at 39 is an exceptional gift. I still feel like I can bring something with passion and so, if given the opportunity by selecting me, I do. I live it all without stress and a lot of motivation. When we go away for such a long time, we try not to be for nothing. “

Promoted captain of the Blues of the generation of coach Guillaume Gille, Michaël Guigou flees the spotlight. His track record and his longevity are unique but nobody really knows him outside of the world of handball. His role in Maison Bleue, since his first selection in 2002, is nevertheless essential: “Mika is one of our most glorious representatives,” insists Guillaume Gille. It bears the history of the French teams. I exchange a lot with him to optimize, reflect, find solutions to consider strategies in the field or in life. His role as an executive beyond that of captain is essential. “

This old wise man’s habit, the left winger with more than 550 matches in D1 could have abandoned it 18 months ago when he left his youthful love, his club of always, Montpellier which did not wish the keep. The meridional pure juice rebounded a stone’s throw from the city of Hérault in Nîmes for a last lap: “Michaël knows his body like no one else and perfectly masters the management of his daily life, slips the coach Franck Maurice. We don’t need to help him, he can do it on his own. He is the one who enlightens and comforts with his experience. He is very discreet, but everyone listens to him when he speaks and gets better at his contact. “

In almost 20 years of selections, Guigou has experienced everything in Blue, absolute triumphs and more rarely stinging failures like a year ago at the Euro (14th). It was undoubtedly in this failure that he found the engine to return for the last time. “It came back very marked after the failure of the Euro,” noted Franck Maurice.

A player like him can not leave on a quack: “I discuss with Nîmes on the extension of my career,” he said. My physical condition is fine, but playing without an audience is starting to get heavy. In any case, I know that the bulk of my career is behind me. I will think about the rest when I return from Egypt. Not before Monday, with a new gold medal around his neck, one more?