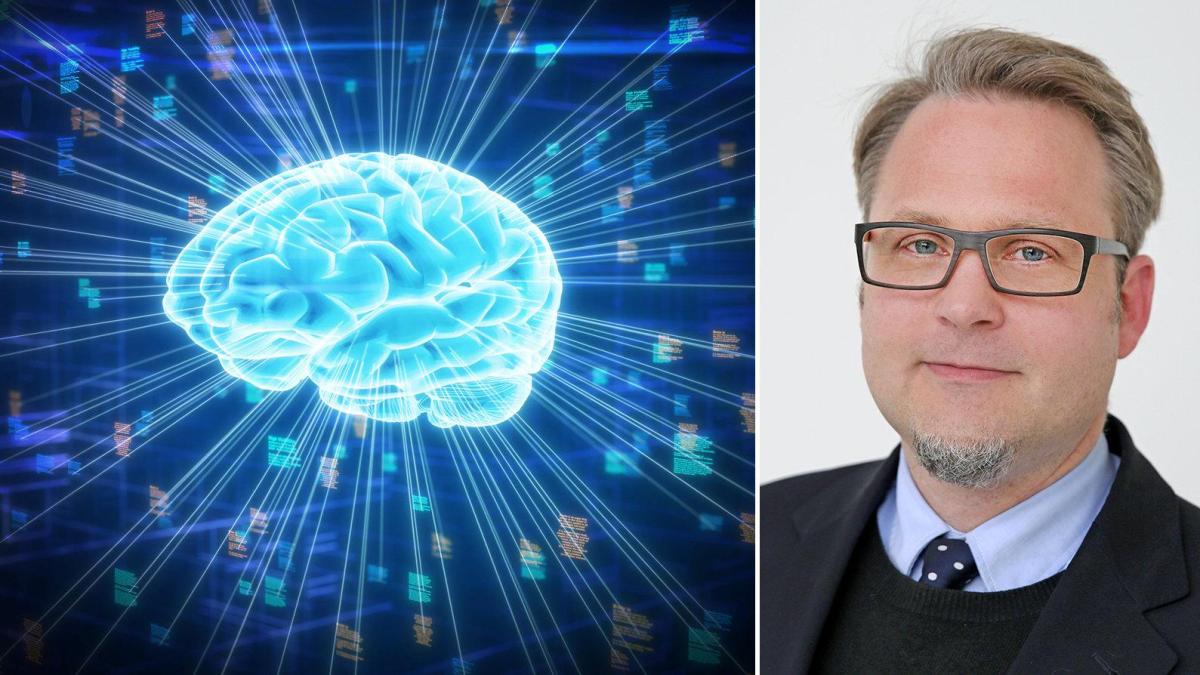 KArtificial intelligence, AI for short, is celebrating its 65th birthday: from June to August 1956, the US scientists John McCarthy, Marvin Minsky, Nathaniel Rochester and Claude Shannon organized the “Dartmouth Summer Research Project on Artificial Intelligence” at Dartmouth College in New Hampshire, which is considered to be the birth of AI. All AI research is based on the premise of the four Americans to this day: Every property of intelligence, not just the ability to learn, can be described so precisely that a computer is able to simulate it.

As early as 1956, it was discussed whether computers could achieve the performance of the brain with the help of artificial neural networks. Today, the learning ability of such networks with layered structures that are reminiscent of the three-dimensional networking of the brain (hence deep learning or “deep learning”) has led to many breakthroughs – currently in a key problem in biology: the prediction of three-dimensional protein folding. For the medicine Nobel laureate Elizabeth Blackburn this is revolutionary because it will allow a deeper understanding of genome sequences.

Back to Claude Shannon. He is also known as the “father of the digital age”, but defended himself against the hype about the “information theory” he founded and the associated consequences. In an article with the telling title “The Bandwagon” in 1956, he compared the hype about information theory with the car of a band, which is surrounded and accompanied by enthusiastic but not always wise fellow travelers.

The topicality of his criticism becomes clear if one only cleverly replaces a few keywords such as “information theory” with “deep learning”, “cybernetics” with “digitization” or “decoder” with “artificial neural network” in the article, which Krisha Mehta, Charles Frye or Toby Walsh noticed. I am also amazed at how closely his experiences at the time correspond to my present-day ones.

Here is my result: Deep learning has developed into a kind of scientific music car in recent years. Starting out as a technical tool for digital image processing, it has received an extraordinary amount of publicity in both the general public and the specialist press.

This is partly due to the relationship to fashion disciplines such as computer science, digitization and automation, but partly also to its novelty. As a result, it may have been given importance beyond actual performance. Scientists in many disciplines, attracted by the fanfare and new opportunities that are opening up for science, use the ideas to solve their own problems.

There are applications in biology, psychology, linguistics, basic physics, economics, organizational theory and many other areas. In short, deep learning is enjoying a somewhat exhilarating state of general popularity right now.

While the wave of popularity is certainly pleasant and exciting for those of us who work in the field, it does pose a risk. While we believe that deep learning is indeed a valuable tool for gaining fundamental insights into the nature of perception and intelligent behavior, and its importance will only grow, it is certainly not a panacea for AI, and certainly not for others Areas of expertise.

Nature rarely reveals more than a few of its secrets at once. Our somewhat artificial boom will quickly collapse overnight when it is realized that a few exciting terms like “depth”, “attention” and “embeddings” don’t solve all of our problems.

What can be done to moderate the situation? First and foremost, researchers in other disciplines should be aware that the fundamental results of deep learning are aimed in a very specific direction, a direction that is not necessarily relevant to areas such as psychology, economics, and other social sciences.

Indeed, deep learning, essentially a branch of machine learning, is at its core a statistical system. A thorough understanding of mathematical fundamentals and their application to learning is certainly a requirement for other applications. Personally, I believe that many concepts of deep learning will prove useful in other areas – and indeed, some results are already promising – but establishing such applications is not just about translating words into a new subject, but rather that slow, arduous process of hypothesizing and experimental verification.

If z. For example, if humans behave like an artificial neural network in some situations, this is an experimental and not a mathematical fact and, as such, must be tested under a large number of experimental situations. Shannon concludes by saying (again adapted by me): “Only if we maintain a thoroughly scientific mindset can we make real advances in AI.”

Yes, we should celebrate “65 years of KI” with a big party, preferably even with a band (wagon). Happy birthday, KI!

Kristian Kersting is professor for AI and machine learning at TU Darmstadt, codirector of the Hessian Center for AI (hessian.ai) and winner of the “German AI Prize 2019”. Among other things, he deals with how machines can learn morality. The text is based on CE Shannon, “The Bandwagon”, IRE Transactions on Information Theory 2 (1): 3, 1956.

“Alles auf Aktien – Academy” is the summer special of the daily stock market shot from the WELT business editorial team. From August 9th, every day, every morning from 5 a.m. For stock market experts and newcomers. Subscribe to the podcast at Spotify, Apple Podcast, Amazon Music and Deezer. Or directly via RSS-Feed.