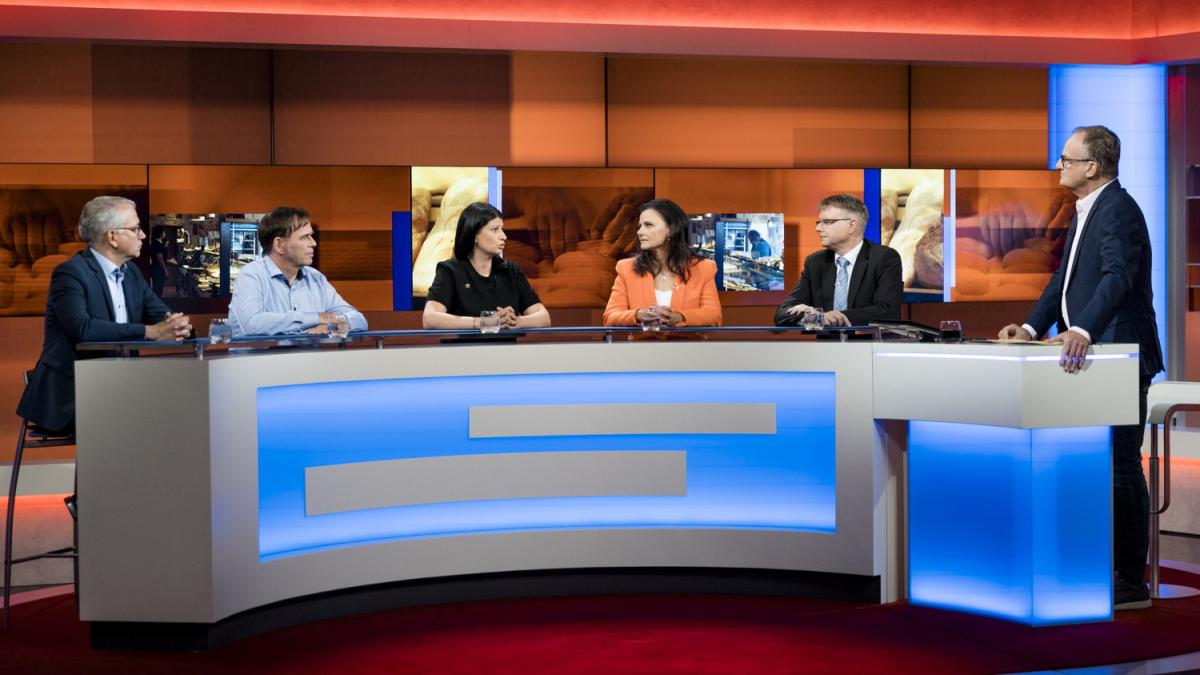 Ggas and electricity are becoming almost unaffordable, basic supply companies are struggling to survive due to their energy bills. Politicians should help, and they try. But are electricity price caps and extended operation of the nuclear power plants enough – if it comes to that at all? That’s what Frank Plasberg’s “Hard but fair” talk show was all about.

Künne runs a family business with her husband that has been baking bread, cakes and rolls since the 1930s, operates seven branches in Hanover and has more than 60 employees. Next year, Künne will have to shell out 1.1 million euros instead of 120,000 euros for the electricity bill, according to the electricity provider’s offer.

The costs that will come cannot simply be passed on to customers. “It becomes a luxury. But we are basic providers and want everyone to be able to afford bread and rolls,” said Künne. “Since June I’ve been struggling with the idea of ​​how we can continue.” So far she hasn’t had an answer, “unfortunately I haven’t received any from politicians either.”

“People are really getting into it, they don’t have time”

The price for a roll has already been increased from 33 to 40 cents this year. According to current calculations, a roll will cost 80 cents in January 2023, the entrepreneur calculated. “How are we supposed to continue?” It is also clear to business journalist Tenhagen: “Politicians have to find solutions if they don’t want half of an entire industry to go home.” 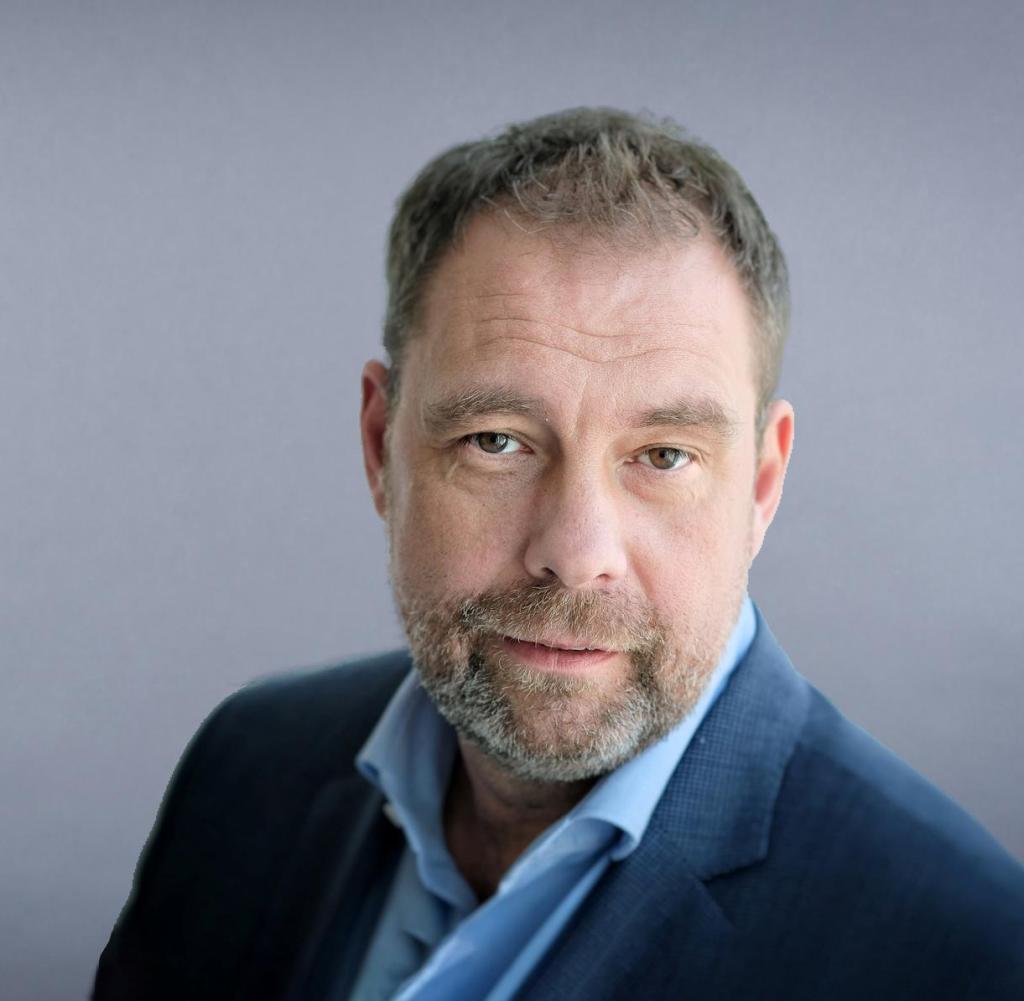 Member of the Bundestag Connemann called for a clear signal from the traffic light coalition to companies that they were being noticed. “But there is no such signal,” said the federal chairwoman of the CDU’s SME and Economic Union. “People are really fed up, they don’t have time.”

The federal government is currently working with Economics Minister Robert Habeck on solutions, such as an electricity price brake or extended operation for nuclear power plants, which should actually be shut down at the end of the year. “Consumers should now wait again for a new electricity market model to come about,” criticized business journalist Tenhagen.

His counter-proposal: “You can do the Austrian model,” he suggests. 80 percent of average household consumption will be made cheaper. “That would mean for all big cities that people have enough energy at very cheap prices. But that wouldn’t be quite the case in rural areas, because people structurally need more electricity there. But the model works.”

“The security of supply is ensured,” said the Green Minister

But that doesn’t help the industry, such as the Künne bakery. “Something has to happen from December, otherwise we’ll go bankrupt,” said the owner. The same is true for many other companies. “I can’t sign a new contract. I am responsible for my family and my employees. And under these conditions, that’s not possible.” In the direction of the politicians, she asked: “Why aren’t medium-sized companies relieved? There is nothing in any program for small businesses.”

“Not true,” replied the Hessian Economics Minister Al-Wazir. Finally, there are the liquidity aids and subsidy programs, he said. Other solutions are the planned electricity price cap for smaller companies and an excess profit tax for companies that benefit from the crisis. 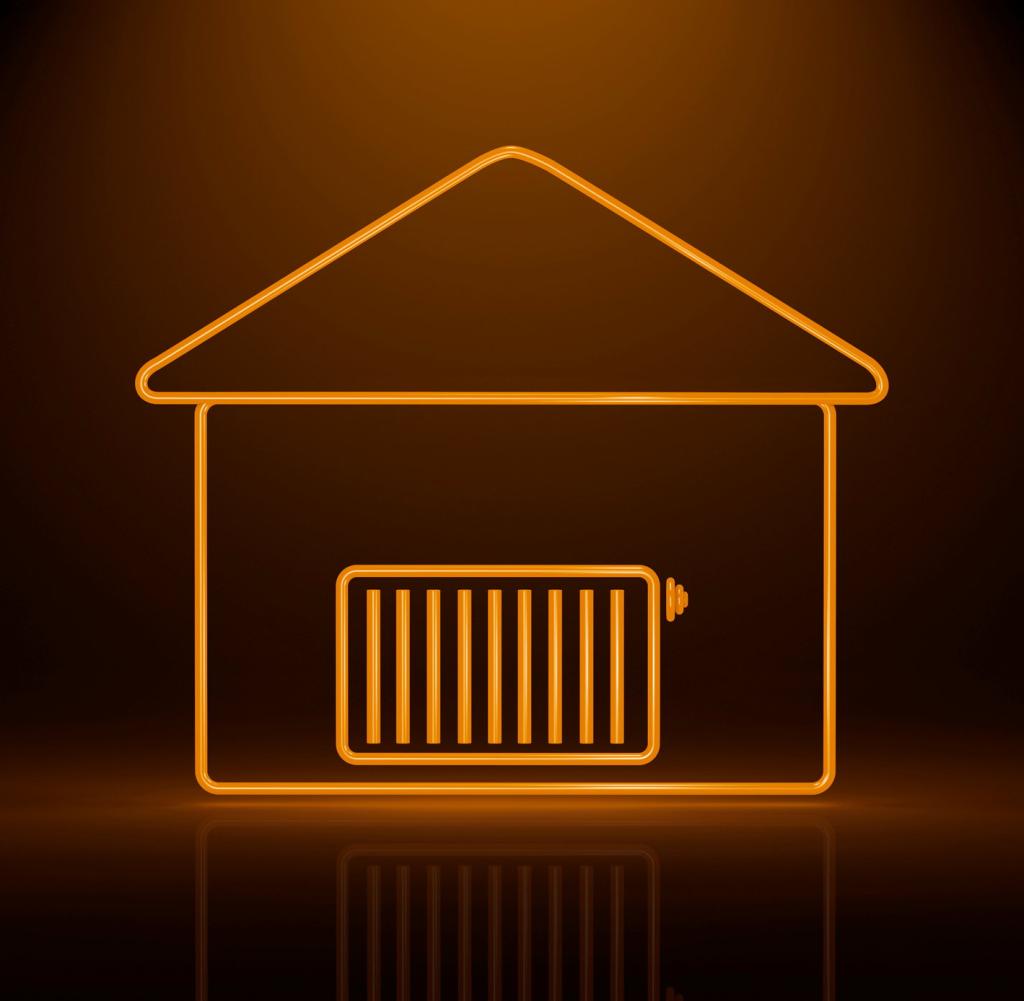 In addition, in December it will be checked whether a situation without the three active nuclear power plants will lead to problems – in an emergency they would continue to operate instead of being shut down, said Al-Wazir. CDU Mrs. Connemann countered: “The three nuclear power plants in operation currently supply 10 million households with electricity. On the 1.1. they are no longer supplied, which means that there is an additional need. This will cause the price to go up even more.”

For Connemann, there are ideological reasons why the Greens and the federal government want to switch off the nuclear power plants. “We need this electricity.” The question of price cannot be clarified with that, said Al-Wazir. “It’s about security of supply,” urged Connemann. “The security of supply is ensured,” said the Green Minister.

Relief from the state? “It can’t be continued like this”

Business journalist Tenhagen spoke out against the continued operation of the nuclear power plants. “These things have not seen a TÜV for 13 years, which were suspended because it should be over anyway.” In addition, only “the third team from Bayern Munich” was left as a workforce in the nuclear power plants, he said. After all, the closure has been known for years and many people who were previously employed there have reoriented themselves.

The nuclear waste is also like a “jumbo plane that you can take off without an existing runway,” said Tenhagen. “But what alternatives are there?” Künne asked. Tenhagen: “We don’t need the nuclear power plants. You are already receiving high offers for electricity, even though nuclear power plants still exist.” 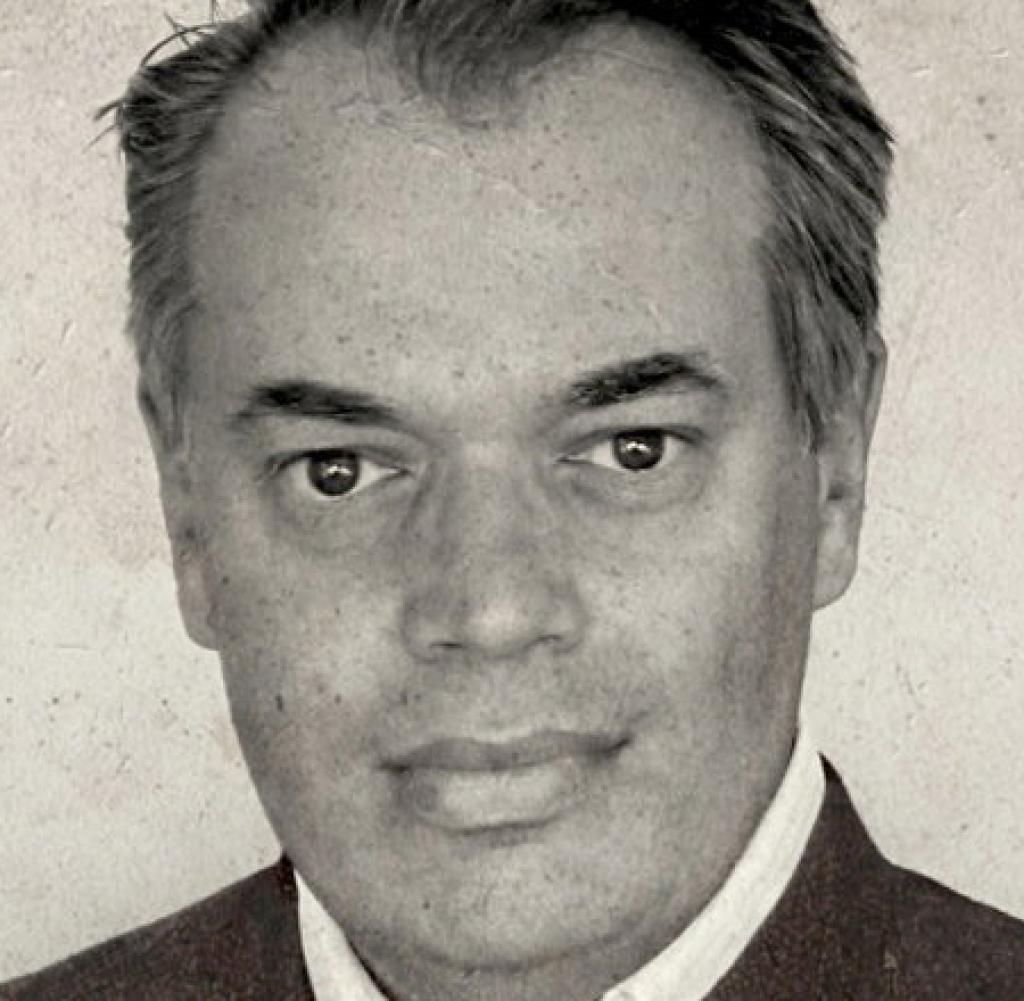 If the state helps, with price controls, grants, relief packages – how long should that go on? “It can’t be continued like this,” said economist Kooths. Now we have to talk about which part of the increase in energy prices should be buffered. “We will emerge from the crisis with much higher prices anyway. We cannot subsidize this structural increase in the long run, it has to be sustained by the market.”

However, the extreme increase in costs can be smoothed out. For this, however, it must be looked at where the new “normal level” of higher energy prices will probably be. “That depends very much on the strategic decisions, which have not yet been identified,” he said in the direction of politics.

“We are left completely alone”

Al-Wazir didn’t want to let that stand, after all strategic decisions had already been made by the traffic light coalition: “The answer is the energy transition. Saving energy, energy efficiency, renewable energy. Mr. Putin cannot turn off the sun and wind.” However, the previous governments overslept these decisions in recent years.

“Can we do this by January?” asked the owner of the bakery, Künne. “So we won’t make it until January, but…” said Al-Wazir and was interrupted by CDU Mrs. Connemann: “It’s about long-term strategies that don’t help companies and families today.” 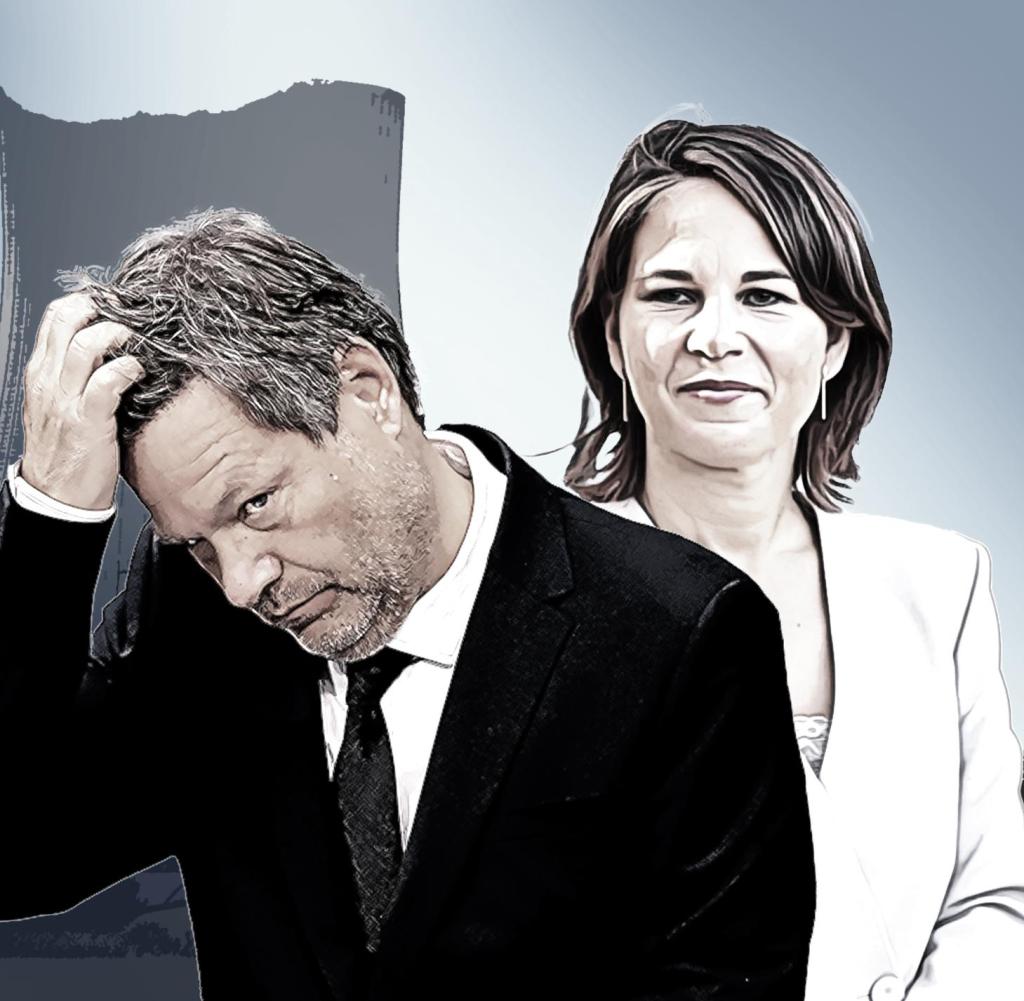 Bakery owner Künne summed up the politicians’ discussion: “I’m not an expert (related to nuclear power plants, editor’s note), but my common sense tells me that we now have a new situation, and that’s it we have to adapt.” Instead, there is only “political dispute, but nothing is done for us. We are left completely alone,” said Künne.

“Kick-off Politics” is WELT’s daily news podcast. The most important topic analyzed by WELT editors and the dates of the day. Subscribe to the podcast at Spotify, Apple Podcasts, Amazon Music or directly via RSS feed.

Everything that happens behind the Russian withdrawal in Ukraine

Big Crash of Cryptocurrencies Due to Disastrous Inflation Data.. A Mass Market Drop By Investing.com