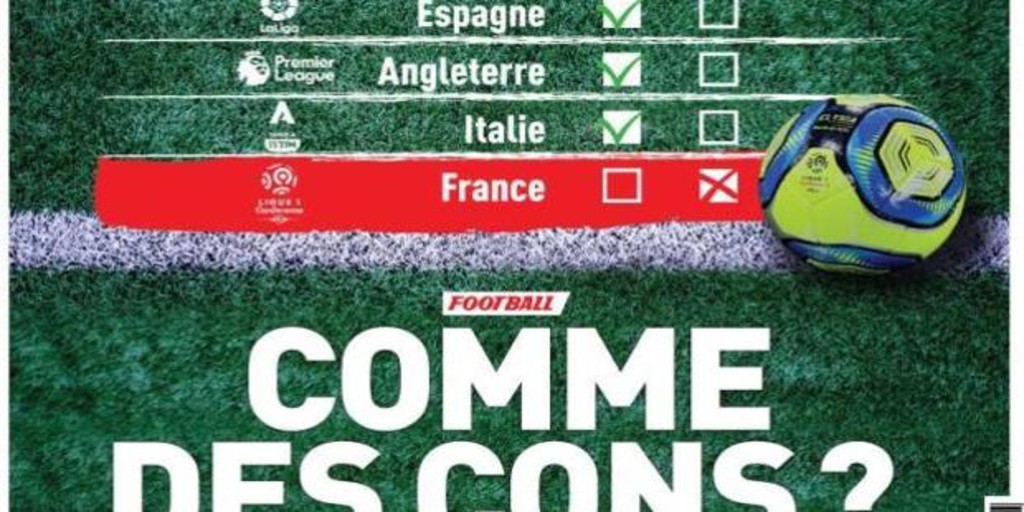 The debate in France is intense after seeing that, unlike the French league, which decided to end the season in the face of the incident of the coronavirus pandemic, the main European leagues already have a date to return.

The last to speak has been the sports newspaper ‘L’Equipe’, which brings to its cover the fact that championships such as the German, already underway, or the Spanish and English, about to resume, have a plan for the return of the competition. “Like idiots?” Asks the newspaper about the French decision to end the league.

In the neighboring country, the decision came from the Government, which led the LFP to end the course, deciding to leave the classification as it was at the time of the suspension.

Olympique Lyon, one of the teams harmed by this decision, has been one of the most opposed to it. For the damage it has caused and for the argument that it will weaken the French teams in the event that the European competitions are resumed. Its president Jean-Michel Aulas has been very combative and even tried to get the support of different French senators and took his arguments to court.

Now before the failure of his movements
has come to propose a tournament in July
between the teams that compete in continental competitions and the final of the Coupe de France.

“It is essential that French clubs can start playing behind closed doors in early July, just like their European competitors,” said Aulas. “At least four clubs should be allowed to play, all three playing the National Cup final, Paris, Saint-Etienne and Lyon. I add to Lille, who is interested. These four clubs are candidates to play in July. And there will be others, Nantes is also interested »

The French Prime Minister, Édouard Philippe, authorized this Thursday the return of training for professional athletes from June 2. .