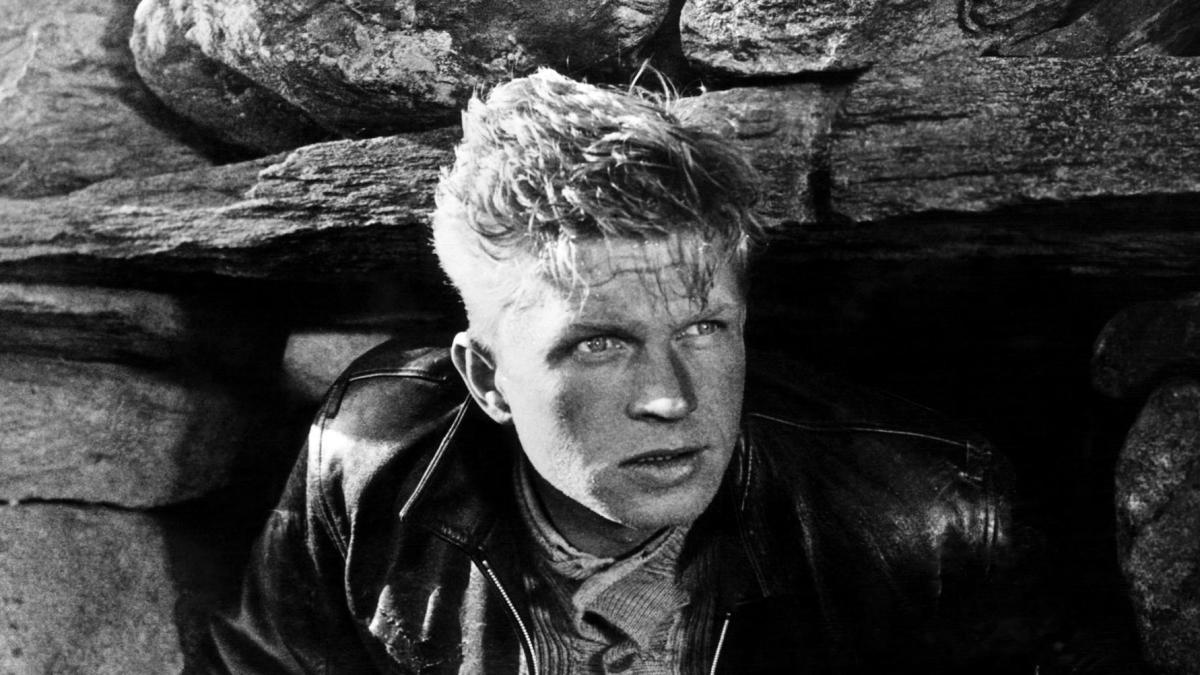 Nand Hardy Krüger is also dead. Anyone who sticks out even a little bit into the fifties or sixties, whoever has even a little cinematic experience with this time, will see the end of the world. Yes, there is no other way to put it. With the death of the charismatic actor, writer, adventurer and political enlightener at the age of 93, the time is finally coming to an end when German film and German television were still in touch with the beginnings of our political system. And even beyond. Hardy Krüger made his debut as a child actor back in 1943 in Alfred Weidenmann’s Nazi propaganda film “Junge Adler”.

It is an exemplary German life, which probably no other actor of his generation has led, which has now come to an end after long, fulfilling years. Exemplary for the so-called skeptical generation, which had drawn the one, existential lesson from the fall of the Third Reich: “Never again!”

Because Hardy Krüger himself was supposed to support the terrible Hitler regime as an elite student at an Adolf Hitler school. As an adolescent he had watched the criminal machinations of National Socialism, he had turned away from it in the penultimate year of the war, he had deserted and been sentenced to death, but like his country, he rose like a phoenix after the caesura of May 8, 1945 from the ashes and lent a hand, in his own way, to rebuild his country.

He retained the image of the young eagle, the brave, upright, righteous man. In the late 1950s and early 1960s, even internationally, he liked to give the hallodri, but even more the fighter for a good cause: “One came through” was the name of one of his most successful films in 1957, and of course it meant the war, this cursed enterprise a megalomaniac who used Hardy Krüger and his generation as cannon fodder.

And he looked so great! be like him! That’s what the German men of that time wanted. If we ever had a German answer to James Dean, it was Hardy Krueger. Not the nice Claus Biederstaedt, not the brave Karl-Heinz Böhm, not even Joachim Fuchsberger, who also became known for his roles as a soldier, and certainly not the pretty Filou Horst Buchholz. No, it was the blond boy from Berlin, always recognizable by his kodder snout. Hardy Krueger, a angry young man far more than the dreamy Jimmy Dean, who always seemed a bit helpless, and who you really couldn’t imagine in a uniform.

And last but not least, Hardy Krüger fought against the shallowness of German post-war cinema. Of course, he also had to put on a good face at the bad game and took on the lead role in a dud like I Can’t Marry Everyone (1952). But when he condescended to the operetta adaptation “Die Christel von der Post” a few years later, he made it a condition that a boxing scene should be included for him, so that the whole thing would have a somewhat more pithy character.

Then he also showed gleefully bare skin and played shirtless, an upper body, by the way, which, ten years after the end of the war, you could still see the years of hunger. Gym: none.

Revolt against the idyll

This is also exemplary of Krüger’s biography: the rebellion against fleeing into the idyll that the cinema of the young Federal Republic stood for for many years. Krüger was drawn to America, he wanted to see the world. But when he realized that Hollywood also had its constraints and always only used him as a German soldier, albeit as a good, critical, character-strong one (see “The Bridge at Arnhem”), he quickly drew the necessary conclusions and turned back your back on the dream factory.

He then expanded his radius. He wrote novels, his autobiography (“Young Unrest”). He clarified the Nazi regime, he went to schools, climbed the podium to announce his “Never again!”. He campaigned for post-colonial Africa, ran a farm himself in Tanzania and also wrote a highly acclaimed book about it.

When he returned to Germany and presented himself to the public, there was always a big hello, right up until the end. His warm-heartedness, his calls for optimism, for hands-on work, his rejection of weeping and letting go: that was well received. This gratefully reminded his fellow countrymen of the qualities to which they owed it that they had gotten back on their feet after the end of the world.

Hardy Krüger’s fellow generation, Joachim Fuchsberger, coined the phrase “aging is not for cowards”. A book title by Hardy Krüger could be placed alongside this. It was: “He who dies upright lives longer”.

He remained upright, also in his political commitment against right-wing extremism, to the end. And he did live, self-determined and inflexible, longer than all of them with whom he had once started. On January 19, 2022 he died in Palm Springs, California, his adopted home. He was 93 years old. Hardy Krüger, one of the last of his kind. With whom we lose a lot.

“Politician politics does not suit us”: who are the two founders of the popular Primary?