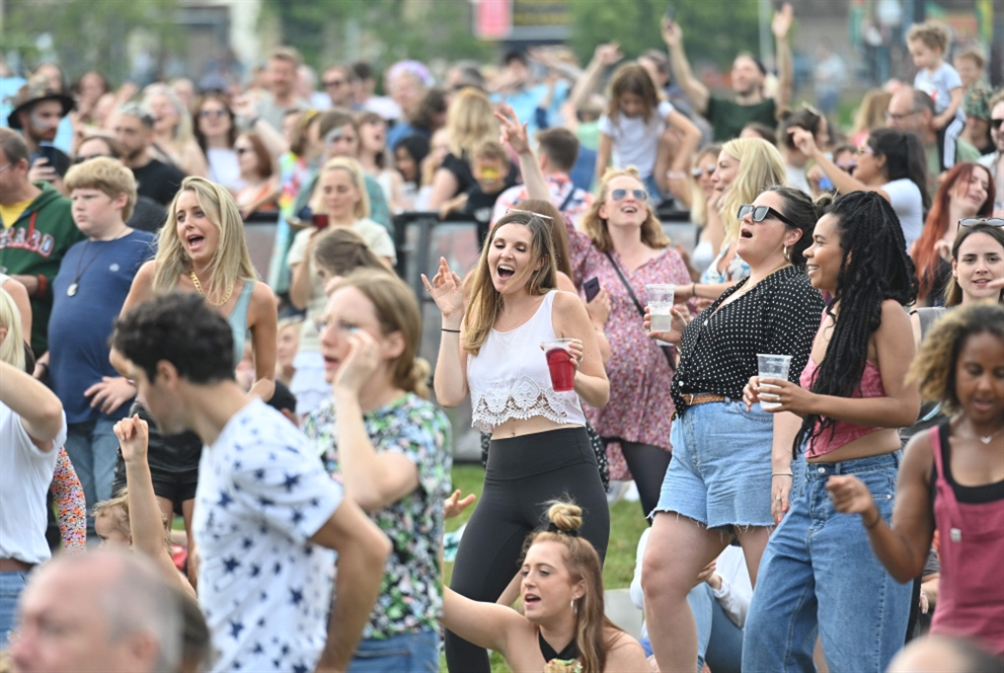 Britain lifted, last week, the restrictions that were imposed to contain the “Corona” epidemic, and Prime Minister Boris Johnson only “begged” citizens to wear masks, maintain social distancing, and quarantine themselves “when asked to do so.” However, the lifting of restrictions did not coincide with any containment of the epidemic in the country. On the contrary, the United Kingdom recently recorded more than 36,000 infections, due to the outbreak of the Indian “Delta” mutant, the fastest spreading. And the citizens, it seems, have begun to delete the tracking application for “Corona”, which the state considers the “second line of defense” in its battle against the epidemic.

Those who have followed Johnson’s response since the beginning of the global health crisis will not be surprised by such a result. This response, coupled with the recent move to lift restrictions, prompted observers and the media to talk about “an official British surrender to the epidemic.”

The “Scan and Trace” program is incapacitated

At the moment, the NHS Test and Trace programme, on which Britain has spent about 37 billion euros, is facing major problems. The British have either started deleting it, or preventing it from accessing their sites, according to the American newspaper, the Financial Times.

And last week, the number of warnings that this application sends to citizens in the event they come into contact with anyone who later becomes infected with the epidemic, amounted to about 620,000 warnings, according to the Ministry of Health figures. These notices caused a disruption in the transportation and food distribution sector, preventing the supply of fuel and foodstuffs to supermarkets, so their shelves became empty. This prompted the British Distributors Association to demand the government ease the isolation measures for contacts.

Despite this, the newspaper indicates that the number of warning notices during this week, and although it also increased, it remains very far behind the actual number of injuries, which clearly indicates that some citizens are circumventing the program, and that one out of almost 5 people deleted it. The British Minister of Business, Kwasi Quarting, recently denounced this phenomenon, describing it as “shameful behaviour”.

The next is more difficult

It is true that 69% of adults in the United Kingdom have received, so far, both anti-epidemic doses, which provides a level of protection that was not expected for many until last summer, but it does not mean the “absolute freedom” that Johnson unleashed, according to what The British newspaper, The Guardian, reported. It turns out that it is entirely possible for the vaccinator to catch the epidemic and pass it on to those around him.

For its part, the American newspaper “New York Times” asserts that it is better to call the day when restrictions were lifted as “Anarchy Day”, rather than “Freedom Day”. It points out that the number of injuries will likely reach 100,000 per day soon, and that hospitalizations, despite their decrease compared to previous waves thanks to vaccination operations, are still rising, as well as deaths.

The newspaper considers that after a year of sacrifices, all efforts will be in vain, with young people meeting to drink in crowded rooms again, go to the club, and other practices that have become permissible, and that endanger everyone’s lives, without any actual plan for the future.

Surrender from day one?

From the first day of the outbreak, Johnson’s response has not looked the most perfect. It has largely intersected with the response of a number of populist presidents around the world, including US President Donald Trump and Brazilian President Jair Bolsonaro. And soon they put their countries in the first ranks in terms of the number of injuries and deaths around the world. Currently, theories that “the epidemic is just a runaway” and that “people have to live with it” again form the basis of Johnson’s latest move.

In fact, The Conversation reports that the British Prime Minister was absent, in February, from 5 “COBRA” meetings, which is an acronym for the “Civil Emergencies Committee convened to address issues of national emergency or major disturbances” in Britain, which It was held to study the response to the emerging epidemic at the time.

In early March, Johnson’s “optimism” appeared again, as he said enthusiastically: “I was in one of the hospitals where there are a number of “Corona” patients, and I shook hands with everyone,” before he announced in the same month that he was able to “send the virus with a parcel.” outside the country, within exactly a year,” according to the same newspaper.

As the summer kicked off, Johnson began sending mixed messages of his thirst for getting people back to work. “I want to see action,” he says. I want to see people go out again, but with caution.”

Currently, Johnson does not intend to conduct a public investigation into the epidemiological situation in his country during the past year, before the spring of 2022. In this context, a member of the Scientific Advisory Group for Emergencies (SAGE), Jeremy Ferrara, confirms to the newspaper “The Guardian” that this behavior is a “disgrace.” , and does not go beyond being a mere political maneuver aimed at preserving the reputation of the prime minister.”

And he continues: “We need independent and rigorous assessments of our political and structural capabilities, which the United Kingdom turned out to be lacking in the first part of this crisis, as well as some ministers lacking.” Noting that the official revealed that he was about to submit his resignation from his position, in Earlier, following Johnson’s decision not to shut down the country last fall.