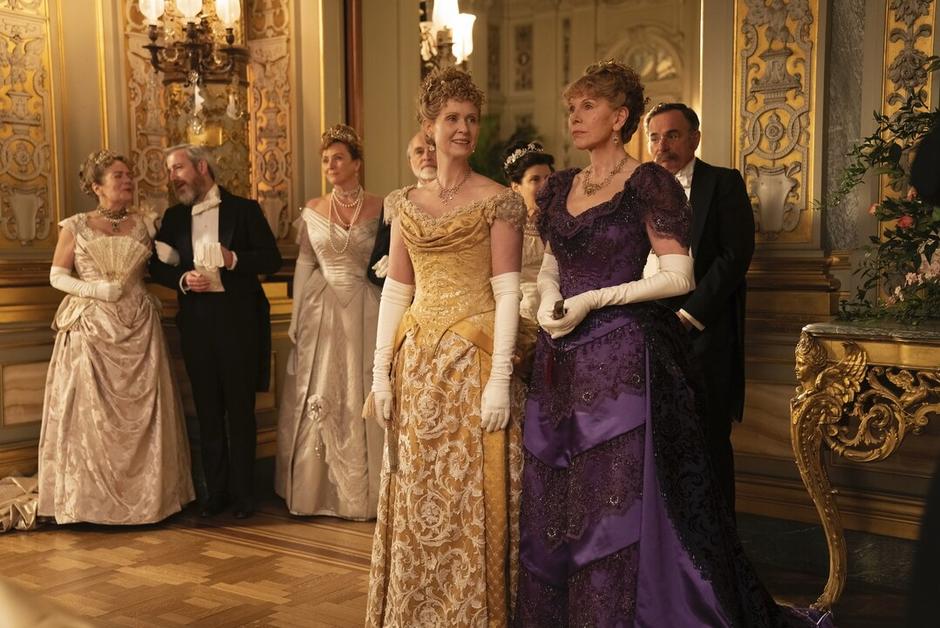 The British designer transposes into New York at the end of the XIXe century the ingredients that made the success of the series Downton Abbey. Between polite indifference and sarcasm, the British press comments on the result. The Gilded Age is broadcast in France on OCS.

The first scene of The Gilded Age takes us to Central Park, New York, in 1882. Sheep bleat away in front of a convoy of carts loaded with furniture. “They turn around and run away from the camera. A wise decision, all things considered,” mocks Lucy Mangan, the TV critic of the Guardian.

A good decade ago, British screenwriter and director Julian Fellowes found success with Downton Abbey, a soap that traced the struggle against the decline of an aristocratic Yorkshire family in the years 1910-1930, as well as the aspirations of its domestic workers. The codes of the old world were cracking, and the characters, each in their own way, sought over the course of six seasons to take advantage of this new deal.

Purchased in the United States by the PBS channel, awarded at the Golden Globes and at the Emmy Awards, Downton Abbey captivated the American public. At the start of 2022, Julian Fellowes is trying to repeat his feat. On January 24, HBO began broadcasting The Gilded Age, the Briton’s first American creation (available one day later in France, on OCS). As its name suggests, it takes place in New York during what is known as the “Golden Age”, this period of reconstruction and economic take-off which followed the Civil War.

For many critics, The Gilded Age is an American version of Downton Abbey. Even if the title and the country change, “we all know what we are dealing with, recaps Lucy Mangan in The Guardian. There are the smart people – those old families who have lived in New York since the day a Dutchman dreamed of it. There are the upstarts, who made dodgy chunks of money building railroads and are now erecting luxurious mansions all over Manhattan, hoping to make their way into high society.”

And, as in Downton Abbey, there are the house staff, adds the journalist. From the office, in the basement of mansions, maids, kitchen workers, chambermaids and footmen gossip about their employers “as soon as the butler, an imposing presence, has his back turned”.

Too syrupy, not cozy enough

Does the set work? James Jackson, the critic of the venerable daily The Times, had some fears before watching the pilot of The Gilded Age, lasting 81 minutes: