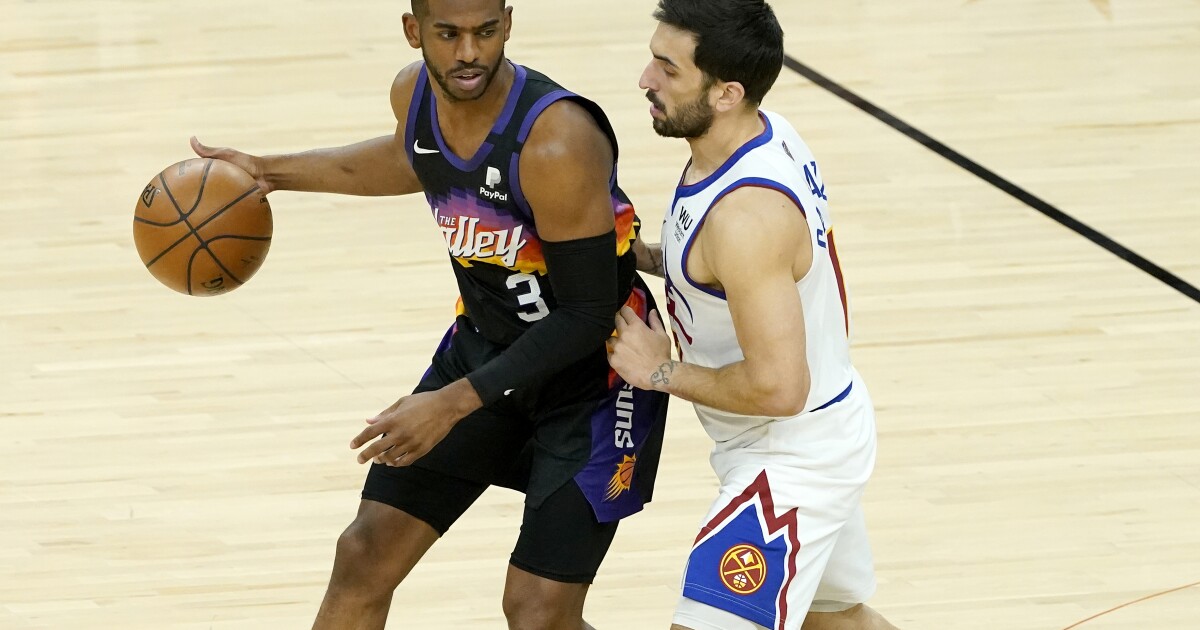 The Suns continue to shine. Phoenix led 2-0 in the Western Conference Semifinals.

Chris Paul finished with 17 points and 15 assists for the Suns to beat the Denver Nuggets 123-98.

Six Phoenix players, second seeds from the West in the current Playoffs, finished with double digits in a game where the locals were far superior in a duel where 16,500 people entered the home of the Suns.

They have been two easy victories for Phoenix, because in the first game they also won comfortably by 122-105.

The Suns’ shots from long range did damage. They made 18 3-pointers of 38 attempts, for an ERA of nearly 48 percent.

Nikola Jokic, who was only named the NBA’s Most Valuable Player this 2020-21 campaign, finished with 24 points and 13 boards, but the rest of the Nuggets did not respond.

The series will move for Game 3 and 4 to Colorado. Friday will be the third in the series.

Phoenix had not qualified for the postseason for 11 years, and is two more wins away from placing in the Western Final, the same instance where he stayed in the 2009-10 season.