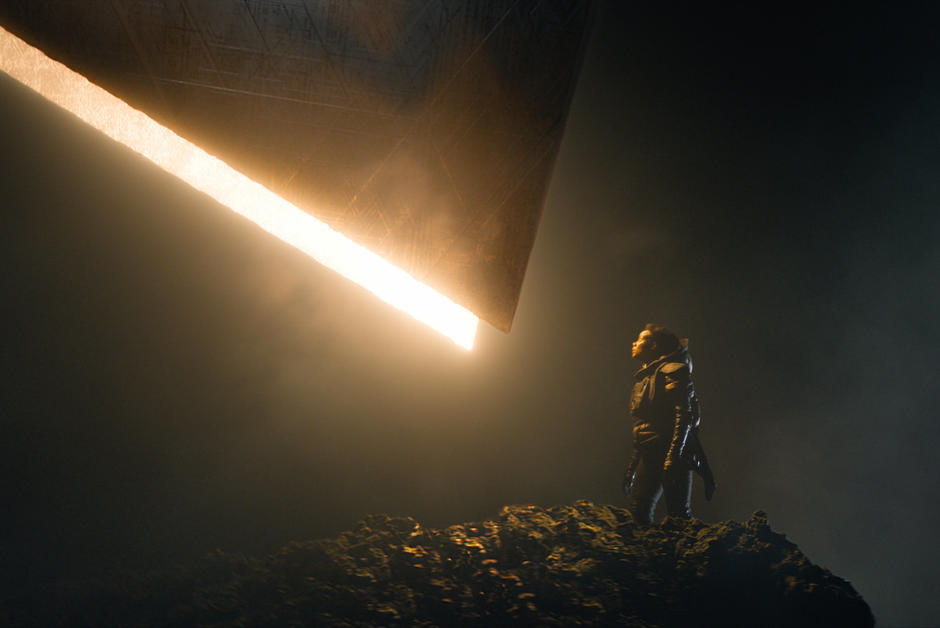 An empire the size of the galaxy, mathematics to predict the future… Apple TV+ tackles a large piece by adapting the Foundation cycle of Isaac Asimov. If the result is visually grandiose, Anglo-Saxon critics are divided on the merits: is the scale of the story an asset or a handicap?

YESBeyond the confines of boredom

“Demonic complexity” is the first qualifier affixed by The Daily Telegraph To Foundation, the Apple TV + series, which began airing on Friday, September 24 (two episodes are already available, the next eight will follow on a weekly basis). The challenge is indeed great to adapt a work in the form of a titanic mosaic: the Foundation cycle, by Isaac Asimov (1920-1992), who mixes short stories and novels in a futuristic universe where humanity has colonized millions of planets across the galaxy.

The British daily ventures to a summary of the starting point of the series: “A galactic empire – led by three clones of the same man at different times in his life – must face an existential threat. Which takes the form of the predictions of a mathematical genius, Hari Seldon (Jarred Harris). He practices a science he calls ‘psychohistory’. ”

The discipline in question is supposed to make it possible to anticipate by calculations the behavior of large groups of the population. However, Seldon announces the fall of the empire, followed by a period of war and chaos of varying length depending on his success or not in creating a vast galactic encyclopedia and in bringing together a troop of scientists in order to provide a base (a “Foundation”) to the reconstruction of civilization.

This is a good excuse to transport the viewer to all kinds of striking scenery, from the city-planet that is the capital Trantor to spaceships that take on the appearance of mini black holes as they move. Nothing, on the other hand, recalls the Earth (if not the “imperial library” which was filmed at Trinity College in Dublin). The series can work if you watch it on a very large screen in HD, ironically The Telegraph, for whom it remains “despite everything, it is impossible to get rid of the feeling that this astronomical magnificence serves to distract from the holes in the scenario ”.

The lack of a solid red thread would be the main weak point of a story that plays with the chronology of the storytelling. The newspaper comes to question everything:

Whose story is being told ? Why should we care ? Why is the Emperor (Lee Pace) dressed as a Transformer ?”