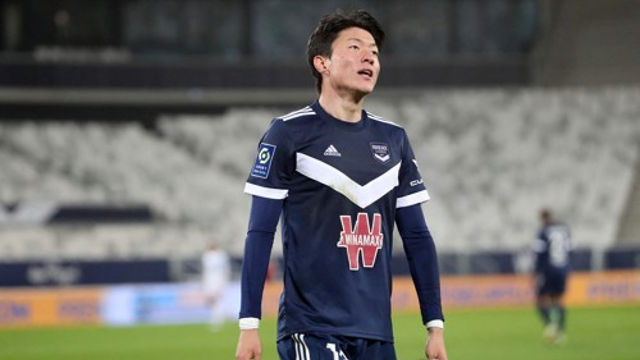 Striker Hwang Ui-jo (30, Bordeaux), who exploded his first hat-trick after advancing to Europe, vowed to play in the Bentoho Lake, saying, “My confidence has risen and my performance has improved.”

Hwang Ui-jo, who joined the soccer team led by coach Paulo Bento ahead of the 7th and 8th rounds of the 2022 Qatar World Cup final qualifiers, said this through the Korea Football Association on the 25th (Korean time).

Hwang Ui-jo exploded a hat-trick in the French Ligue 1 match against Strasbourg the day before and took the lead in Bordeaux’s 4-3 victory.

He enjoyed the joy of a hat-trick for the first time since entering the French league in the 2019-2020 season.

He scored 27 goals in 77 league matches, setting the record for the most goals scored by an Asian player in the French league.

Hwang Ui-jo, who joined the Bentuho, said, “My confidence has increased, and it feels good to be able to recover a little bit more and come back. I want to do better in the national team.”

Hwang Ui-jo, who could not play in 4 regular league matches due to an ankle injury in October and November last year, felt pain in the back of his thigh against Marseille on the 8th, making fans’ hearts pound.

Hwang Ui-jo said, “At that time, I continued to participate in games and trained as well. The club gave me a lot of consideration, so I adjusted my training, so there is no problem now.”

Previously, Bentuho had great victories in evaluation matches against Iceland (5-1 win) and Moldova (4-0 win), which had no overseas presence.

Junior strikers such as Jo Kyu-seong (Kimcheon) and Kim Kun-hee (Suwon) made a great performance and received good reviews.

Hwang Eui-jo said, “Both players seem to have shown their strengths well.

Hwang Eui-jo said, “I want to prepare for the rest of the game (9th and 10th games) comfortably because it is decided as soon as possible.

Regarding the team captain and friend Heung-Min Son (Tottenham) and Hee-Chan Hwang (Wolverhampton) not being able to play in the two matches due to injuries, he said, “They are very important players, so there will be a lot of vacancy, but if all players prepare well, they will play well enough. can,” he said.

The James Webb Telescope is in its final orbit, and its first image will arrive in July