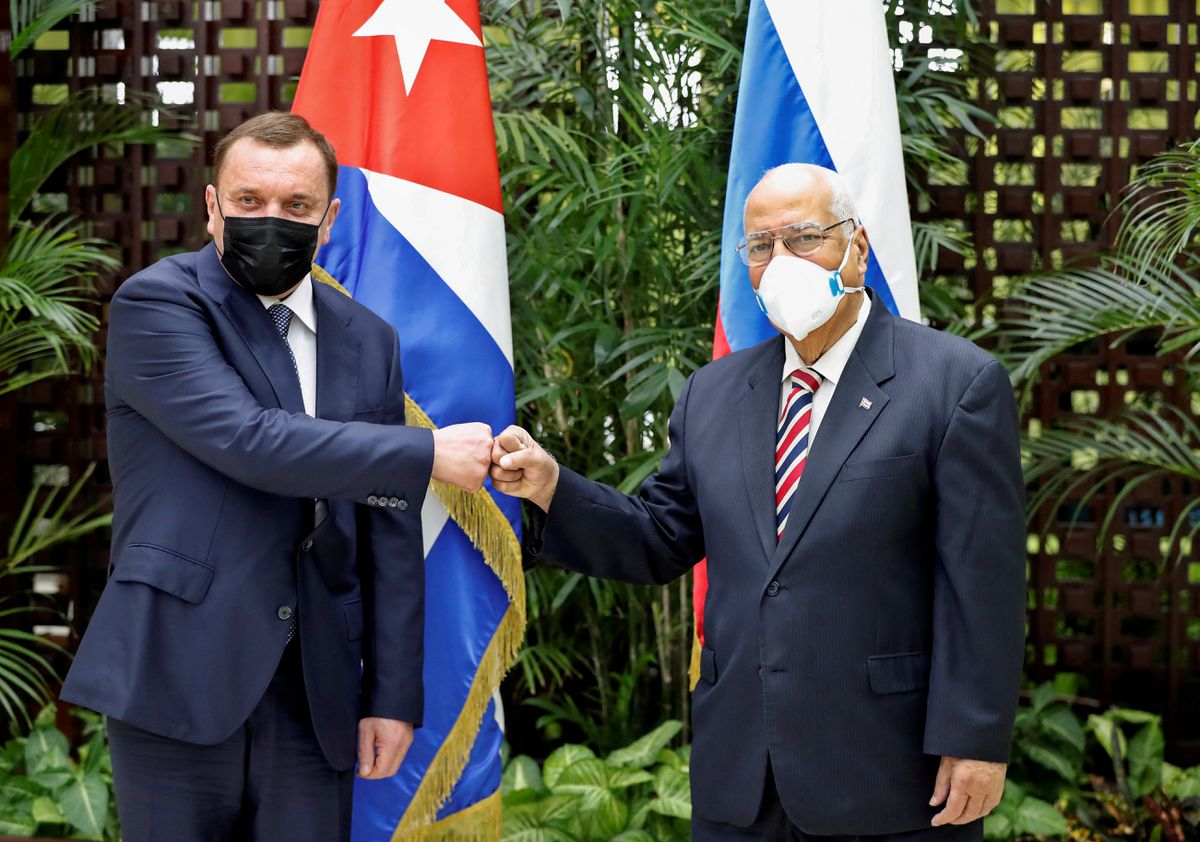 Although the current situation has little to do with the blocs and geostrategic alliances of the Soviet era, the return of the cold war between Moscow and the West as a result of the Ukraine conflict has brought Cuba back into the Kremlin’s orbit in an increasingly militant manner. except for his rivalry with the US Economically and politically, both countries are little alike anymore, but with the worsening of the Ukrainian crisis, Russia and Havana are staging these days the strengthening of an alliance that is more diplomatic and declarative than rubles and subsidies, as it was before, although something always falls.

After the conversation held on January 24 between Vladimir Putin and his Cuban counterpart, Miguel Díaz-Canel, in which they expressed their willingness to deepen “strategic cooperation” and “strengthen bilateral relations”In the last week, two high-level Russian delegations have visited the island. Last Friday it was the Russian vice president, Yuri Borisov, and this Wednesday the president of the Duma (lower house of the Russian Federal Assembly), Viacheslav Volodin, arrives in Havana, just one day after this institution announced the restructuring of the Cuba’s most recent debt with the Eurasian country, valued at 2.3 billion dollars.

The Cuban Ministry of Foreign Affairs issued a statement in which it fully aligned itself with Moscow in its dispute with the US and the EU over the Ukraine conflict, although without recognizing the independence of the breakaway republics of Donetsk and Luganks. “The United States Government has been threatening Russia for weeks and manipulating the international community about the dangers of an ‘imminent massive invasion’ of Ukraine. It has supplied weapons and military technology, deployed troops to several countries in the region, applied unilateral and unjust sanctions, and threatened other reprisals. At the same time, he unleashed an anti-Russian propaganda campaign,” said the Cuban Foreign Ministry. He also highlighted Moscow’s “right to defend itself” and called on “the US and NATO to seriously and realistically address the Russian Federation’s well-founded claims for security guarantees.”

According to the statement, Cuba “advocates a diplomatic solution through constructive and respectful dialogue” to “preserve international peace and security,” but closes ranks with the Kremlin. “The determination of the United States to impose the progressive expansion of NATO towards the borders of the Russian Federation constitutes a threat to the national security of this country and to regional and international peace,” says the statement, which was reproduced by the daily official Granma Recalling statements made in 2014 by the then Cuban president, Raúl Castro, on the occasion of the conflict in the Crimea region, which Russia eventually annexed. “Alarming events are happening in Ukraine right now. The intervention of Western powers must cease (…). It should not be ignored that these events can have very serious consequences for international peace and security,” Raúl Castro said at the time.

On the eve of Volodin’s arrival in Havana, the Duma extended the payment of the debt of Cuba until 2027. Between 2006 and 2019, Russia offered Cuba export credits worth 2.3 billion dollars to finance projects in the fields of energy, the metallurgical industry and transportation, as well as for the supply of goods necessary for the development of the island’s economy, experiencing one of the most serious crises in its history and a suffocating lack of liquidity.

Russian sources said that, since the beginning of 2020, Cuba has practically stopped paying for Russian credits, thereby increasing its debt with commercial banks and export entities from the Eurasian country. According to these sources, the funds that the Russian budget should receive in 2020-2021 for the payment of debt and interest amounted to 57 million dollars, but the Cuban side asked to review the payment conditions. The document approved by the Duma states that the last payment should be transferred to December 15, 2027.

In the last two months, Russia has sent various shipments with 83 tons of humanitarian aid to the island, to which must be added the more than 200 tons last year. “Russia will continue to offer its help to Cuba, we will not stop being by its side in these difficult times,” assured the Russian ambassador in Havana, Andrei Guskov, at the reception of the last cargo plane from Moscow.

“Like a Trump meeting”: diving into the social network of Trumpists

From Emmanuel Macron to NATO, the main reactions to the Russian “military operation”