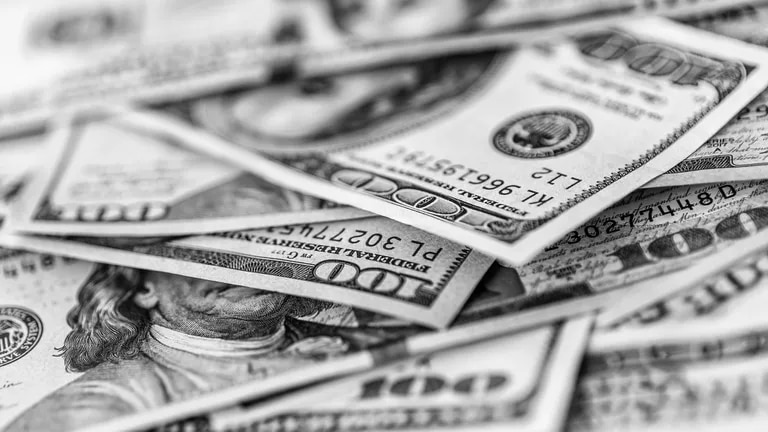 When “potatoes burn”, investors run to take refuge in the dollar. That explains why yesterday, when the Russian invasion of Ukraine became knownthe US bill appreciated against most of the world’s currencies. Be it the Argentine, Chilean, Mexican peso, euro, Russian ruble, Swedish krona or British pound, the hard currency gained ground.

The rise of the dollar at a global level occurs in a context in which the United States is going through an inflationary context to which it is not accustomed. In January, the general rise in prices was 7.5% -the highest figure in 40 years-, which made savers question whether today the banknote continues to be a refuge of value.

“Almost all currencies were devalued against the dollar. Apart from US inflation, the dollar remains a safe haven. That’s why investors are also leaning into inflation-linked US stocks and bonds. The dollar, always, is the first refuge”, considered Fernando Marull, FMyA economist.

The United States is no stranger to the conflict. Rather, he is a key protagonist in the plot. Although for the moment President Joe Biden assured that his troops will not enter Ukrainian territory, the question of whether the war will escalate is still present. “But it’s still far. Instead, Europe has the conflict in its backyard, that’s why the euro falls “, added Camilo Tiscornia, director of C&T Financial Advisors.

With the focus on the exchange plan, the impact that this could generate on Argentina is due to the lack of financing. In a context where stock markets around the world are falling and assets are turning red, investors are taking risks and fleeing emerging markets to take refuge in hard currency.

The opposite case occurs if the currencies of the region, far from the conflict, rise against the dollar. In such a case, as explained by financial analyst Christian Buteler, the Central Bank will not have to move the official exchange rate at such a fast pace. “If the real or the Chilean peso appreciates, the Central can devalue below inflation, something that has been happening since the beginning of the year”, he claimed.

If the war continues over time and, with it, also the rise in commodities, inflation could be pushed up globally. Without going further, On Thursday, oil touched US$100 per barrel, a figure not seen for seven years. The same is replicated with other basic inputs, such as gas, soybeans and wheat.

“If oil prices rise, in the United States it has a rapid impact on gasoline prices and is transferred to the rest of the products, since practically all goods are moved by trucks. Therefore, the United States Federal Reserve (Fed) should accelerate the rate hike to contain inflation, rather than suspend it due to the armed conflict. It is true that the decision could drop activity, but a persistent inflation over time is more harmful than a drop in activity as a result of a war”, graficó Buteler.

An inflation of 7.5% per year in dollars is a lot. For that reason, other currencies begin to gain attractiveness. The Swiss franc, the Japanese yen and the Canadian dollar These are some of the alternatives that savers are beginning to value in their portfolios.

“The yen is a currency that is taken as a refuge, because on top of that Japan is fighting deflation. It has a goal for the price increase to be 2% per year and it never reaches it. This is an inheritance they have had since the 1980s, when a housing bubble burst and they were left with a huge financial problem. They have sold the Central Bank to the maximum so that they print, the Government spends a lot, and even so they do not have inflation. That is why, from the outside, the yen attracts”, closed Tiscornia.

Steam Deck: Valve announces, by surprise, a new game in the universe of Half-Life and Portal!