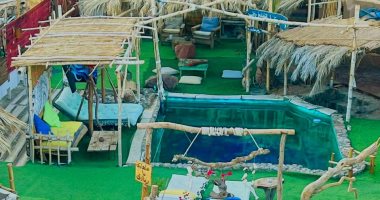 From the nature that God Almighty created, the wood jewelers were inspired to build his own dwelling to mimic the nature around him, and because he realized from the beginning the importance of not tampering with what the Lord Almighty created, so he decided to use trees, salt and palm leaves to build the strangest villa in Egypt, so from the first glance you look at it This villa, which will catch your eye, you think that its owner provides the purchase of ready-made belongings, and manufactures it, but if you delve into the matter, you will find that these things are made by his hand and their default life is much longer, and they give positive energy to the viewer because they are made by nature.

Climate change has created a state of fear all over the world. This is what “Mohamed Abdel Mawgoed” realized when he decided to build his house from nature. He lives in one of the most beautiful and magical regions of the world, “Dahab Egypt” in the governorate of South Sinai. Foreigners from all over The world called it wood jewelers because it is creative in the industry of India. Made from tree wood of a certain type of tree that carries positive energy.

Abdel Gawad, an Egyptian youth who dazzled foreigners at the climate conference cop 27When they were passing by the front doors of his house, they found it attractive, as some asked her to enter and see the villa from the inside, starting from the kitchen to the corners and even the shutters, all made of wood, and the chandeliers, as well as the entire bathroom to the sink, and in a new episode of the “Fathi Show” program. Presented by Mohamed Fathi Abdel Ghaffar, we shed light on a villa that caught the attention of foreigners around the world, located inside Egypt and made by pure Egyptian hands.

Abdel-Gawad says that his use of coarse salt from nature added to what he makes of many benefits, the most important of which is preserving positive energy, and adding epoxy to the wood added a beautiful and creative luster to it. And it was used for the provisions of the work and not to be damaged, and this is what has already been done.

He took advantage of nature and his solutions in everything inside his villa.. “Abdul Gawad” is a graduate of the “Faculty of Commerce”. His dream is to establish a museum of his own, in which he displays everything that he produces in front of foreigners coming to visit Egypt under the title “Do not change the nature around you.” He believes that Egypt will study The world, with the efforts of its people, risks climate change practically.

The “wood jewelers” highlighted the recycling of old wood again inside the house instead of disposing of it by burning or throwing it by rearranging its shape to the modern shape after painting it, or by recycling it again as another product, because everything in nature can be used a thousand times. The aim of building this villa is to develop the environmental factor and replace the manufactured materials that are found in the homes and encourage everyone who sees this place to start doing similar work to protect the environment.

Abdel-Gawad confirmed that this villa was built 90% of dead ship wood years ago, because modern wood cannot be made from this place because its moisture content is very high, and this wood, which some consider to be worthless, is equal to my treasures, and wood The talk should be left in the sun for about 5 years until we start using it. 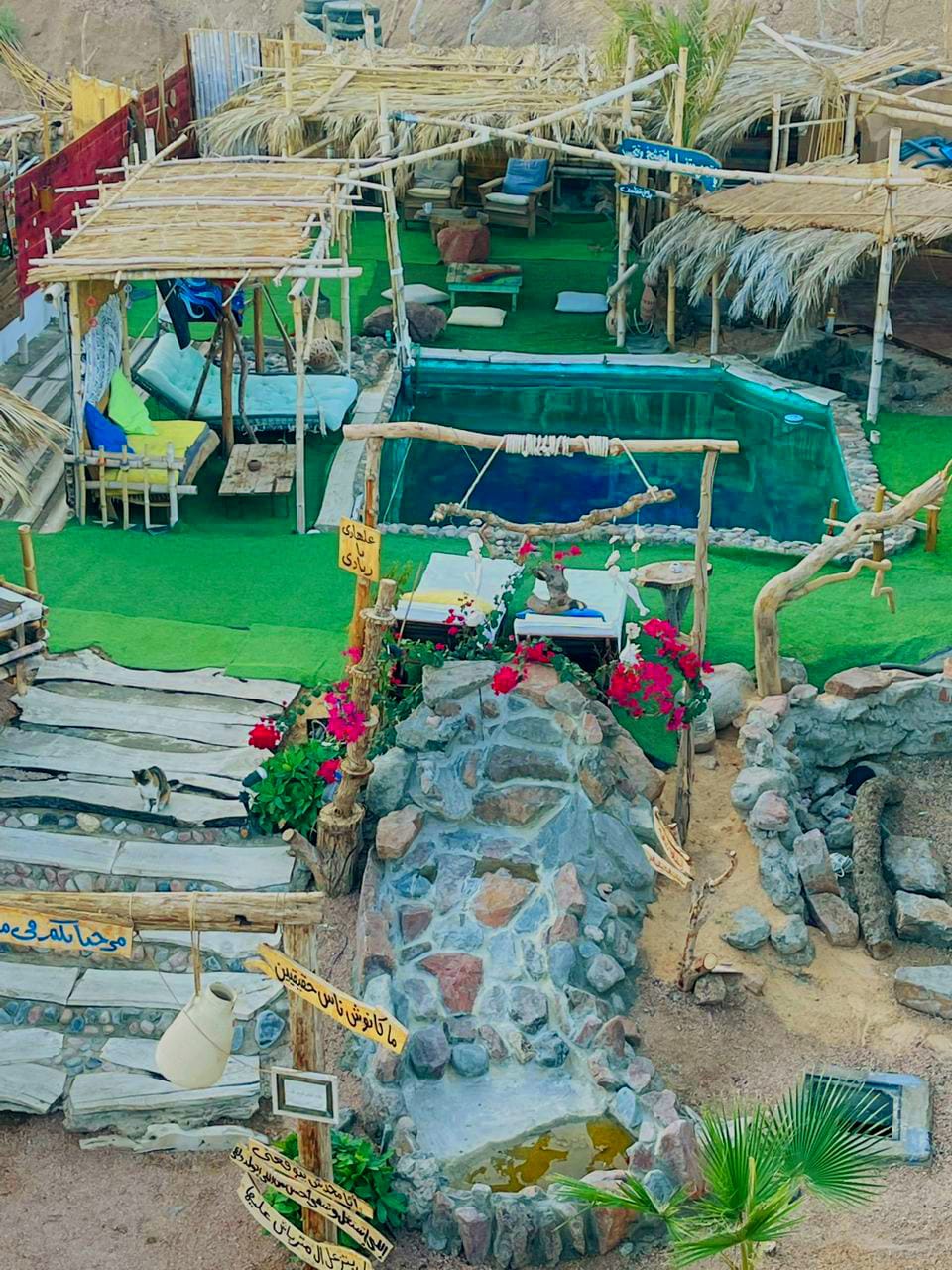 View of the villa from above 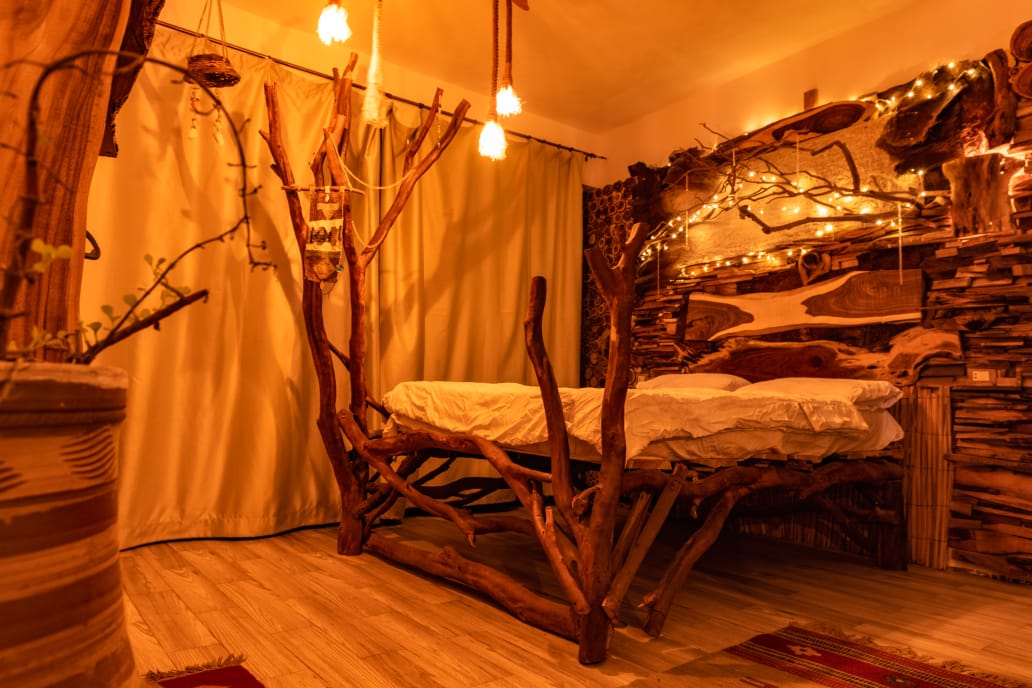 A bed of logs 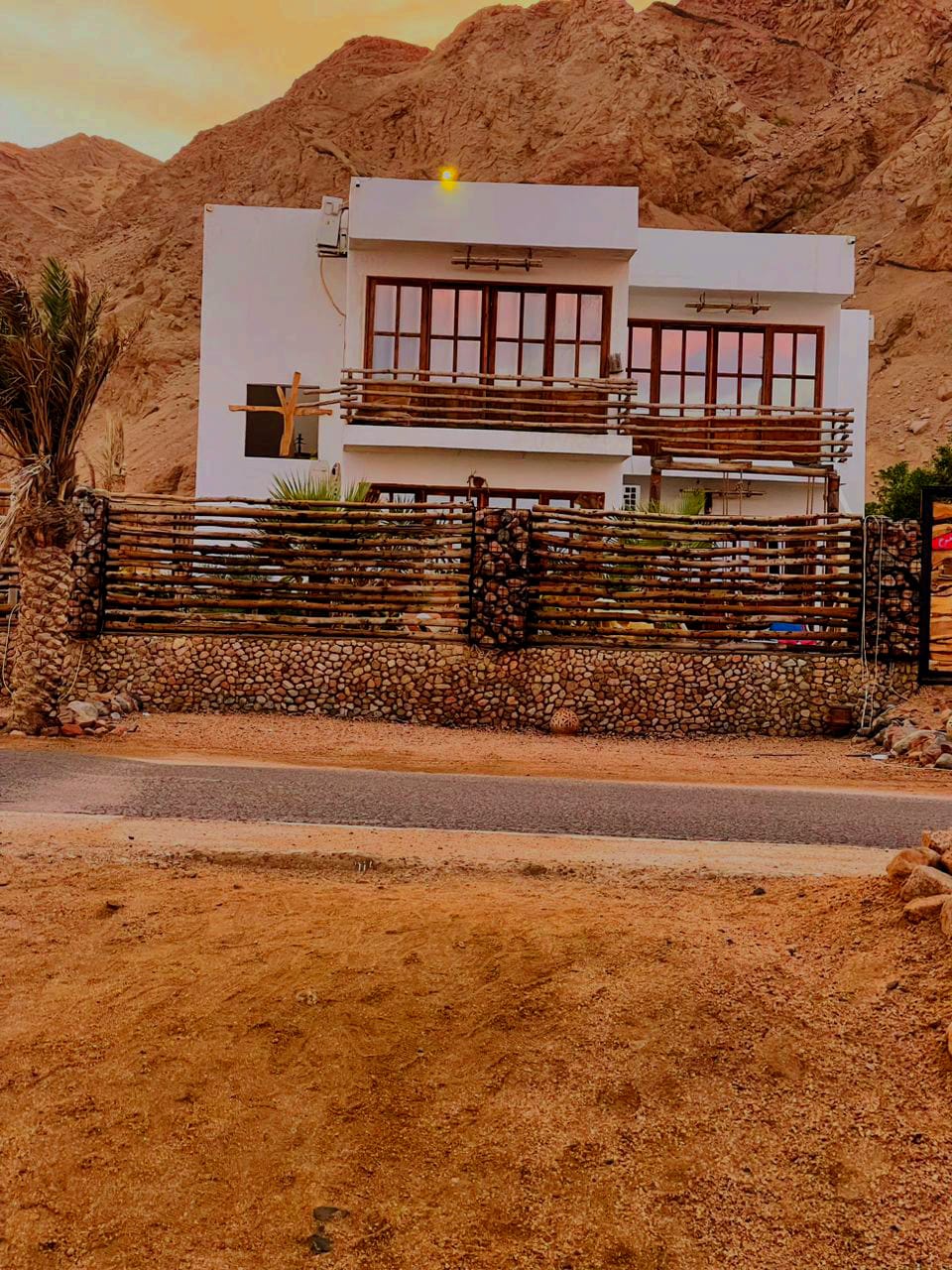 The villa from the outside 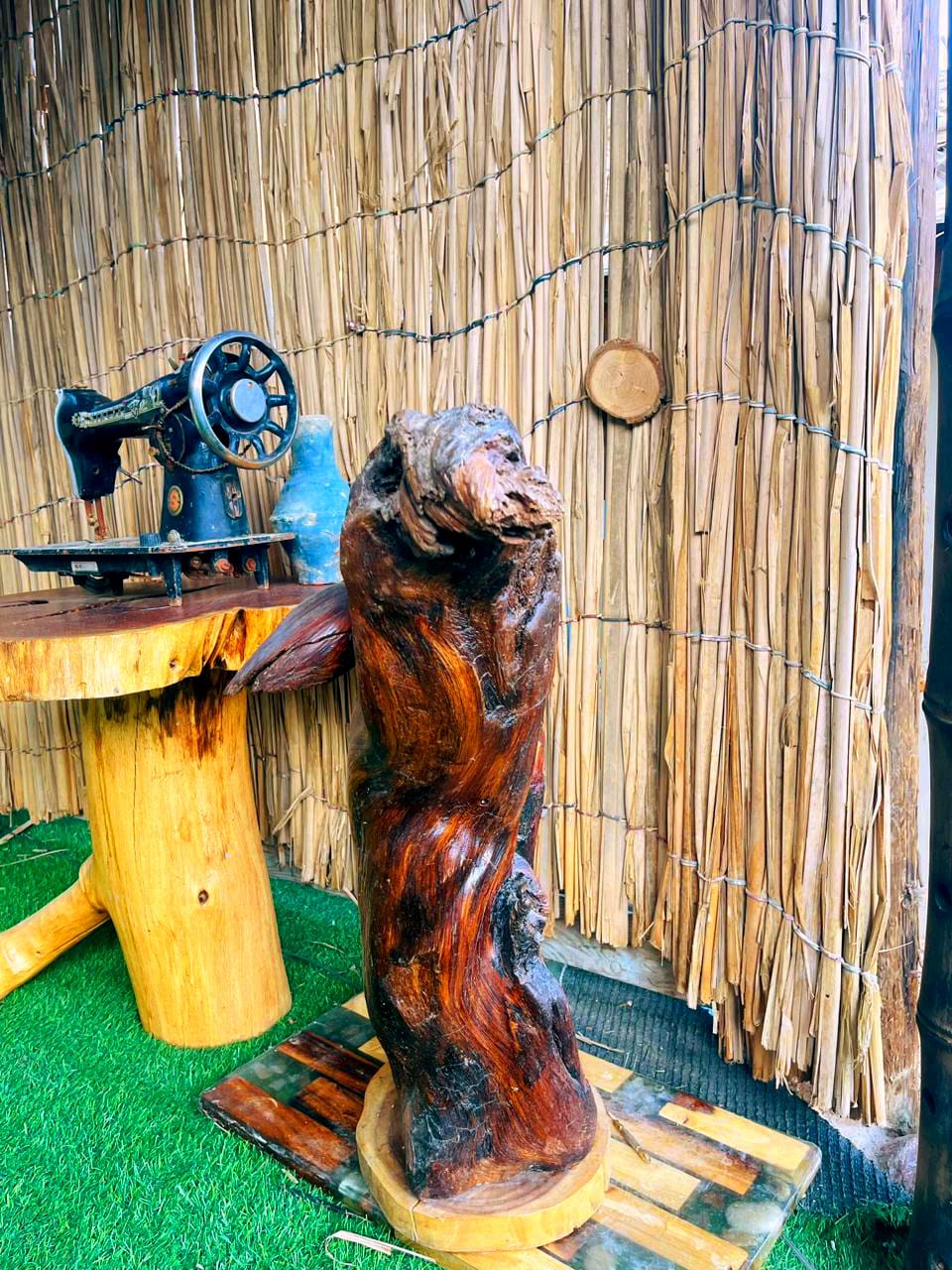 Antique from the trees 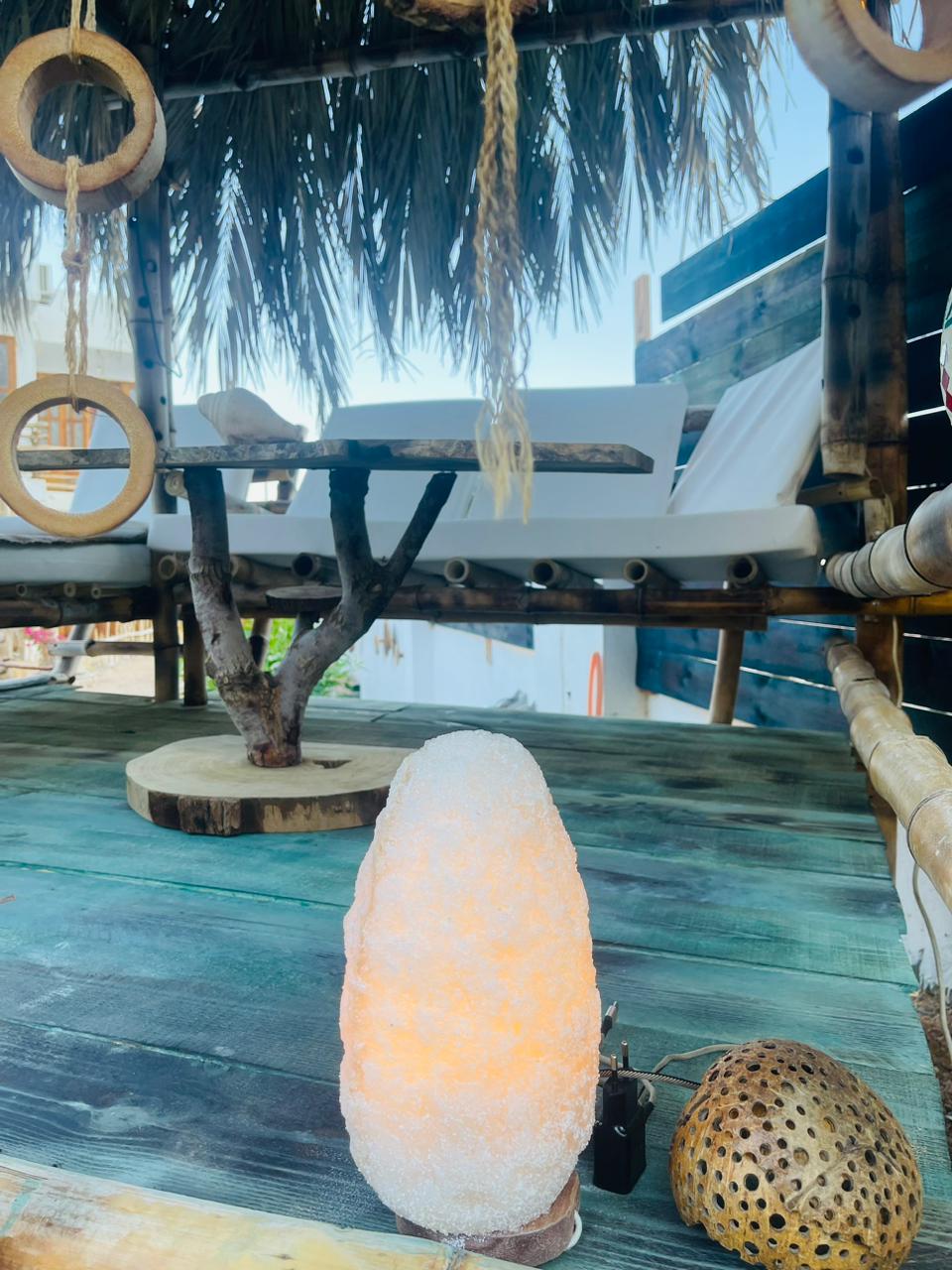 Pergola from the trees 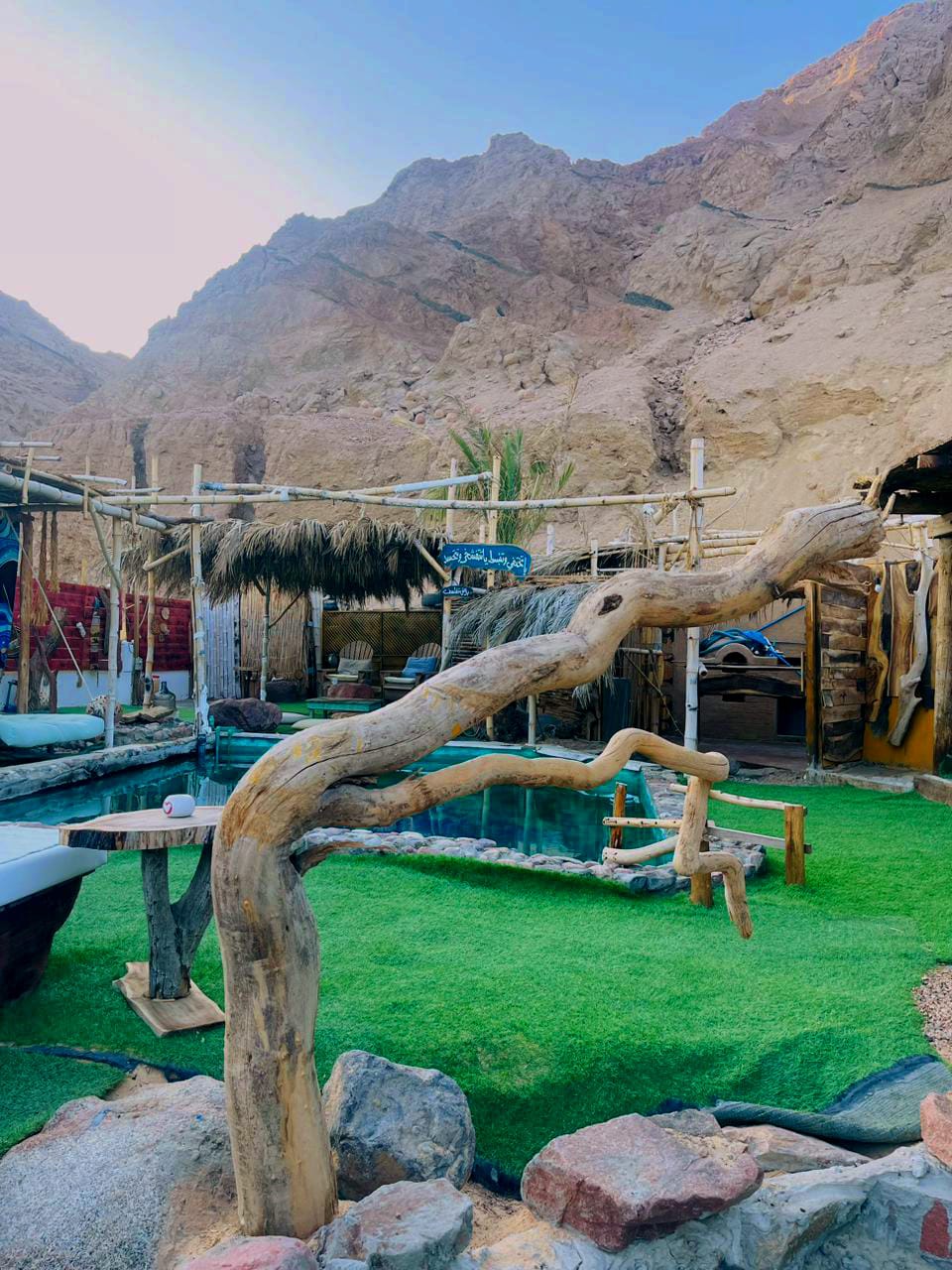 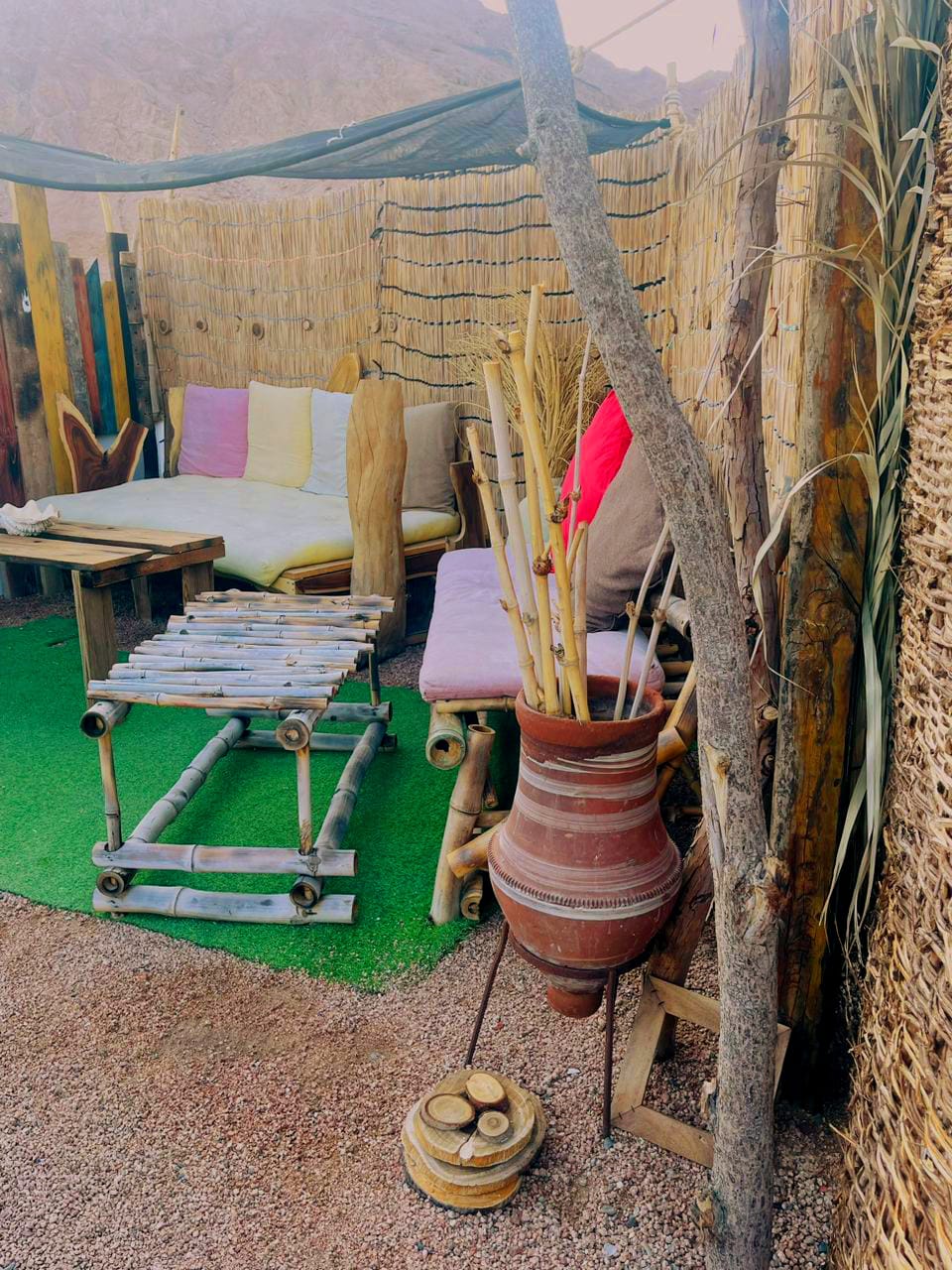 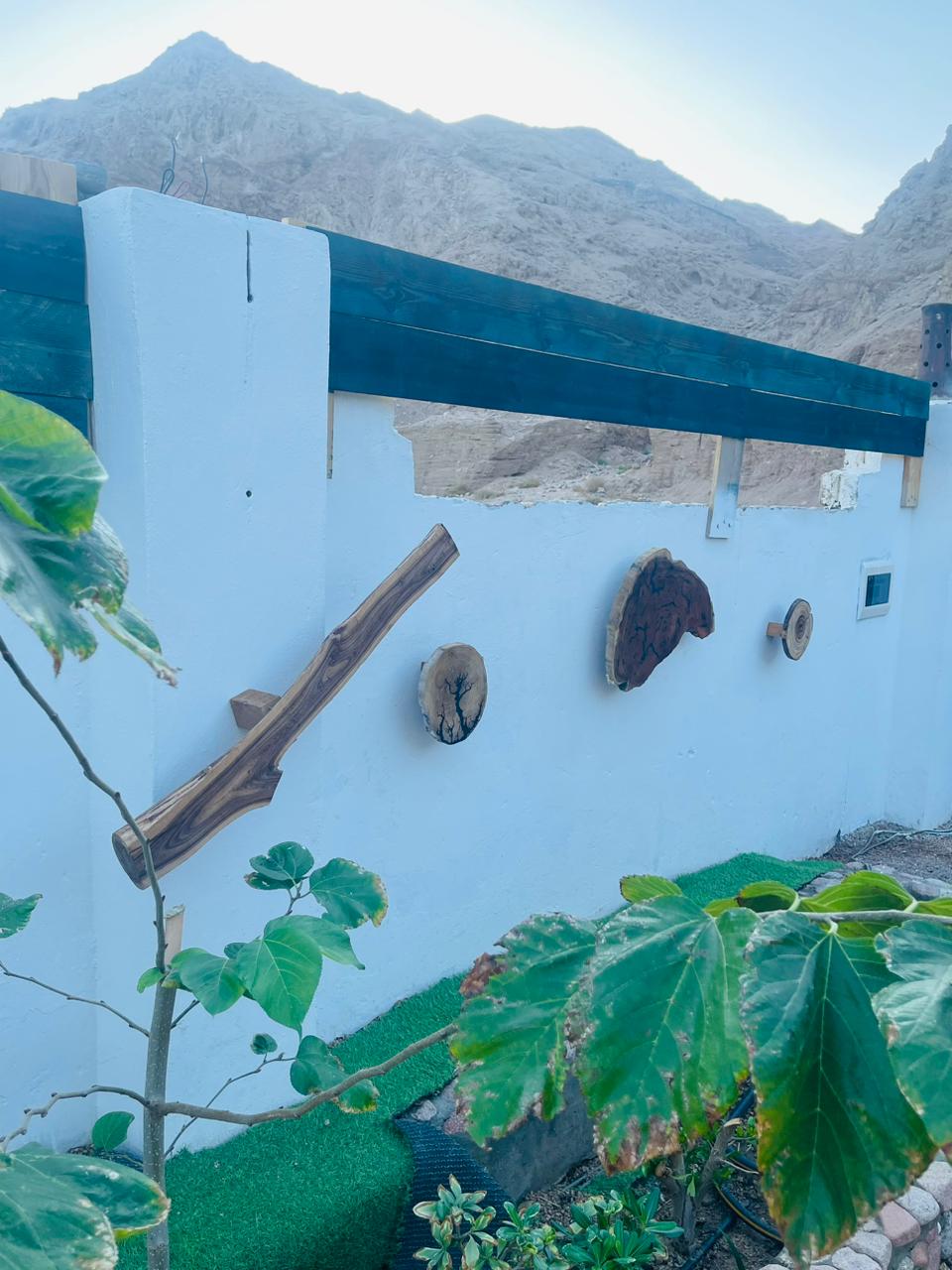 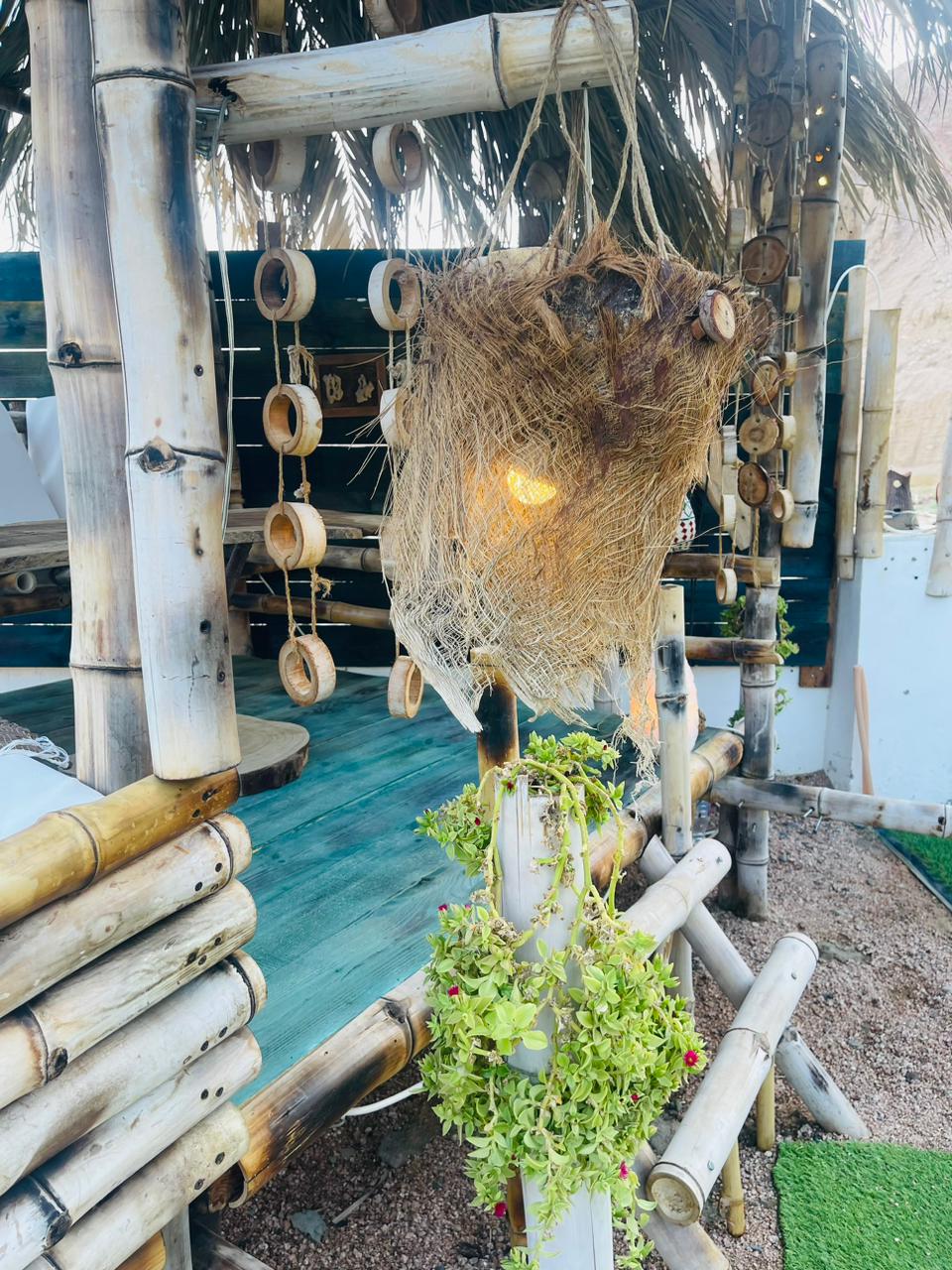 Najaf from the grid 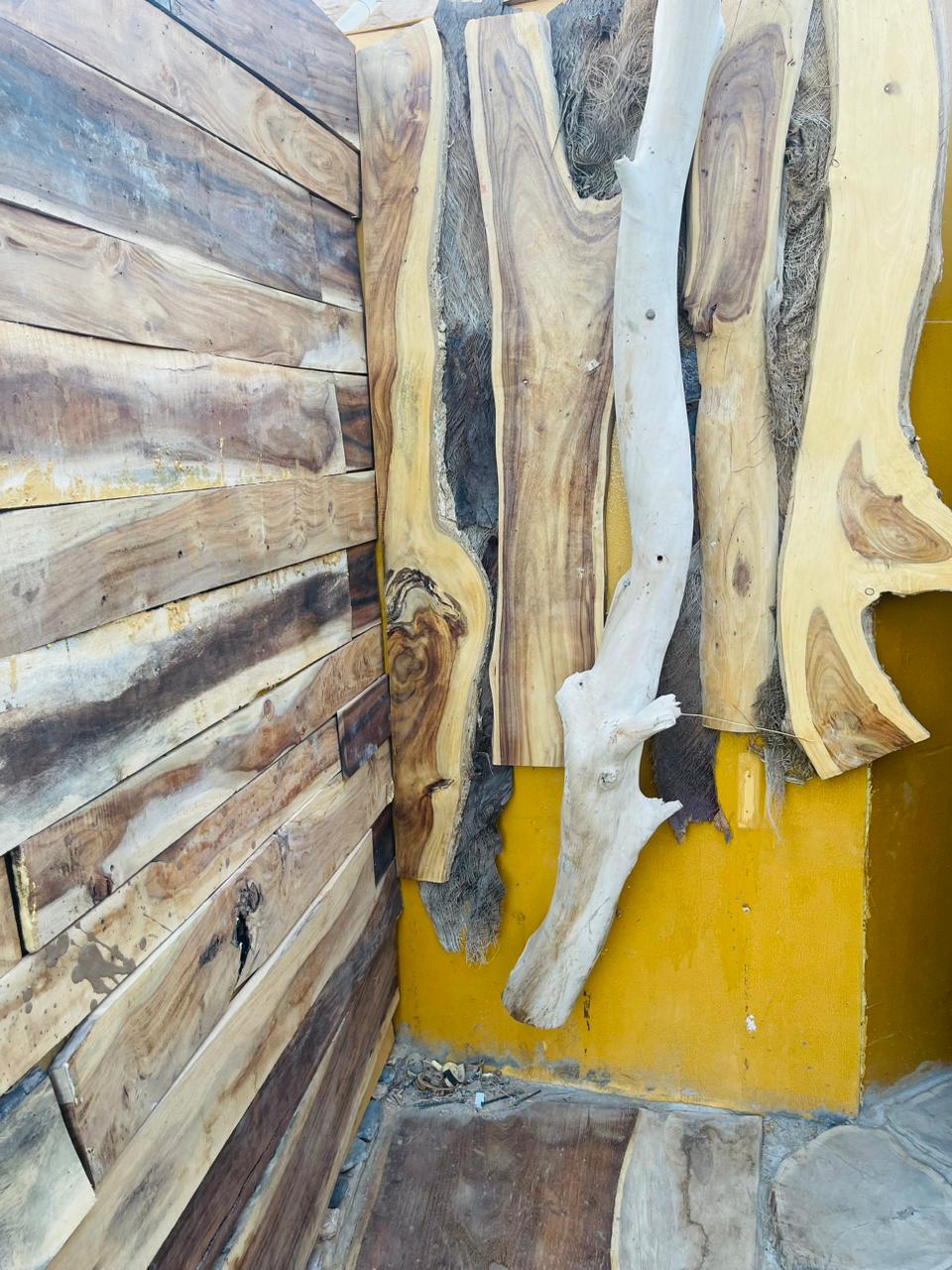 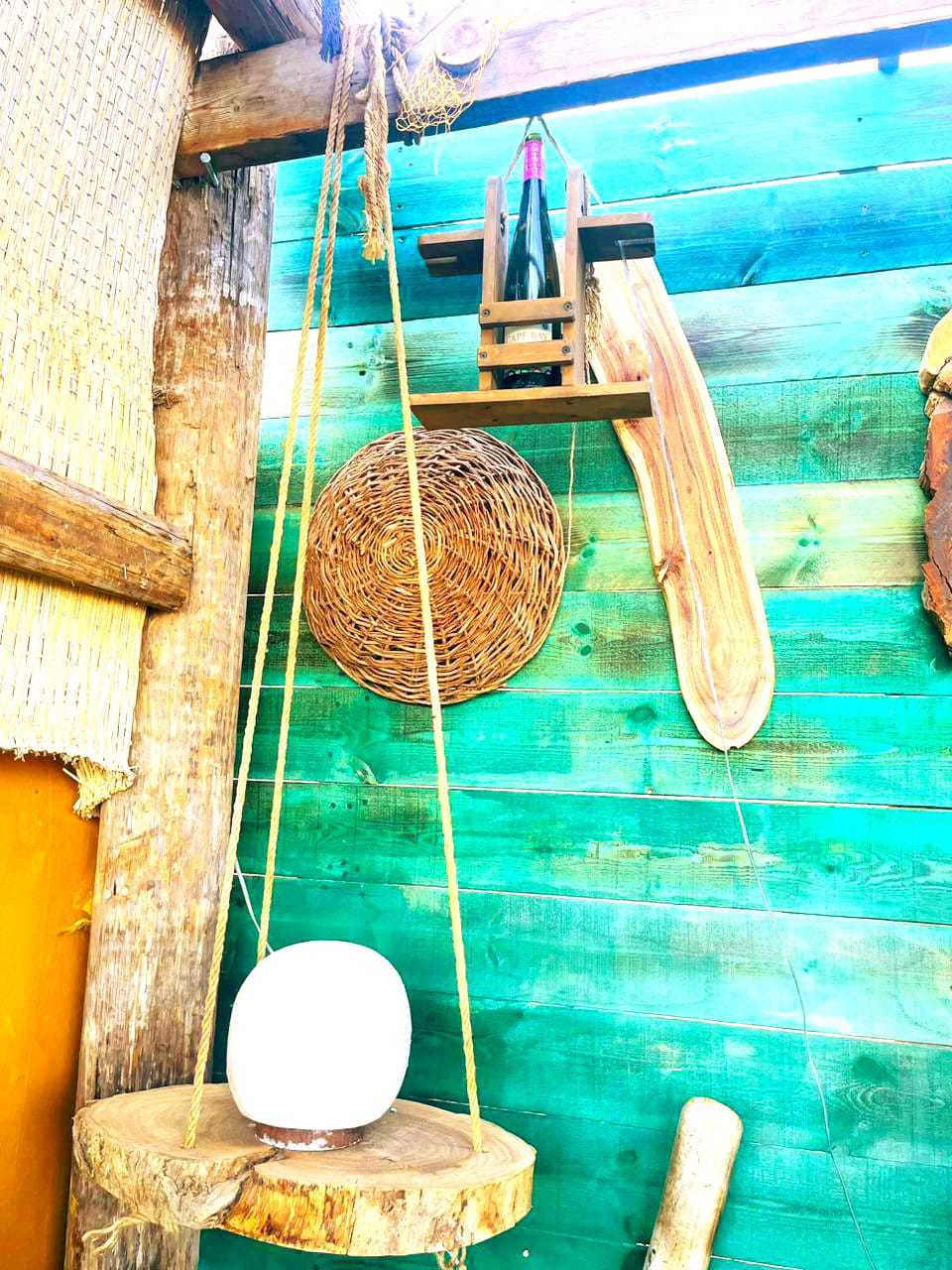