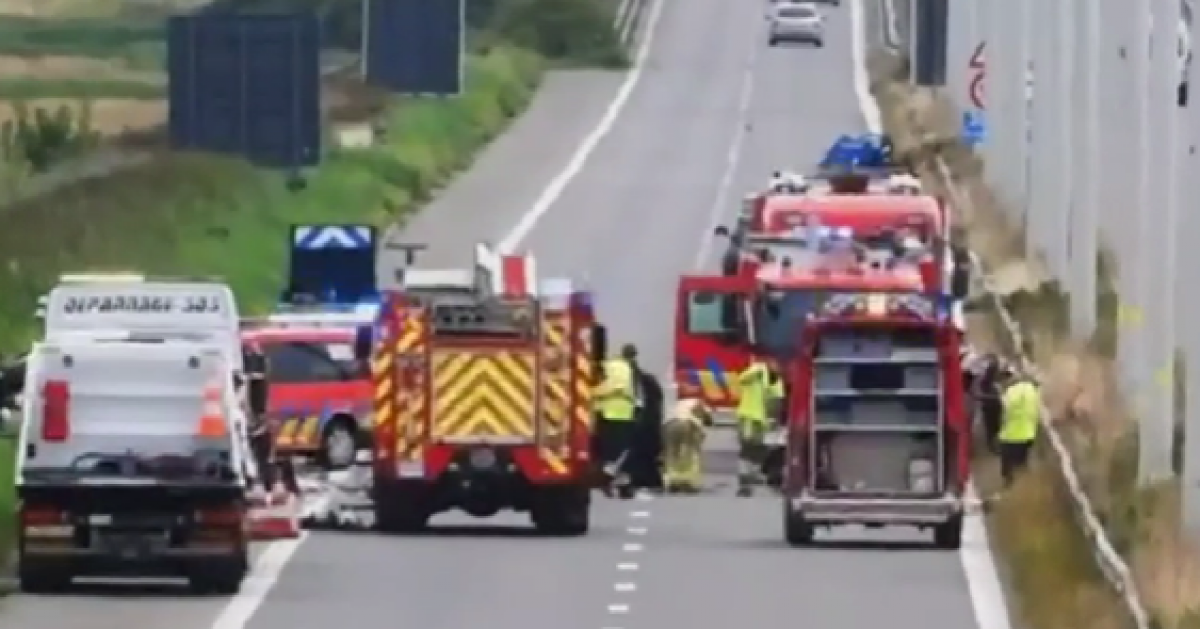 A ghost driver died in a serious traffic accident at 11:40 a.m. on the E40/A10 motorway towards Ostend, near Zandvoorde, on Saturday afternoon.

While a motorist driving a motorhome was driving near Zandvoorde, he was suddenly confronted with a ghost driver on Saturday afternoon. The shock was terrible and the latter, aged 31, died instantly. The occupants of the motorhome were taken to hospital with serious injuries. The exact circumstances of the incident are still under investigation by the police and the prosecution.

According to the ghost driver’s uncle, the latter had been battling psychosis for several years: “He sought help, but never received it…”, he regrets to our colleagues from Laatste Nieuws. According to him, the driver went to the emergency room of the Ostend hospital on Friday evening to ask for help, but they referred him to the police. And to the police, he was referred to a doctor on call…

According to those close to him, the driver was under the influence of drugs at the time of the tragedy: “It’s horrible, but he didn’t want to cause such havoc. My nephew was a nice boy with a heart on his sleeve.

All hope that the other victims will come out of it: “What happened to the occupants of the motorhome is terrible. We give our full support. We hope they will all recover completely”.

Which cell phones have the most powerful processors in the world? | android | phone | iPhone | Smartphone