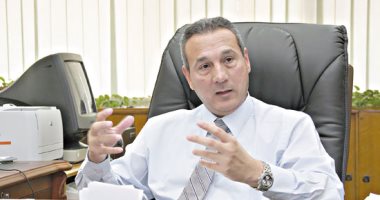 Mohamed El-Etreby, head of the Egyptian Banks Association, said that the decision to raise the interest rate was inevitable by the Central Bank to deal with inflation.

He added, during a telephone interview with the media, Ramy Radwan, on his DMC evening program broadcast on the DMC channel, that the central bank raised 2%, and this is the minimum event if we had not taken this, we would have reached an inflation rate of 70%, pointing out that he witnessed in 2017. Inflated and exceeded, indicating that we do not control the war between Russia and Ukraine and do not know when it will end, but there is a strategy by the Central Bank to confront it.

He added that raising the interest rate causes an increase in the price of the dollar by saying this is completely untrue, stressing that the certificate of the National Bank and Egypt with an interest of 18% is continuous and for a period of one year, adding that 690 billion pounds is the proceeds of 18% savings certificates in the National and Egypt banks.

He explained that Egypt raised the interest rate after raising the US Federal Bank, and the Fed expected to raise interest rates again during the coming period, stressing that what is happening in the world as a result of Corona and the Russian-Ukrainian war, the Central Bank is monitoring global inflation.

Health. IQ impacted in the event of a severe form of Covid-19