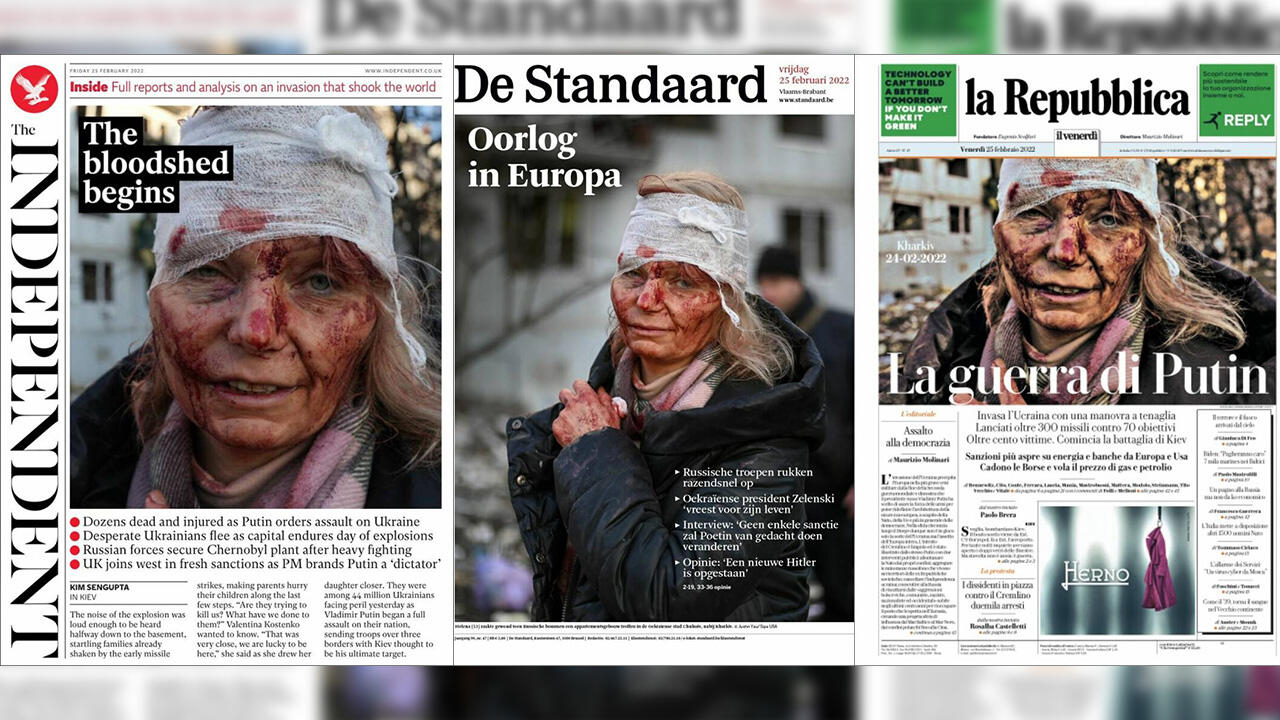 The same scene is found in one of many European dailies on Friday to illustrate the brutality of the Russian intervention in Ukraine. In these photos, a woman injured in the first hours of the outbreak of military operations, during bombardments on the city of Tchouhouiv, which is located a few kilometers from the Russian border.

“Helena, a 53-year-old teacher, cries in what remains of her apartment in the town of Chuhouiv, south of Kharkiv. She was injured by shards of glass (…)”, writes on his Instagram account Justin Yauphotoreporter present, Thursday, February 24, in this Ukrainian locality after the outbreak of Russian military operations.

The photo of this freelance photographer, who works for various media through the agency Sipa USA, was selected to illustrate the violence since the start of the invasion in Ukraine, while the Russian authorities claim to have targeted military objectives . The Belgian daily De Standaard publishes it under the title “War in Europe”.

Photographer Wolfgang Schwan was also on the scene and captured the same scene. His photos, distributed by Anadolu Agency, are found in many newspapers, just like that of a grieving man in front of a corpse. On his website, Wolfgang Schwan specifies that he is based in Philadelphia and works for many American and European media.

It is in the United Kingdom that the images of these two photographers have been used the most, illustrating the front pages of the daily newspapers of The Times, The Guardian, The Independent and The Scotsman. The tabloid The Sun also made this choice, with a vignette of “Putin the murderer” and the shocking title: “His blood on his hands.”