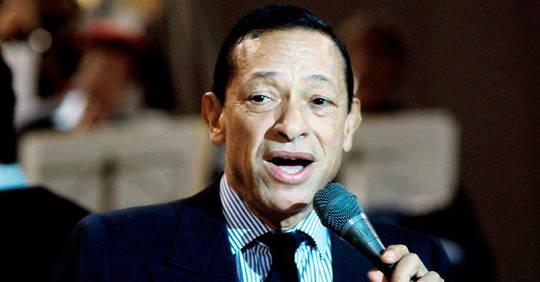 He is an artist who will have marked the history of French music. Composer, guitarist, singer, humorist and even actor, Henri Salvador left his mark on the XXe century. Google pays tribute to him this Saturday, November 28 through a Doodle illustrated by French artist Sébastien Gravouil. Just twenty years ago, “the French artist par excellence” received the 2000 record prize from the Charles-Cros Academy for his entire career.

It began in the heart of the 1930s, in Paris. Born in Cayenne, Guyana, in 1917, he arrived twelve years later at the port of Le Havre. But, it is in the capital, discovering the records of Louis Armstrong and inspired by the sounds of Django Reinhardt, that he will take the plunge, guitar in hand on the terraces of cafes. Spotted by the gypsy musician, he rejoins his group. Briefly a member of the army, he then joined, between 1941 and 1945, the orchestra of Ray Ventura, which then traveled to South America. On his return to France, he very quickly found success with his first solo scene in October 1948 at the Bobino. The kick-off of a true musical epic notably marked by Love sickness in 1948 or A sweet song in 1950.

In 1956, on two occasions, he was invited to participate in the program The Ed Sullivan Show in the USA. The beginning of a love affair between him and the small skylight since it will give a new dimension to his career during the 1960s. While he recorded a few years earlier some of the first rock’n’roll tunes in French, he explodes with his humorous songs on television, notably in the variety shows of Maritie and Gilbert Carpentier. A time during which he will perform songs that have gone down in history, such as The lion is dead tonight, Work is health or In my island.

Less visible during the 1980s and 1990s, it made a comeback from 2000, consecrated by the record price of the Charles-Cros Academy. Four years later, he was made Commander of the Legion of Honor. In 2006, he released his last album, Reverence, and the following year, for its 90 years, an anniversary concert in Monaco. Henri Salvador finally died on February 13, 2008 of a ruptured aneurysm.