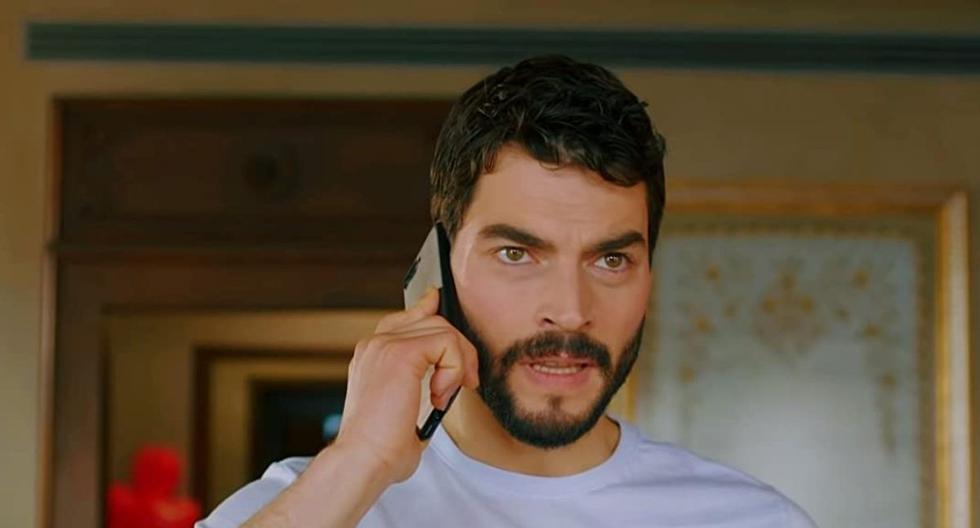 The soap opera “Hercai” is a Turkish production that has crossed borders and after succeeding in its country, it managed to conquer Spain and some Latin American countries. But the Ottoman success that tells a story of love, betrayal and revenge is also broadcast by the Telemundo signal where it has become one of the public’s favorites and will now have a new time slot.

MORE INFORMATION: This is what actress Ebru Şahin from “Hercai” looked like a few years ago

“Hercai: love and revenge” is starring the actors Ebru Sahin Y Akin Akinozu, who play Reyyan and Miran, respectively. They will have to go through different situations that endanger their love relationship, although everything will change when a great secret of their families is revealed.

The Ottoman drama is currently broadcast on the signal Telemundo, a channel that also gave the public the series “Malverde: the patron saint”, a period production that has entered its final stretch with its last chapters.

MORE INFORMATION: The photo shoot with which Akın Akınözü greeted the year 2022

Given this, it will beHercai: love and revenge” whoever takes the reins of primetime in Telemundo. This has generated joy among the fans of Turkish productions that have become the favorites of the public in various parts of the world.

THE NEW SCHEDULE OF “HERCAI” ON TELEMUNDO FROM THURSDAY, JANUARY 27

The soap opera “Hercai: love and revenge” enjoyed great popularity in Turkey, being one of the most viewed in that territory. Its 69 episodes of 150 minutes each could also be seen in countries such as Chile, Argentina, Peru, Spain, among others.

the sign of Telemundo also broadcasts the episodes of “Hercai” and from Thursday, January 27, the Turkish soap opera will have a new schedule because “Malverde: the patron saint” comes to an end a day early, according to People in spanish.

“Do not miss this Wednesday, January 26, the grand finale of Malverde at 10 pm / 9 pm. Thank you very much for joining us and for watching us throughout this great story.”, published the actress Carolina Miranda, in one of her Instagram stories.

UNTIL WHEN WILL TELEMUNDO BROADCAST TWO CHAPTERS OF “HERCAI” PER DAY?

The soap opera “Hercai: love and revenge“It will have two chapters per day only until February 14, the date on which the telenovela would be released”Passion of hawks” 2, As reported People in spanish.

The drama of “Hercai” is centered on Reyyan, granddaughter of the Sadoglu, one of the most powerful families in Midyat, as well as one of the cruelest. Since she is not the biological granddaughter of Nasuh, the leader of the clan, the young woman is constantly mistreated and humiliated at the expense of her cousin Yaren.

However, that does not prevent They watch, Yaren’s fiancé, falls in love and eventually marries her. After their wedding night, and after consummating their marriage,

Reyyan finds out that Miran only married her to get back at her family. In time, secrets will be revealed as Reyyan and Miran try to cherish their love despite all odds.

HOW MANY CHAPTERS DOES “HERCAI” HAVE?

In its original broadcast, the soap opera has a total of 69 episodes, which have been divided into three seasons. Season 1 features 12; the second, 26 and season 3, 31.

HOW MANY SEASONS DOES “HERCAI” HAVE?

“Hercai” is made up of three seasons already released in its country of origin. The first installment has 12 episodes and was broadcast between March 15, 2019 and May 31, 2019.

WHO IS EBRU ŞAHIN?

Ebru Sahin is a Turkish actress and model. She has won multiple awards for her acting, including Best Actress at the Golden Butterfly Awards, and is known for her leading role in the series “Hercai”.

Şahin graduated from Istanbul University in Sports Science, and after that he started taking acting lessons. He made his film debut in 2016 with a role in the film Kan Parasi.

Then, he made his television debut in 2017 with a supporting role in the television series Savaşçi. After being cast in other supporting roles in İstanbullu Gelin and Yasak Elma in 2017 and 2018, she had her first leading role in TV series Hercai as Reyyan Şadoğlu. For this role she received a Golden Butterfly Award for Best Actress in 2020.

Actor Akin Akınözü was born on September 22, 1990 in Ankara (Turkey). He is the only child of actress Özlem Akınözü and Tamer Akınözü, and is of the zodiac sign Virgo.

The passion for acting is thanks to his family because his mother is the renowned actress Özlem Akinözü, his maternal grandfather Sureyya Arin was one of the pioneer presenters of Turkish television on the TRT network and his great-uncle Suha Arin is known as the “The father of Turkish documentaries”.

Akin Akınözü confesses that he likes cinema and among his favorite films are “The Lion King”, “Titanic” and “Matrix”.

His acting career began in 2014 with secondary appearances in various television series such as “Kösem, la sultana” and “Arkadaşlar İyidir”. “Aslan Ailem”, from 2017, was his first star, in the role of Murat Aslan, although his big break came in 2019, with “Hercai”, a story of love and revenge that involves two families who have a past that enemy.

Regarding languages, he speaks his mother tongue, Turkish, and English because he lived in the United States for about six years and learned some Spanish.

MORE INFORMATION: Akın Akınözü, the “Hercai” actor who was not ashamed of his obesity

WHAT HAPPENED WHEN AKIN AKINOZÜ HEARD HIS VOICE DUBBED INTO SPANISH?

In the United States the successful telenovela “Hercai: love and revenge” was broadcast by the Telemundo network and whose season ended on October 25, 2021.

One of the main characters in the Ottoman production was Miran Aslanbey interpreted by Akin Akinözü who went from being an unknown actor to earning the respect of the Hispanic public in that country.

The success obtained by Akinözü also depends a lot on the effort made by the dubbing actor who allowed his character to be understood by thousands of Spanish-speaking people.

The voice actor is Darwinn Le Roy, a young man of Chilean nationality who lent his voice to bring Miran to life. It was so Akin Akinözü he managed to hear her voice but in Spanish.

“It’s a bit weird (hearing in that language) because you’re used to seeing your character speak in their native language; however, it seems to me that it works and more importantly, it makes sense. I was able to grasp the universal language of emotions”, expressed Akin Akinözü to the magazine People in spanish.

WHAT WAS IT LIKE TRANSLATING THE ACTOR AKIN AKINOZÜ?

the voice actor Darwinn Le Roy He also revealed what the experience of translating the actor’s dialogues was like. Akin Akinözü in the soap operaHercai” when he played Miran Aslanbey.

“Without a doubt it is one of the most difficult jobs I have had so far (…) It was a tremendous physical, vocal and emotional wear”, maintained the Chilean artist to People in spanish.

On the other hand, he highlighted the good experience of being part of “Hercai” through language dubbing.

“It is the most demanding job I have done so far. For me, it marks a before and after in my career as a voice actor. An anecdote that I remember was that once after recording a long screaming scene, outside and in the rain, I had to ask for a couple of days off because I felt a little resentful”, sentenced the actor.

Nacional wins the classic against Junior at the Atanasio Girardot