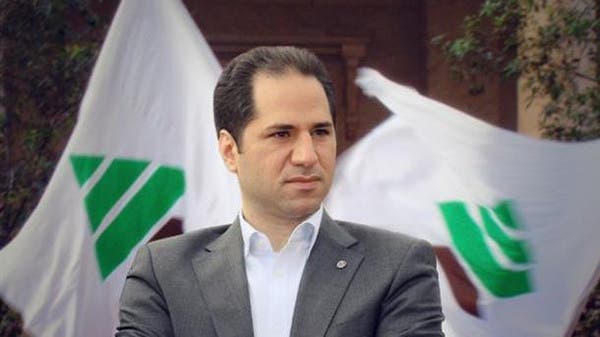 The head of the Lebanese Kataeb Party, Sami Gemayel, confirmed in an exclusive statement to Al-Arabiya/Al-Hadath that Hezbollah wants to bury the issue of the Beirut port explosion.

Gemayel had previously confirmed that Hezbollah was tightening its grip on Lebanon, noting that it had moved to the judiciary “to break it and subjugate it.”

Today, Thursday, Gemayel said in statements to the local MTV channel, that Hezbollah uses all its tools to control the state, “from weapons to disrupting the presidency and disrupting governments.”

and about today’s events In Beirut, the head of the Kataeb Party pointed out that “the same scene today led to the Lebanese war and will be repeated because the same factors exist.”

“We do not want any drop of blood to fall in Lebanon, and if the officials are not able to work, let them leave their posts,” he added.

He also stressed that “we should not go to a sectarian confrontation as Hezbollah wants.”

He explained that “Hezbollah is provoking all the Lebanese, and we must be united in this confrontation.”

It is noteworthy that the violence that took place in the Tayouneh area earlier today, led to the killing of 6 people, according to what the Ministry of Health announced, while the Red Cross reported that its teams were working to evacuate families from the site of the clashes.

While members of Amal and Hezbollah deployed with heavy weapons in some areas, some of them also launched rallies shouting sectarian slogans.

These violent events came in a rapid, dramatic development in front of the Palace of Justice today, after supporters of the two parties called for a demonstration against the judicial investigator in the Beirut port case, after days and rounds of arrivals from Hezbollah against Judge Tariq Bitar.