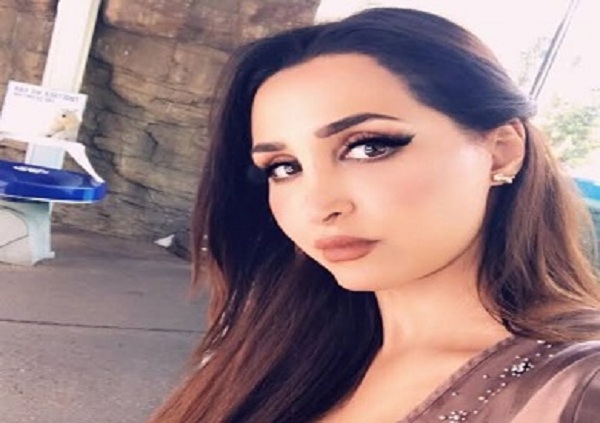 Al-Marsad newspaper: The new look of the fashionista Hind Al-Qahtani caught the attention of the followers, after she appeared with light-colored wavy hair, instead of the loose hair that she used to appear with since her beginnings.

Followers interacted greatly with the new “look”, and circulated videos widely, expressing their admiration for the wavy hair and how beautiful it is on Hind Al-Qahtani.

Hind appeared in a video clip, which she shared through her personal account on Snapchat, in which she decided to talk about her health crisis and reassure the followers.

Al-Qahtani said that she preferred to appear by herself to reassure her fans of her health, describing her health currently as improving and becoming like a horse.

She explained that so far she does not know whether she was actually infected with the Corona virus, or if they have similar symptoms, pointing out that her voice has begun to improve a little, because she has suffered both during the past days, due to the difficulty of speaking.

Hind Al-Qahtani confirmed during the video, that on June 15, some symptoms began to appear on her, such as a cold and a runny nose and eyes. On the second day, she posted an advertisement for a cosmetic product. On the same day, she was going out on a trip with her children, but everything was canceled, due to the severity of the symptoms she was exposed to.

Hind added, that the third symptom that appeared on her, after a cold and gonorrhea, was a severe headache and from its strength, she felt an explosion in her head, as if her eyes and ears would explode as well.

The symptoms followed quickly after that, and she added tonsillitis, to the point of her suffering with swallowing. She opened her mouth to breathe and was able to swallow anything.