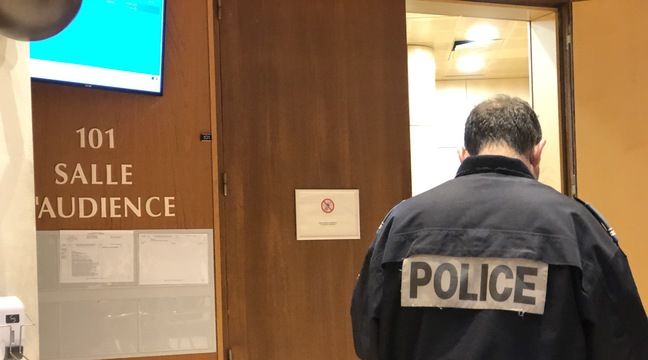 Since his arrest, the man has been stripped of all his mandates. Six months suspended prison sentence were required this Thursday against a departmental councilor of Haute-Loire, prosecuted in the criminal court
from Puy-en-Velay for
“Complicity in procuring”, alongside his companion for whom the prosecutor demanded twelve months suspended prison sentence for “procuring”.

“We are not dealing with people who have forced prostitutes on people” but “with people who have tolerated prostitution”, declared the prosecutor Rodolphe Part. Claiming a six-month suspended prison sentence against the elected, he assured not want to “make an example”: “But he committed offenses and sanction there must be”, he explained , also requesting a fine of 5,000 euros, but no penalty of ineligibility.

For his companion, owner of the lodging and the building where the investigation had noted the facts of prostitution, he required twelve months suspended sentence and a fine of 3,000 euros. “I hardly feel concerned by what is happening, I would never have thought that it would have such an impact, I have never touched anything that comes from Marie-Line”, declared the elected official. imposing, white hair, at the audience.

He admitted to having heard from the press, a few months before his arrest, of prostitution activities carried out by women lodged in his partner’s lodgings: “I told him to be careful”, he assured. Slender silhouette, blonde, dressed in black, she said “to have always worked in the social” by working with various aid organizations for the poor on whose behalf she rented accommodation to people in financial difficulty.

Prostitution, “I do not dispute that it existed, my establishment is not the only one where there is this kind of activity” but “I have never participated in anything that promotes prostitution”, a she said, saying she was “overwhelmed”. “I lost everything: my job, my family, my companion,” she explained in tears.

“The fate reserved for Marc Boléa and his ex-partner is gruesome,” said Antoine Vey, lawyer for the defendant, denouncing the “total disproportion” of the investigations carried out and pleading the release for his client. The man and his partner were arrested in early December following an investigation into the activity of prostitutes in a guesthouse and a building in the city of which she owned.

The surveillance carried out had confirmed the usual presence of a dozen prostitutes and transsexuals from Africa and South America in nine rented rooms. The Puy-en-Velay police officers had been supported by the Auvergne Interministerial Research Group and the Puy-de-Dôme judicial police service.

The judgment was reserved on March 18.

Prostitution to massage parlors: five hours of hearing for the head of the network

See Also:  of victims will summon GRDF for compensation