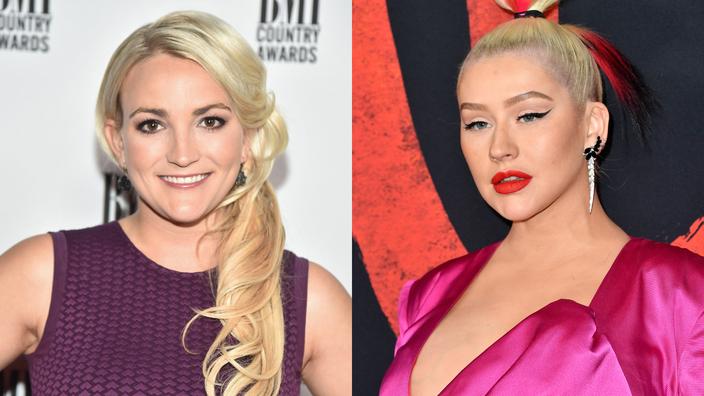 These supports come a few days after the singer’s chilling testimony before the courts, concerning the abuse she has suffered for more than 13 years.

New developments in the Britney Spears affair. Her little sister Jamie Lynn as well as her longtime friend Christina Aguilera have both decided to express themselves via social media in order to lend their support to the star. Reactions following the passage of Britney Spears in front of the Los Angeles court last Wednesday, with the aim of lifting the tutelage under which she has been placed since 2008, following psychological disorders. Her father Jamie Spears had been chosen as guardian. But according to the star, this situation would no longer be viable, and she has been trying for several years to get rid of her father’s hold. According to Samuel Ingham, court official, Britney Spears would even have declared having “afraid of his father“. The singer of Oops, I did it again wishes her father to be replaced by a professional tutor.

Monday, Jamie Lynn decided to react through stories posted on his Instagram account: “The only reason I hadn’t done it before was because I felt like until my sister was able to speak for herself, it wasn’t my place and that it was not the right thing to do. But now that she spoke very clearly and said what she had to say, I feel like I can follow her lead and say what I think I need to say.“. Known for her role in the series Zoe from Nickelodeon, the thirty-something said that she was “very proudFrom his sister.

Read also :Britney Spears isn’t sure she’ll ever be back on stage

Accused by some Britney Spears fans of not having defended her early enough, Jamie Lynn defends himself: “I think it is extremely clear that from the day I was born I have only loved and supported my sister. I mean, she’s my fucking big sister, before all that bullshit. I don’t care if she wants to run away to a rainforest and have millions of babies in the middle of nowhere, or if she wants to come back and rule the world like she has done so many times before, because I have nothing to gain or lose anyway… This situation doesn’t affect me anyway because I’m just her sister who only cares about her happiness», Not without shedding a few tears in passing.

«Maybe I didn’t support her the way the public would like with a hashtag on a public platform, but I can assure you that I supported my sister long before there was a hashtag.She said, referring to the hashtag FreeBritney used on social networks to support the singer. “And I will support her long afterShe said. “If end the guardianship and fly to Mars or whatever she wants to do to be happy, I support that 100% because I support my sister. I like my sister. As long as she is happy. So let’s keep praying. That’s all», She finished with emotion.

Singer Christina Aguilera took to Twitter, with a photo of her and Britney Spears from the 90s. At that time the singer met Britney Spears, working on the Mickey Mouse Club show with Ryan Gosling and Justin Timberlake. In 2003, the two stars made the media talk when they kissed Madonna on the stage of the MTV Video Music Awards, during their performance of Like a Virgin and Hollywood. «For the past few days, I’ve been thinking about Britney and everything she’s going through. “It is unacceptable that a woman, or a human being, wishing to control her own destiny is not allowed to live as she wishes.Christina Aguilera wrote in a tweet. “Being silenced, ignored, intimidated or deprived of support by loved ones is the most exhausting, devastating and demeaning thing you can imagine. The mental and emotional damage this can cause to a human mind is not to be taken lightly ”, she continued.

The interpreter of You are beautiful then said that “every woman should have the right to her own body, her own reproductive system, her own privacy, her own space, her own healing and her own happiness“. The singer ended her statement by dedicating her message “to a woman who worked under conditions and with unimaginable pressure. I promise you she deserves all the freedom she can to live her happiest life. My heart goes out to Britney. She deserves all the love and support in the world».

Finally, more surprisingly, another personality has spoken to defend Britney Spears: her ex-husband, the dancer and rapper Kevin Federline. Married in 2004, they quickly have two little boys, before divorcing two years later. A separation which will contribute to the serious depression of the star, and lead her to lose custody of her children in October 2007. However, Kevin Federline’s lawyer explained a few days ago in Entertainment Tonight that “if she is able to manage herself in a way where she does not endanger herself or her children if they are in her care, kevin is very comfortable with stopping the guardianship».