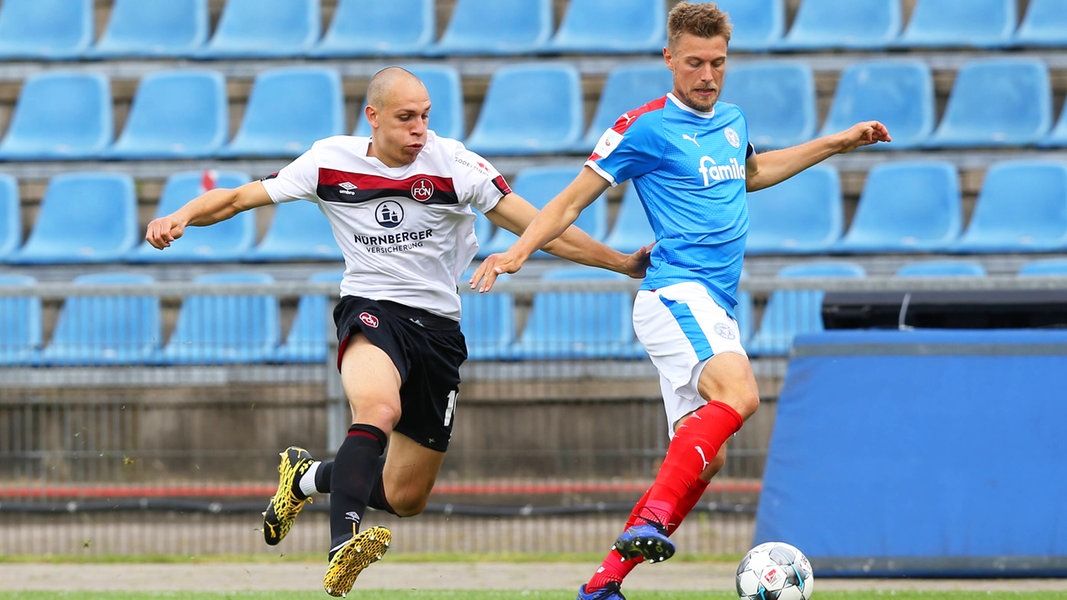 The “storks” came to a point win after a deficit against Nuremberg.

Holstein Kiel ended the season in the 2nd Bundesliga with a 1: 1 (0: 1) against 1. FC Nürnberg on Sunday. The “storks” ended an overall disappointing season in tenth place. KSV originally wanted to attack with trainer André Schubert himself, but the chapter was completed after only two and a half months. Under successor Ole Werner, who moved up from the U23 to the professionals, the relegation at least prematurely succeeded. Nevertheless, there were heads hanging on the fjord on the last match day: However, not on the Kiel side, the Nuremberg team has to go into the relegation.

KSV with a black eye through the corona round

Managing Director Wolfgang Schwenke had already explained in an interview with NDR 1 Welle Nord that he would be happy when this special season – also due to the Corona period – was finally over. Especially since the Schleswig-Holsteiners made 200,000 euros minus per ghost home game. About half of the approximately 7,000 season ticket holders had asked for their money back for the seven games still outstanding at the Holstein Stadium.

The reason why the club came through the remaining round with a black eye was because 90 percent of the sponsors and partners continued their payments normally. In addition, players, consultants and the board had foregone part of their salaries.

After a mistake by KSV keeper Ioannis Gelios, the Nuremberg team took the lead in the third minute with a header by Patrick Erras. With the “Storks”, unlike some first division teams on the previous day, there was no doubt about the willingness to give everything again at the end.

See Also:  The stumbling Munich residents now have to answer this question

The Kiel team held up well and got their first chances through Lion Lauberbach. After the storm talent had hit the outside network in the 8th minute, the 22-year-old failed ten minutes later due to the very responsive goalkeeper Christian Mathenia. Salih Özcan (32nd) and Finn Porath (36th) also had good opportunities. But it could have gone into the break with a 0-2. But Nikola Dovedan missed the goal (38 ‘), Geis’ free kick slapped the aluminum (45′).

The second half also went back and forth. The 1: 1 of Kiel was not undeserved – and really worth seeing: After a flank from Johannes van den Bergh, Lauberbach screwed up and gave Mathenia no chance (67th). The attacker cheered his third goal of the season – all after the Corona break. Lauberbach will play a major role in Kiel in the coming season, if he can be kept. While the KSV brought such a conciliatory end of the season, with two goal strikes even victory would have been possible, Nuremberg has to be relegated. Competitor Karlsruhe turned the game in Fürth and moved past the Franks to 15th place.

See Also:  The 'Aurinegra Machine' woke up: Vial reaches a tie against Conce thanks to Harbottle | Soccer

A special second division season comes to an end for Holstein Kiel on Sunday. Managing Director Wolfgang Schwenke speaks of “eventful times” and especially misses the fans in the stadium. more