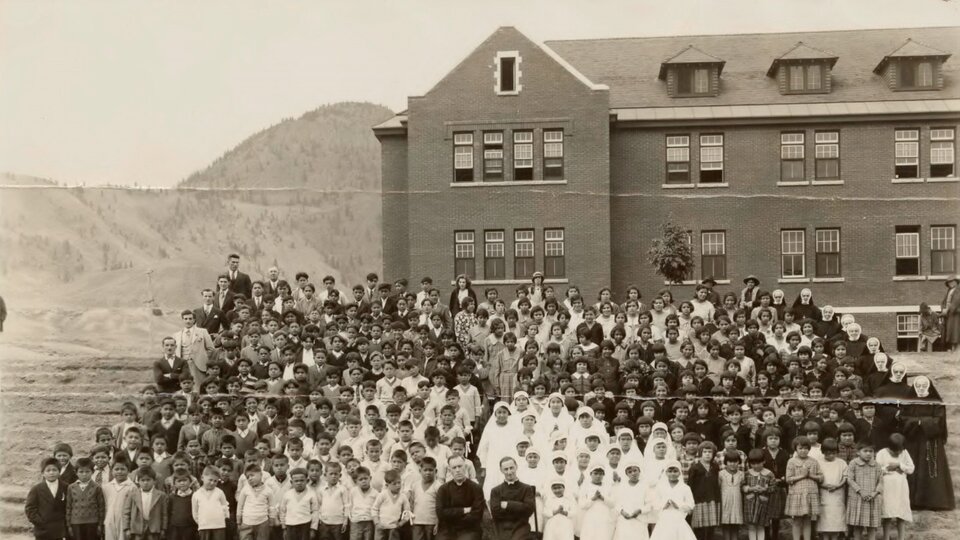 A research team recently found a Mass grave with the remains of 215 indigenous children on the Kamloops Indian Residential School, a former school located in British Columbia, western Canada, which was destined to “integrate” the original peoples of the country. The team discovered the human remains last weekend using a geradar at the site where the boarding school was located, according to the Aboriginal community. Tk’emlups te Secwepemc, in a press release.

“Some were as young as three years old,” said Rosanne Casimir, the head of the community, of the children. According to her, her death, the cause and date of which are unknown, was never registered by the boarding school’s management, although her disappearance had already been mentioned in the past by members of that community. “We had knowledge in our community that we were able to verify. At this time, we have more questions than answersCasimir said in a statement.

At the moment, community leaders are working with museum experts and the coroner’s office to establish the causes and exact timing of the deaths. At the same time, the Tk’emlups te Secwepemc community has organized to contact the communities of origin whose children attended school. Preliminary results of the investigation are expected to be released in a report in June, Casimir said.

“It breaks my heart,” the Canadian Prime Minister reacted on Twitter, Justin trudeau. “It is a sad memory of this dark and unfortunate chapter in our history. My thoughts are with all those affected by this heartbreaking news,” wrote the president, who has made reconciliation with the first peoples of Canada one of his priorities since took office in 2015.

The educational institution where the remains were found closed in 1978 and is still a symbol of a residential school system that was branded by the Trudeau as a “shameful chapter in our country’s history.” In 2008, the Canadian government formally apologized for this system.

The former boarding school, run by the Catholic Church on behalf of the Canadian government, was one of 139 such institutions created in the country in the late 19th century. It was inaugurated in 1890 and had 500 students in the 1950s. It closed its doors in 1969.

Some 150,000 Amerindian, Mestizo and Inuit children were forcibly recruited into these schools, where they were separated from their families, their language and their culture. Many were subjected to mistreatment or sexual abuse, and between 3,200 and 4,100 died, mostly from tuberculosis. The deaths of the 215 boys buried on the grounds of what was Canada’s largest residential school are believed to have not been included in that figure and appear to be undocumented.

In 2015, the report of the Truth and Reconciliation Commission of Canada, created in 2008 to investigate and denounce the school residence system, concluded that the North American country used boarding schools as a tool to commit a “cultural genocide” against the country’s indigenous population.

“For more than a century, the central goals of Canada’s Aboriginal policy were to eliminate Aboriginal governments; ignore Aboriginal rights; terminate treaties and, through a process of assimilation, cause Aboriginal peoples to cease to exist in Canada as legally, socially, religiously and racially distinct entities, “the Commission noted in its final report. “The establishment of residential schools was a central element of this policy, which can best be described as ‘cultural genocide,'” he added.

The investigating commission had heard testimony from several Native Americans who said that poverty, alcoholism, domestic violence and high suicide rates that still hit many of their communities are largely the legacy of the residential school system.

It was an educational system that forcibly separated indigenous children from their families, f says the report, which documented physical abuse, rape, malnutrition and other types of violence suffered by many of the 150,000 children who attended schools, generally run by government-sponsored Christian churches from the 1840s to the 1990s, the investigative commission concluded.

In 1910, the director of the Kamloops institution complained that the Canadian government did not provide sufficient funds to “adequately feed the students,” according to the community statement. Ottawa formally apologized to the survivors of the 2008 internees as part of a $ 1.9 billion Canadian (€ 1.3 billion) settlement.